"The Handmaid's Tale's" Samira Wiley On Her Wife, Her Wedding, And Being Out And Proud In Trump's America 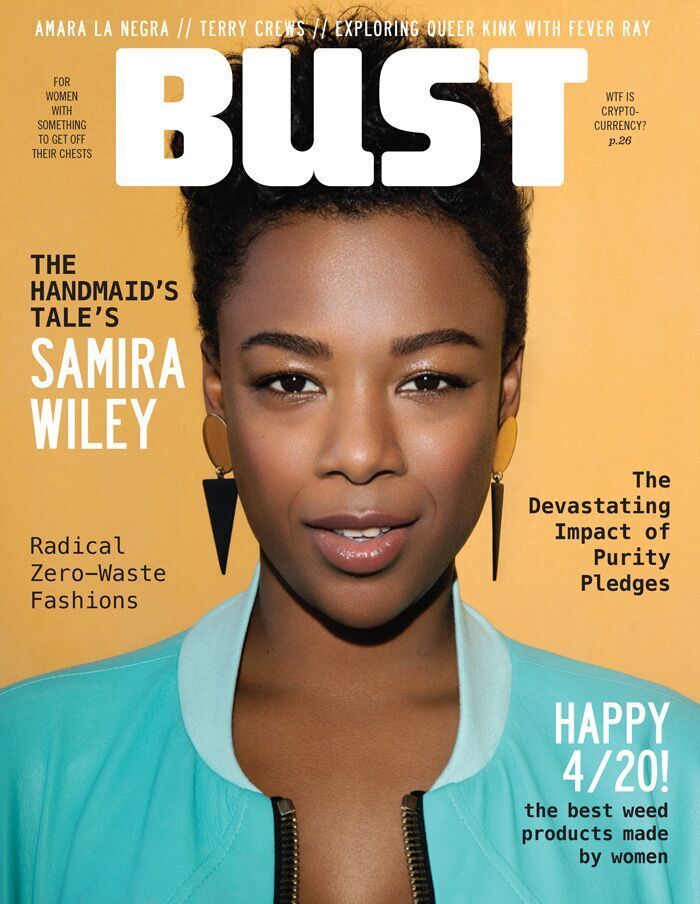 Samira Wiley first captured our hearts playing fan favorite character Poussey (that’s accent à droite, bitch) on Orange Is The New Black. When she left the show, we were brokenhearted — until we learned that her next role was playing Moira, a badass revolutionary who fights against the oppressive, patriarchal society of Gilead on Hulu’s the Handmaid’s Tale.

We’re excited to announce that Samira is our April/May 2018 cover gal — read a sneak peek of our ten-page cover story below, and catch the issue on newsstands beginning Tuesday, March 26. (Subscribers are receiving their copies in the mail this week, and you can subscribe here.)

On filming Season One of the Handmaid’s Tale during the 2016 presidential campaign:

The first half of Season One was filmed during the [presidential] campaign and it was like, "By the time this comes out, we’ll just be like, God that could have happened. Isn’t it amazing we dodged that?" And obviously that is not what happened. When Donald Trump—when 45 happened—it was surreal. At the SAG Awards, [host] Kristen Bell came out and said, "We have the cast from the documentary The Handmaid’s Tale here," and that’s kind of how it felt.

On falling in love with her wife, Orange Is The New Black writer Lauren Morelli:

I was really attracted to Lauren’s mind first before I met Lauren the person. I got her script and I was like, "This person’s really talented, I can’t wait to meet this person." Well, OK, I’m a little biased. It was the first script that my [character’s] name was actually in, where she says her name is Poussey. It’s the ‘accent a droite’ script. But then there was this rap battle in it and I was like, “Who is this writer? They just wrote a whole rap battle.” I just assumed that they were going to be a person of color. They were not. Let’s just say—shout out—my wife can write raps. But I just remember her coming to set and me being able to watch her be a boss from afar, telling whatever people to go this way, answering this question. Just seeing her literally be the person in charge was really attractive to me.

I remember those first months with her, trying to figure out her journey with her own sexuality. Feeling like she picked me as the person she was going to talk to about all of it. And it wasn’t sexual, it was just like a friend. There was something deeply intimate about that, whether there was sexual tension there or not. The deep intimacy of being two people talking about the core of who we are. Talking about our journeys. Not even necessarily flirting on set, but on the phone, thousands of miles apart, talking about Who are we? And does this make me a different person? Does this actually make me who I am now? That’s how we fell in love. 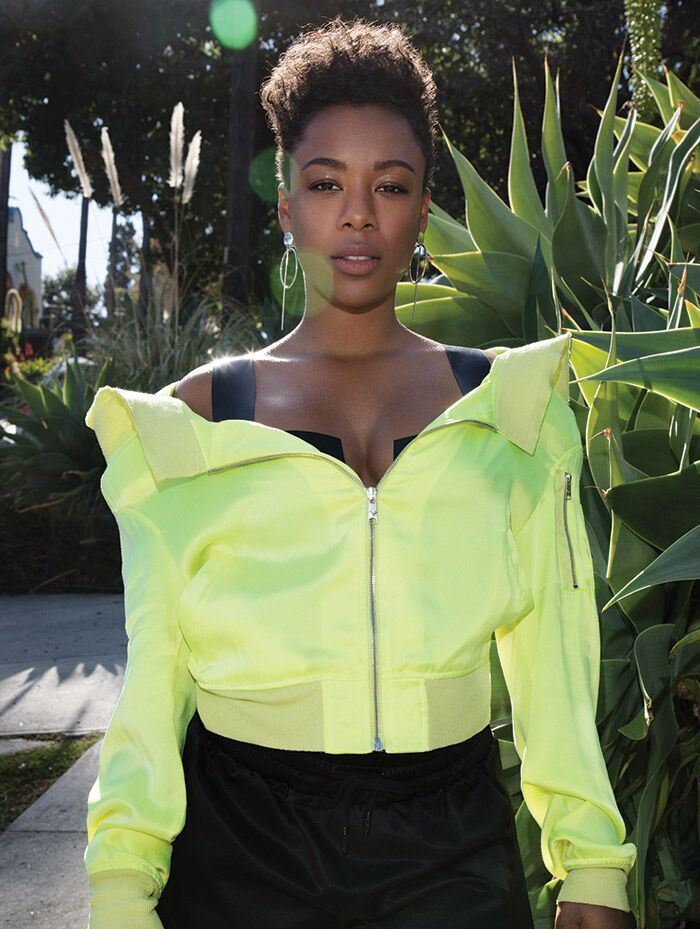 On her and Lauren’s decision to publish their wedding photos:

We were really hesitant about it at first. Then we had some conversations and we felt like, No, maybe this is our responsibility. To have the public platform that we do and to put that out there and maybe have some little girl look at it who wouldn’t have anything else to look to. Or have a couple who’s older than us—giving them inspiration that their story fits in the bigger story. There are parts of us that want to keep our private lives private and have things that are sacred, but then there are also parts of us that realize we have a responsibility to give some visibility to people in our position, and I am happy that we made the decision. It didn’t take anything away from our wedding day, it only enriched it. I feel like we were just pushing the future…not even the future, the now, forward.

On how her the Handmaid’s Tale character Moira inspires her to speak out as a black, gay actor:

Moira is such a badass. And she is someone who is never going to be in the back not speaking up. She’s always going to be in the forefront. She’s always going to be at the mic at the Women’s March. She has become a real role model for me, and I think that if I wasn’t playing this role, I don’t know if I would be as outspoken about my beliefs and where they lie when it comes to the president that we have today. Especially when it comes to the rights of people who look like me and live their lives like I do. People in the entertainment industry, for the most part, if you’re gay, that’s something that you don’t really talk about. Even if you are proud about it, you don’t flaunt it, you know? And I think that I’m finding out now that I want to be that person that someone can look to. Angela Bassett was that person for me, just by being black, honestly. I was like, She’s out there, she’s got a job, that’s what I want to do! And if I can do that for somebody, whether it’s by being an actor or by being an open, out, proud person, I hope that I can be some kind of inspiration like that.

"Orange Is The New Black's" Samira Wiley; "These Girls Will Be In My Life Forever"

Tags: The Handmaid's Tale , Samira Wiley , cover story , sneak peek , from the magazine
Support Feminist Media!
During these troubling political times, independent feminist media is more vital than ever. If our bold, uncensored reporting on women’s issues is important to you, please consider making a donation of $5, $25, $50, or whatever you can afford, to protect and sustain BUST.com.
Thanks so much—we can’t spell BUST without U.