The Outrage Against Childfree Women Is Real — And Needs To Stop 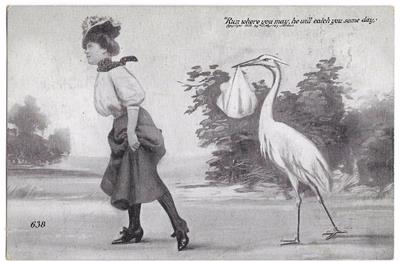 When 26-year-old Rose* tells people she doesn't want kids, she gets called "a selfish bitch, a child hater, unlovable, etc. I've also been told no man will ever love me."

A recent study by psychologist Leslie Ashburn-Nardo confirms what childfree people like Rose know all too well: that the decision not to have children inspires moral outrage in others. It's already been established that people who choose not to reproduce are perceived as less warm, more selfish, and more pitiable than parents. This new study is the first to show — according to responses from people who don't identify as childfree — that parenthood is perceived to be a moral imperative.

The impact of this perception is real, and it has real consequences.

Between the two of us, we've interviewed or surveyed over 4,000 childfree people. Most reported their experiences as part of Therese's preliminary research for her film My So-Called Selfish Life in a survey which garnered a whopping 3,600 responses in under two weeks.

In all, around 75% of our respondents told us they faced criticism or other forms of moral outrage from family, friends, coworkers — and even strangers —simply because they've said 'no thanks' to having children.

As Rose shared, "I've been told that it is my biblical duty as a woman to 'be fruitful and multiply,' and that to get married (which I'm not yet) and not attempt to have children is a sin and an offense to God."

34-year-old Emily told us that "besides the pressure to procreate because of some false sense of 'female duty,' there is a lot of stigma about being childfree in the black community. You are viewed as abnormal. To be black and proud of your heritage often means to continue your lineage."

Alana, 40, says, "I've had to blatantly tell my family to cool it with the crying and rending of garments over my 'barren womb.'"

Others have been completely estranged from family as a result of their choice. 36-year-old Caroline reported that her husband's family refuses to speak to them, noting, "our in-laws treat us like freaks." Jane, a 45-year-old artist, said, "My mother in law told me I should die. Her friends and family harassed me and told me I was worthless because I wouldn't have a baby."

Outrage isn't limited to family and friend circles. The childfree face confusion and criticism of their choice at work, too.

Kelly, a 40-year-old pediatrician, shared, "People doubt my ability at work because I don't have kids." She said her manager even qualified a positive performance appraisal by noting that "I appear to be very family-centered and surprisingly work well with families, even though I don't have kids."

Stephanie, a 31-year-old who works in IT, says her manager "very clearly identifies with fellow parents" and is "totally dismissive" of her because she doesn't have kids, even though her job has nothing to do with parenthood. Lianne, 29, says her current boss "actually demands I speak to people's babies in order to 'humanize me.'" Lianne is a yoga instructor.

Treating employees differently for reasons having nothing to do with job performance has real consequences for workplace climate and earnings. In some cases, the childfree lose; in others, it is the parents. And these differences are gendered in a way that negatively impacts women in particular whether or not they have children.

Among parents, men are rewarded with an increase in income for having children while women face an economic penalty for motherhood. For the childfree, our data suggest that workplace satisfaction and climate suffer as a result of the moral outrage and hostility they face at work.

Hostility also comes from complete strangers as well. One respondent shared that she had "been threatened with rape" after revealing she was childfree in online forums.

Whether at work, home, or elsewhere, facing hostility and outrage can be an isolating experience. Angela, a professor in her early 40s, said she is "treated like a pariah" for not having kids. She explained, "Some people think I'm broken or selfish or weird or counter — I don't know — traditional. Not having kids has definitely well-established me as 'the other.'"

Not everyone will approve or understand every choice we make. But as Amanda, a media strategist in her mid-30s put it, "It's not terrible, the single comments people make, but it adds up to like a thousand paper cuts."

Thankfully, it's not all bad news for the childfree. One man reported that while his mother still has had trouble accepting his choice, "Most of the rest of my family...are pretty accepting and supportive folks."

Sarah, a woman in her late 30s, received support from a complete stranger, saying, "Once a lady in the elevator asked me if I planned on having kids and I told her no. She said 'Smart woman! Mine have given me nothing but hell!'"

Finding support online is easier today than ever before. In 2009, a University of Oxford paper identified 18 Facebook groups dedicated to childfree interests and support. Today, well over 80 such closed groups exist and the number of public pages is even higher.

Prefer an in-person connection? Childfree meetup groups have popped up all over the US. This October, the biennial NotMom Summit, an international conference exclusively for and about women without kids, will be held in Cleveland.

While progress has been made to destigmatize what is and should remain an individual right and personal decision, Professor Ashburn-Nardo's findings reveal just how deeply embedded the cultural, political, and ideological project of pronatalism really is. While this research may not surprise childfree people, perhaps it will inspire anyone who judges them for their choice to think more deeply about why they're passing judgment and what consequences their judgment might have.

* names have been changed

6 Things You Shouldn't Say To Women Who Don't Want Kids

Seeing My Friends Have Kids Makes Me Want Them Even Less

Haters Get Mad 'Cause I Ain't Gonna Procreate

Amy Blackstone is a sociology professor at the University of Maine. Her work can be found in academic and media outlets including Ms., Broadly, The New Yorker, CNN, TIME, and others. Amy and her husband Lance live in Bangor, Maine where together they run the pop-up venue 58 Main and their blog, we're {not} having a baby!.

Therese Shechter's work fuses humor, personal narrative and grassroots activism, most recently as the writer and director of the documentary How To Lose Your Virginity. She is currently shooting My So-Called Selfish Life, a new film about women who choose not to have kids. In her spare time, she is part of the podcasting group Downton Gabby.