8 Powerful Photos That Show Why We March 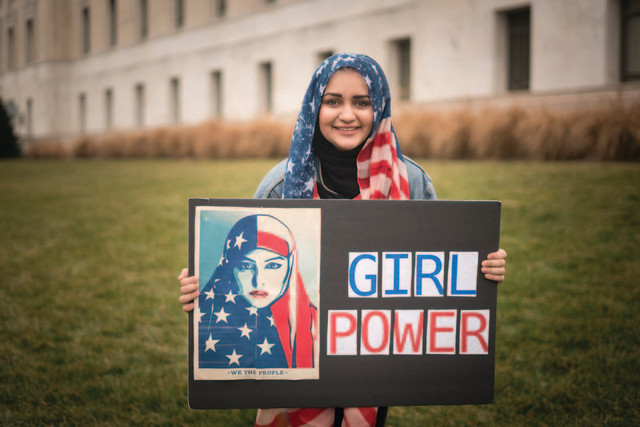 Less than two months have passed since the Women's March, but there's already a book out celebrating and commemorating the event: Why We March: Signs Of Protest And Hope: Voices From The Women's March from Artisan Books is a 264-page book of photos and quotes from Women's March on Washington and the sister marches around the world, and we're excited to share a few of them with you.

The 500 photos predominantly feature protest signs — from the powerful (Written on the stripes of an American flag: 'Love is love. Black lives matter. Climate change is real. Immigrants make America great. Women's rights are human rights.') to the funny ('Trump eats pizza with a fork!') to the simple ('UGH'). Interspersed with the photos are quotes from speeches given at the marches by powerful women. These include politicians such as Elizabeth Warren and Kamala Harris, activists such as Janet Mock, Gloria Steinem, and Angela Davis, and celebrities such as Ashley Judd and Janelle Monáe.

The book is dedicated to 'To those who marched and those who continue to march.' 'The vibrant, diverse participants photographed on this day paint a striking portrait of the Women's March — a groundswell of resistance, love, and hope — and inspire us all to keep marching on,' reads the introduction.

All royalties will be donated to Planned Parenthood. 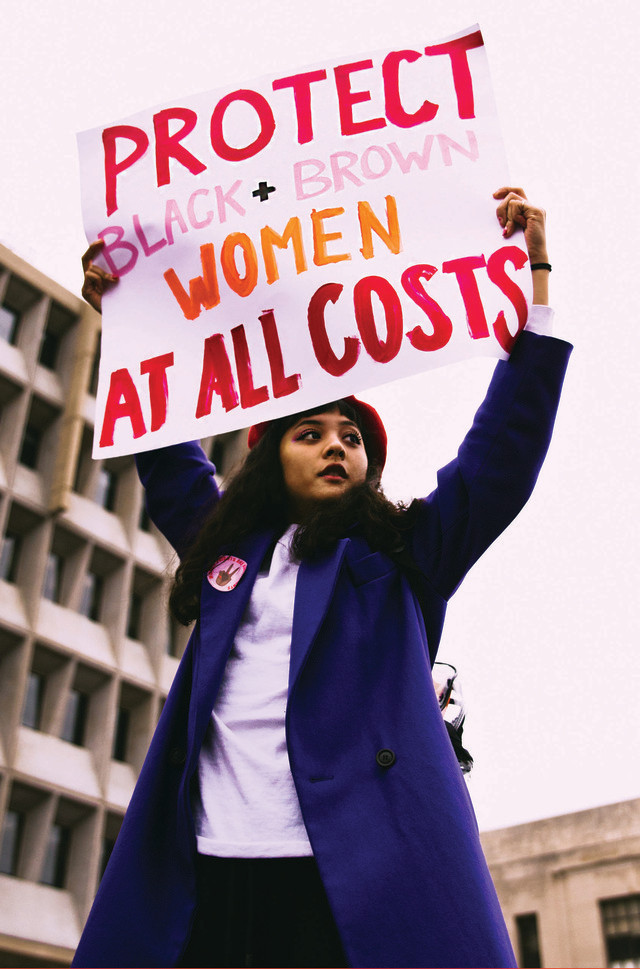 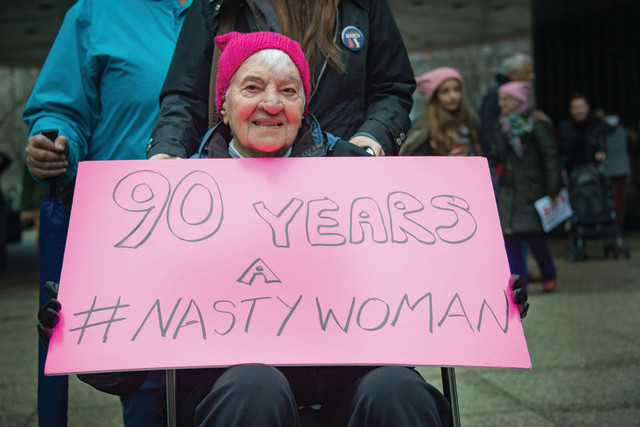 'We will not retreat when being attacked. We will stand up and we will fight.' — Senator Kamala Harris 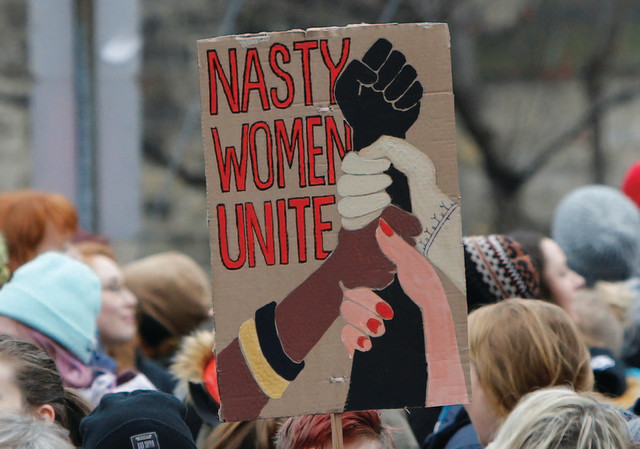 'We can whimper. We can whine. Or we can fight back. We come here to stand shoulder to shoulder to make clear: We are here We will not be silent. We will not play dead. We will fight for what we believe in!' — Senator Elizabeth Warren 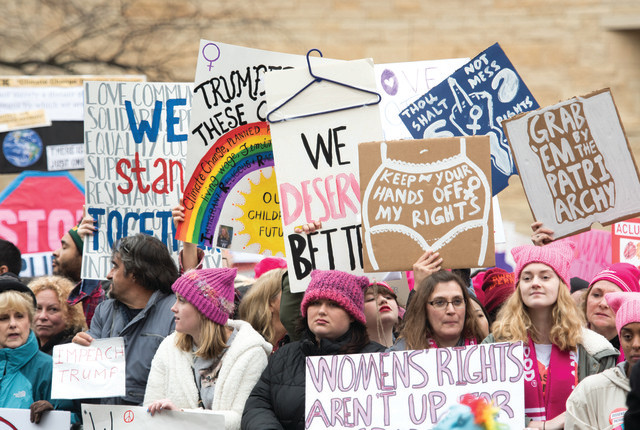 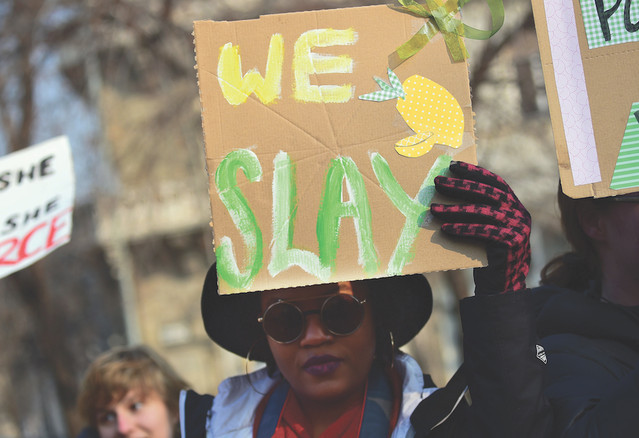 'Together we are creating a resounding statement, a statement that stakes a claim on our lives and our loves, our bodies and our babies, our identities and our ideals.' — Janet Mock 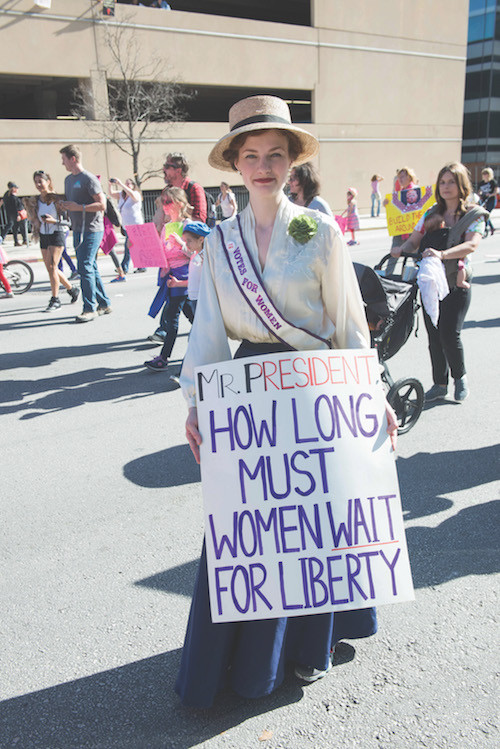 All photos used with permission

How It Felt To Attend The Women's March With Social Anxiety

12 Reasons Why Women Marched On Washington

Tags: Why We March , book , photos , Women's March
Support Feminist Media! During these troubling political times, independent feminist media is more vital than ever. If our bold, uncensored reporting on women’s issues is important to you, please consider making a donation of $5, $25, $50, or whatever you can afford, to protect and sustain BUST.com. Thanks so much—we can’t spell BUST without U.