Gina Rodriguez Of "Jane The Virgin" On Her Boyfriend, Her Family, And Her Feminism: BUST Sneak Peek 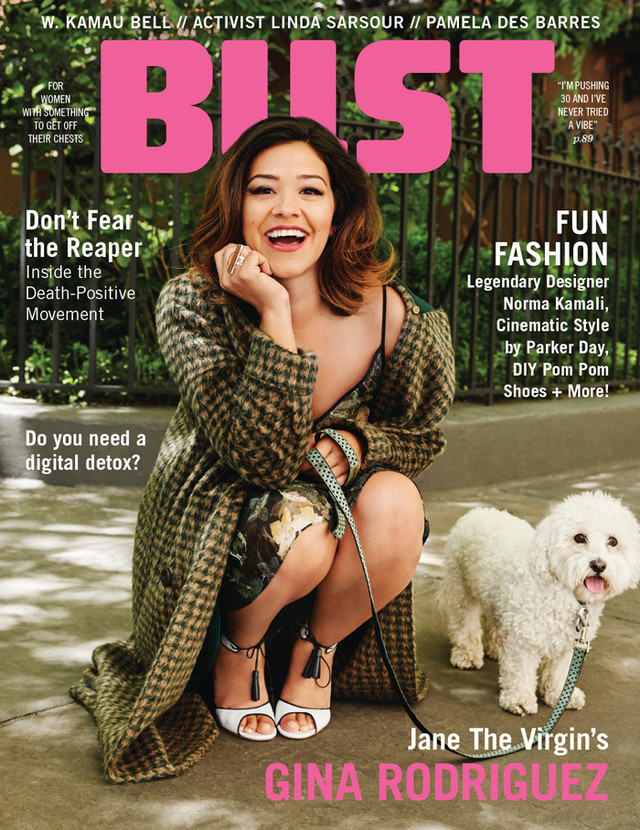 We are so excited to share that Jane the Virgin star Gina Rodriguez is our August/September 2017 cover gal! Over the past few years, we’ve been impressed with the way Gina has spoken out about the importance of diversity both in front of and behind the camera — in terms of race, gender, size and more. Plus, she’s made those of us who are Jane the Virgin fans cry more times than we can count, thanks to her incredible acting skills.

Along with gorgeous photos co-starring Gina’s BFF — her dog Casper — our ten-page cover story also includes discussion of everything from Gina’s preferred Jane the Virgin ships to her experience with purity culture to her determination to create more opportunities for Latinos in film and TV. Take a sneak peek below, and buy the issue on newsstands next Tuesday, July 25th. (Or subscribe!) 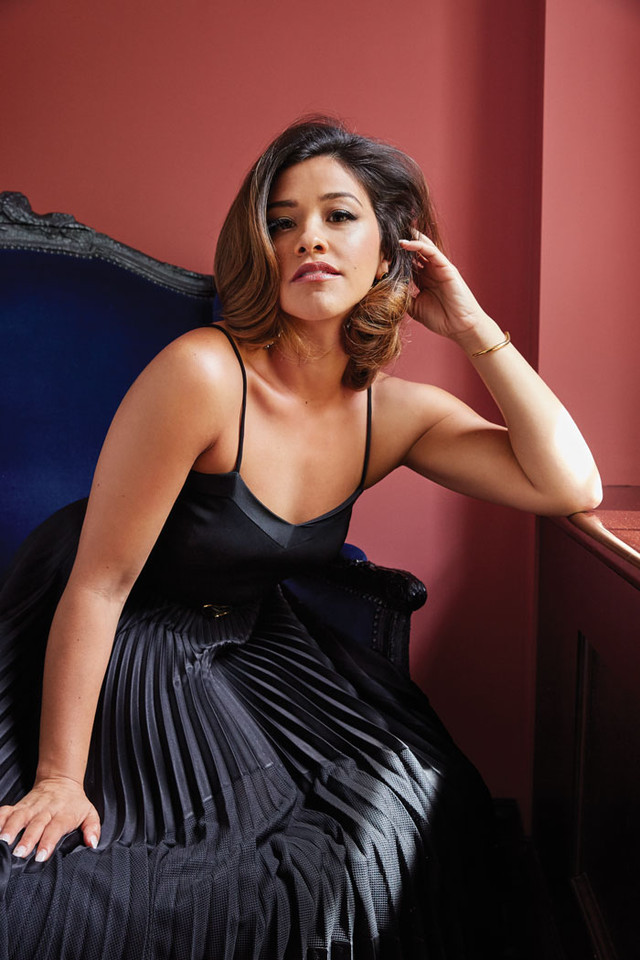 “Hell yeah [I’m a feminist]. Everybody should be a feminist. My grandmother is the biggest feminist. She is an activist, she is a voice against injustice. I grew up with that.”

On meeting her boyfriend Joe LoCicero at the boxing gym, months after he acted in a Jane the Virgin episode:

“The second time I saw him, I didn’t recognize who he was. He came in through the door and I was like ‘Good God!’ and I fell into his eyeballs. On the fourth day [that we saw each other at the gym], he asked me out, and I have been dating him ever since. Now I know what it means to date your best friend.”

On what you — yes, you — can do to see more diversity onscreen:

“Don’t consume the products [that don’t represent you]. Especially Latinos! Latinos make up 38 percent of the box office every weekend. That’s a lot! So if you want to see Latinos in big studio films, and they don’t exist in them, don’t see them, because in this industry, money talks more than anything. If you do not see yourself and your community in the ways that you want, don’t purchase tickets. If you don’t purchase, they’ll stop making [something exclusive]. If you don’t purchase, they’ll start to include.”

Amandla Stenberg Says, "Sometimes I Feel Like A Boy When I Wake Up": BUST Sneak Peek