bell hooks On The State Of Feminism And How To Move Forward Under Trump: BUST Interview 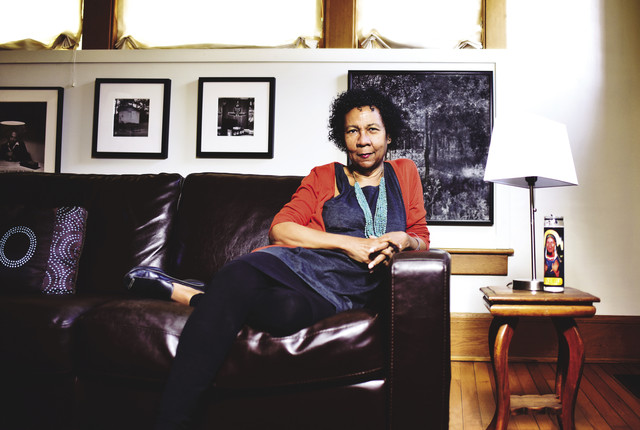 Writer and activist bell hooks helps us process the post-election state of feminism, and tells us how to move forward in the era of Trump

2016 was supposed to be a banner year for women; the year female voters helped Hillary Clinton finally break through that “highest, hardest glass ceiling” to reach the Oval Office. Instead, Americans woke up on November 9 to discover that Donald Trump, a ruthless personification of the patriarchy, had been elected president. As many disillusioned feminists tried to make sense of what it all meant, BUST reached out to one of the pioneering voices of intersectional feminism, and one of the movement’s most influential thinkers: author and activist bell hooks. For more than three decades, hooks has examined the overlap between racism, classism, and sexism, publishing more than 30 books on the topic (including Ain’t I a Woman: Black Women and Feminism and Feminist Theory: From Margin to Center). She also founded the bell hooks Institute at Kentucky’s Berea College, which works to better understand “the ways systems of exploitation and oppression intersect.” Here, we chat with hooks about the rise of Trump, the problem with benevolent patriarchs, and where we go from here.

It’s hard not to feel like Trump’s election is a huge defeat, a sign that America is eschewing feminism for someone who openly rejects women’s bodily autonomy and the idea that women have value outside of their appearances.

It’s absolutely evident that so much of the anti-Hillary Clinton campaign was rooted in misogyny and woman hating, and that in many ways she became a symbolic representation of feminism. So many patriarchal men, especially white men, really felt like feminism had taken something from them. And I think for those groups of people, Hillary Clinton losing was a sense of victory, like they were getting some patriarchal power back. But patriarchy has no gender. There were many, many women who did not support Hillary Clinton or vote for her. We can’t see this as being about one, individual, male misogynist and hater, but the whole structure of our society. Masses of people really hate and fear empowered women.

It feels like we had a false idea of the progress women had made, and this is a reminder that there’s so much work to do.

Exactly. I felt very strongly that there’s been a feminist backlash going on for some time. Why are we shocked? I wasn’t shocked. Patriarchy has not been deeply challenged enough and changed. It was just about patriarchy getting a publicly sanctioned voice and silencing a feminist voice, as if there was this war that was going on. And then patriarchy could feel like, “We are going to win this war.”

It’s funny because one of my best women’s studies colleagues here at Berea would always be frustrated with me because I would tell her that I felt very strongly that sexism and misogyny actually posed a greater threat to black women and all women than racism. She just thought, “Well, that’s ridiculous.” She’s black. The night of the election she called me and was like, “You’ve been right all along.” The sexism is so deeply, deeply embedded. If you think about public discourses on race in this past year, where are the big public discourses on feminism? They don’t exist.

“I felt very strongly that there’s been a feminist backlash going on for some time. Why are we shocked? I wasn’t shocked.”

So many progressive organizations primarily hire white men. It wasn’t lost on me that Bernie Sanders’ senior staff was primarily white men.

Bernie Sanders isn’t saying anything about feminist politics. He’s not integrating any kind of feminist politics into his vision. I think the important thing is that we see this as the continuum of patriarchal power reasserting itself, and not as though Trump invented it or makes it possible—because it has been there. It’s been there, in Hillary Clinton’s husband and all of these men—except that Hillary Clinton’s husband and Barack Obama became the benevolent patriarchs. They’re the patriarchal men we can love.

Early on, when Barack Obama became president, people were asking him, “Well, is Michelle Obama going to influence you, is she going to come to meetings?” I kept waiting for him to say, “She’s as much a citizen as anybody else and she has a right to her opinions and thoughts.” Instead, he went along with the idea that no, she will be doing her wifely, motherly duties. And not, yes, this is an amazingly smart and analytical woman who will of course have a voice that’s heard.

Even though so many people were deeply moved by Michelle’s speech supporting Hillary Clinton in New Hampshire, even that speech still contained this heteronormative mom-ism idea. As though sexism outrages us because it offends our sense of decency, and not that it offends our sense of justice, of what women and girls deserve. We saw that happening again and again, this focus on a patriarchal mom-ism. 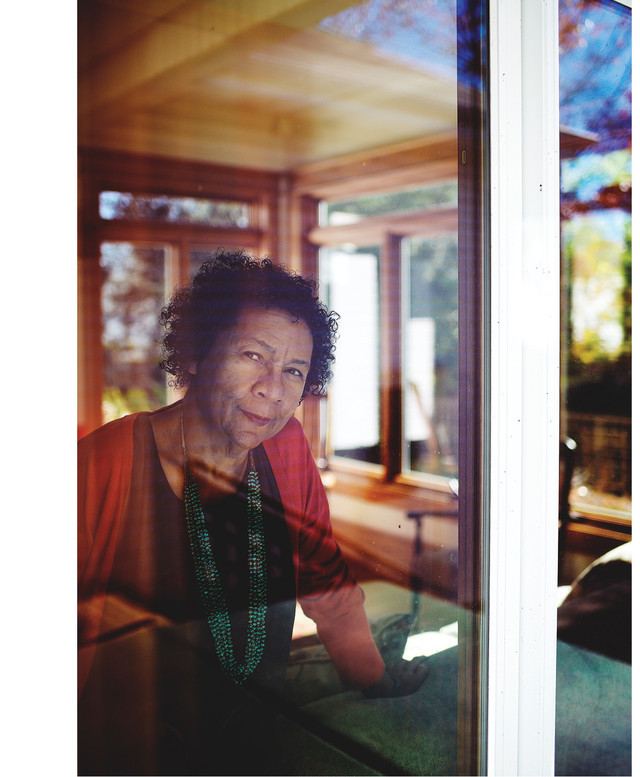 Even when there’s not misogyny, there’s so much benevolent sexism—in the response to the whole “grab her by the pussy” thing, men expressed their outrage over the incident by saying things like, “That could have been our wives and daughters he was talking about.” To me, that’s just as problematic as the sexual objectification they were denouncing.

And it reinforced a heteronormative vision of decency, not a powerful, passionate argument for justice and for where we stand as people who are advocates of feminist politics. Which is not about whether you’re a mom or not, it’s about the whole question of whether we can exist without being seen as second-class citizens. This heteronormative vision of parenthood is part of that.

Where do we go from here? What advice do you have for feminists who want to smash the patriarchy?

I think that we have to restore feminism as a political movement. The challenge to patriarchy is political, and not a lifestyle or identity. It’s as if we have to return to very basic education for critical consciousness, around what visionary feminist politics really is about. And let’s face it: visionary feminist politics is not about having a woman president. It’s about having a person of any gender who understands deeply and fully the need for there to be respect for the embodied presence of males and females, without subordination.

Grimes And Janelle Monae Team Up For 'Venus Fly' Video

'Hidden Figures' Let Me See Myself

Tags: bell hooks , interview
Support Feminist Media!
During these troubling political times, independent feminist media is more vital than ever. If our bold, uncensored reporting on women’s issues is important to you, please consider making a donation of $5, $25, $50, or whatever you can afford, to protect and sustain BUST.com.
Thanks so much—we can’t spell BUST without U.