A Primer On Women And Civil Disobedience 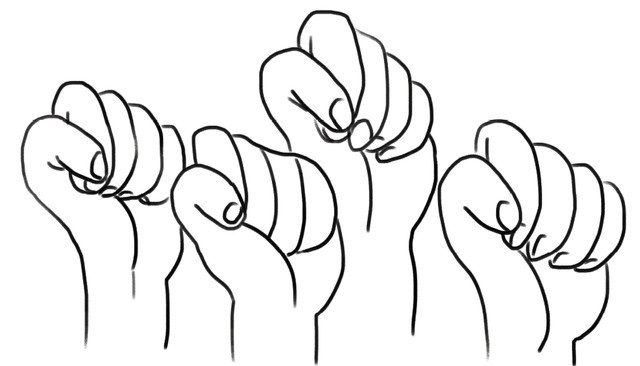 They Fought The Law: A Primer on Women and Civil Disobedience
By Amber Ramanauskas

On December 1, 1955, Rosa Parks, a seamstress and NAACP activist, boarded a bus in Montgomery, AL, taking a seat just behind the “whites only” section. When the bus filled up and the driver ordered her to move so a white man could sit she refused, challenging Jim Crow laws. Parks was arrested, inspiring a 381-day bus boycott and a case that went to the U.S. Supreme Court, which found bus segregation unconstitutional. “People always say that I didn’t give up my seat because I was tired,” Parks said. “No, the only tired I was, was tired of giving in.” Indeed, her refusal to acquiesce was a deliberate act of civil disobedience.

There are many ways to protest within the law. But non-violent civil disobedience, or principled action that purposefully risks arrest, is deeply woven into the fabric of America (just look at the Boston Tea Party and the Declaration of Independence). And women have long used the tactic as well. In 1630, Anne Hutchinson was expelled from the Massachusetts Bay Colony for standing up for religious freedom. In 1872, before U.S. women had the right to vote, Susan B. Anthony was jailed for casting a ballot. And in the 1950s, social activist Dorothy Day refused to take shelter during government-mandated air-raid drills, an anti-war action that got her hauled away in a police wagon.

Getting arrested for peacefully defying a law you believe is unjust can help bring attention to an issue as well as instigate changes in the law. But knowing what could lead to arrest, and what the consequences may be, is crucial. Trespassing or disobeying a police officer’s order to disperse are two typical transgressions that could get you cuffed. The legal consequences of arrest depend on a variety of factors, including if you are on state property versus federal property (which determines whether state or federal laws apply to your case), your citizenship status, and how disobedient your actions are. If you plan to get arrested, carry valid ID and alert a friend so they can be prepared to post bail and contact an attorney. Going limp, or resisting arrest could add to the severity of your charges. Know that you have the right to remain silent. You do not have to write or sign any statements or speak to any prosecutors, district attorneys, or the police. Keep in mind that arrest and incarceration can result in loss of Pell Grants or federal benefits, impede employment and professional licenses, and create immigration consequences for non-citizens. Thankfully, most protests have legal collectives that can help advise you on the probable consequences and coordinate bail collection. Do your homework; knowledge is power.

Amber Ramanauskas is a public defender in New York City.

This Sunset Cushion Cover Will Bring Some Brightness To Your Home: DIY