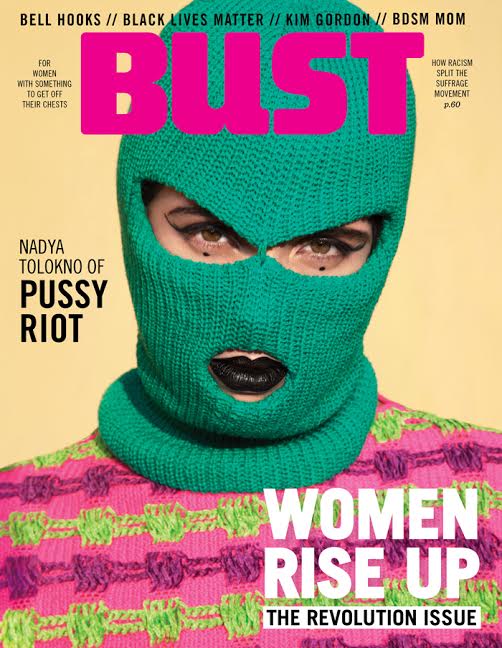 Women all over the world are mad as hell — and that’s just one reason why BUST’s new “Revolution Issue” is one of our fastest-selling issues of all time.

I think it’s fair to say that the results of our latest presidential election made the entire staff of BUST freak the fuck out. But we didn’t just grieve or get angry; we got to WORK! Immediately after it became clear that DT would become our new SCROTUS (So-Called Ruler of The United States), we reached out to some of the most politically-active women we knew, and gathered them all together as interview subjects and contributors so this issue could be more than just entertainment for feminists. During this crucial time, we wanted BUST to be a handbook for women who want to rise up against the tyranny to come—and we’re happy to say we’ve done just that.

On the cover, we’ve got Nadya Tolokno, the infamous Russian rabble-rouser who was imprisoned for her feminist performances with her punk band Pussy Riot. Nadya's got plenty of experience speaking truth to power, and in this revealing cover story, she doesn’t hold back. “I’ve never felt more politically engaged than I do now,” she told us, and that’s coming from someone who went on a nine-day hunger strike in prison for her beliefs.

Inside, we’ve got an exclusive interview with legendary feminist writer bell hooks, who explains why “misogyny actually poses a greater threat to black women and all women than racism.” And in our hands-on guide to activism, “Revolution Girl Style Now,” we’ve got tips from seasoned pros on how to fight the power: from marching effectively; to community organizing; to change-making tips from the co-founder of Black Lives Matter, Patrisse Cullors.

With all these features that fan the flames of #resistance, we know our Feb/March ’17 issue is really something special, and we know you’ll feel that way, too. Join us. The revolution awaits! 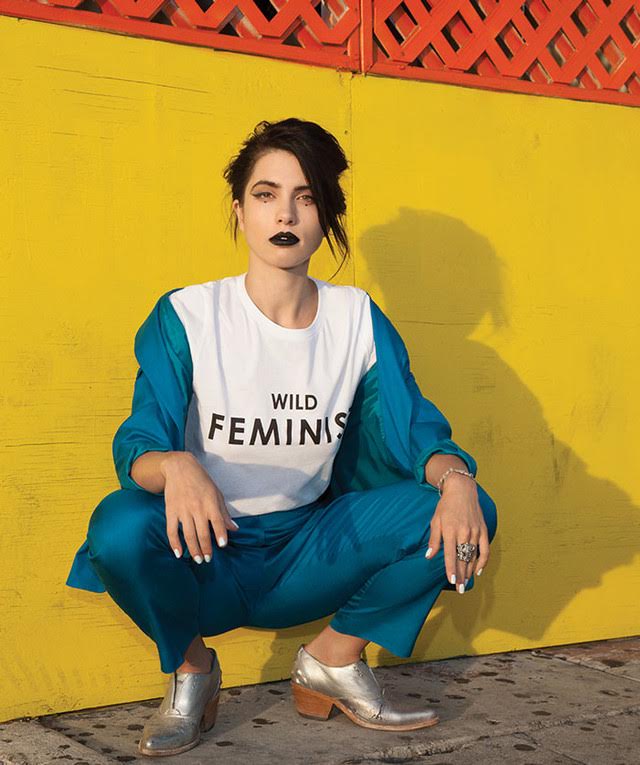 From Russia With Love
Nadya Tolokno, of the Russian feminist punk band Pussy Riot, shares her wisdom on turning art into protest. ?By Erika W. Smith

Revolution Girl Style Now!
A woman’s guide to protest, activism, and civil disobedience from fierce babes who have been there before.

The Road Ahead
Groundbreaking author, academic, and activist bell hooks weighs in on womanhood in the era of Donald Trump. By Lux Alptraum

Equal Means Equal
For American women of color, the suffrage movement was almost as hard to access as the voting booth. By Sabrina Ford 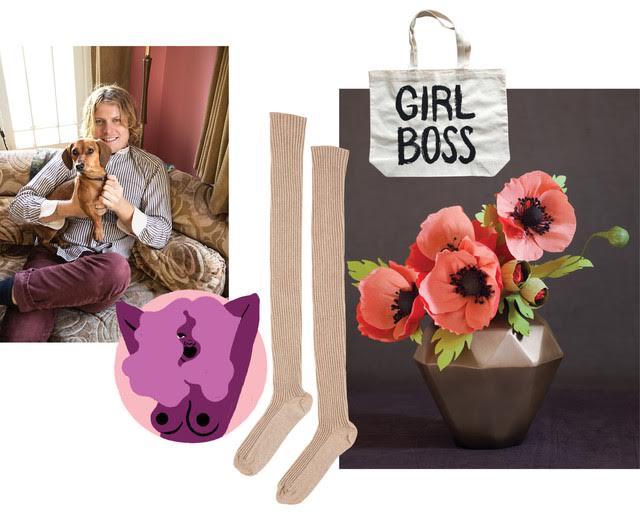 • Music: Reviews; plus the return of the Flaming Lips!
• Movies: A United Kingdom erupts into A Quiet Passion when a Personal Shopper gets Raw.
• Books: Reviews; plus killer new comics.

Tags: BUST , Revolution Issue , Pussy Riot
Support Feminist Media!
During these troubling political times, independent feminist media is more vital than ever. If our bold, uncensored reporting on women’s issues is important to you, please consider making a donation of $5, $25, $50, or whatever you can afford, to protect and sustain BUST.com.
Thanks so much—we can’t spell BUST without U.