Iranian Women Fight For Their Right To Bike 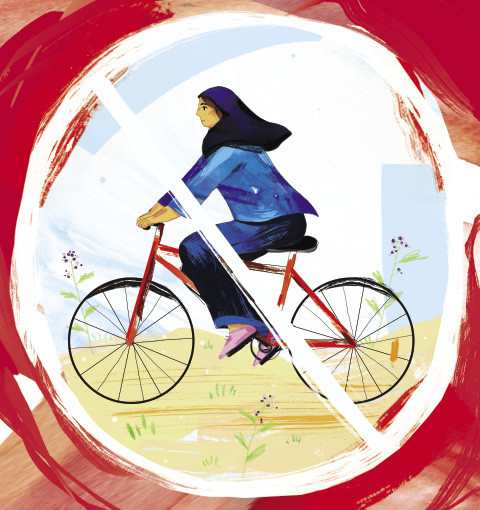 Things have been tough for Iranian women ever since the country’s 1979 revolution severely curtailed their rights. And now, even their right to ride bicycles is under attack. A group of women was arrested in July for riding bikes in preparation for a cycling event in the northwestern city of Marivan, and they were subsequently forced to sign pledges promising that they wouldn’t repeat the “violation.” There has never been an official law banning women from cycling, but in May, government signs were posted stating that women are now barred from riding in public. Before that signage, however, police were already using laws regulating strict dress codes or being in the company of unrelated men to harass female cyclists. “With each passing day, this regime is further infringing on the basic rights of women,” said Farideh Karimi, an activist from the National Council of Resistance of Iran, in a statement released July 27. “Hopes for an improvement of women’s rights in Iran, which some had advocated for at the start of [President] Rouhani’s tenure [in 2013], are a mirage.”

Meet The Kung-Fu Trained Nuns Who Are Cycling Across Nepal