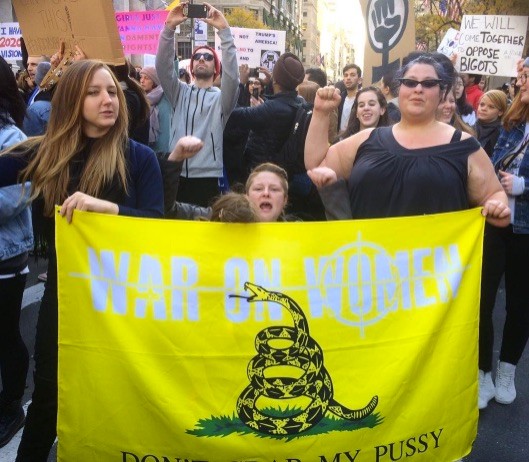 If you’re a regular BUST.com reader, you might notice that this is the only new post we publish today. (We’ll be sharing some older stories on social media.) In fact, our offices are closed today — because we’re on strike against Donald Trump.

We’re taking part in the Women And Allies Strikeout And Protest against Donald Trump. Beginning at 12pm in Columbus Circle in New York, women and allies will gather at Columbus Circle and march on Trump Tower, speaking out against Trump’s sexist, racist, homophobic, Islamophobic, every-other-ist-and-phobic policies until into the night.

“The president-elect has demonstrated overt contempt for women and a troubling sexual misogyny before and during his campaign. As such, we have no reason to believe that the new president or his nominees or the Republican Congress will stand up for women's rights. So we must take action ourselves. By striking out on December 12th we demonstrate our collective power as citizens and our determination to act as a check against any effort to erode the rights of women. In addition, we stand in solidarity with the myriad other groups the president-elect has maligned during his shameful campaign.”

There are other marches going on around the nation, but the New York march is expected to be the biggest — and you can RSVP for the New York march on Facebook here. The group invites people to join for an hour or two if they can't take work off, and asks for those who can’t participate to join an all-day spending boycott.

We believe it’s important to protest Trump and his administration every single step of the way. Although we didn’t win the White House, pussy can still grab back. 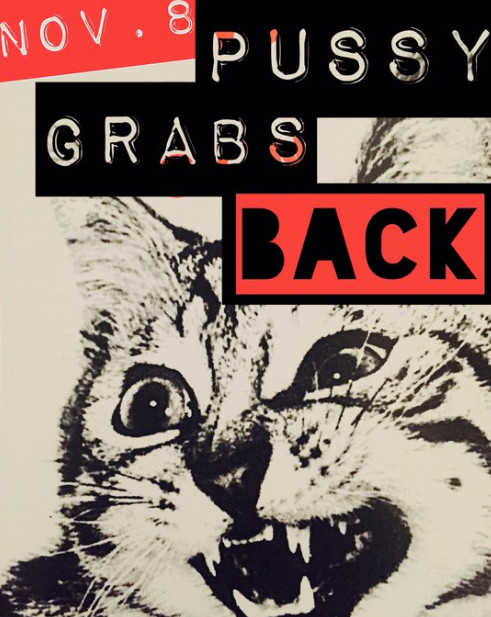 5 Ways To Be A Silent Donald Trump Protestor

How To Get Rid Of Donald Trump: An Action Plan In 3 Steps