How Much Do You Know About Shirley Chisholm? 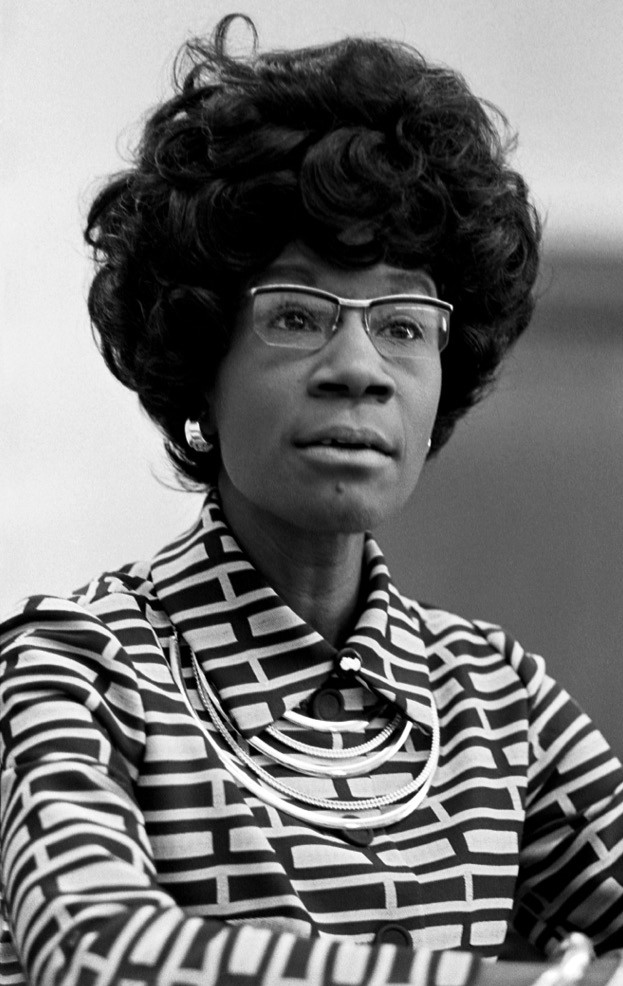 While the presidential campaigns of Barack Obama and Hillary Clinton have indeed been historic, both owe a debt to their fierce political foremother Shirley Chisholm, whose groundbreaking bid for the White House in 1972 helped pave the way for women and people of color. Think you know what gave her the might to fight for what’s right? Then take the quiz!

Though she wasn’t elected president, Shirley did hold this office.
a. Secretary of the House ?Democratic Caucus
b. Member of the U.S. House ?of Representatives
c. Member of the New York State Assembly
d. All of the above

What was the title of both Shirley’s 1970 ?autobiography and the 2004 documentary made about her life by Shola Lynch?
a. Large and In Charge
b. Undaunted and Unafraid
c. Unbought and Unbossed
d. Young, Gifted, and Black

Complete the following Shirley quote: ?“Tremendous amounts of talent are lost to our society just because that talent _______.”
a. wears a skirt
b. was born black
c. was never educated
d. isn’t white and male

Rose McGowan: 'Hillary Clinton Has Been A Boss Lady Since She Came Out Of The Womb'

Jamia Wilson: 'I'm With Her Because It's On Us To Ensure Love Will Trump Hate'