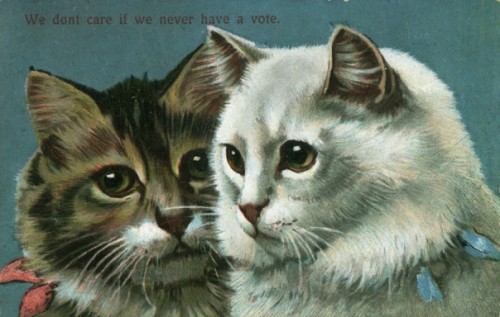 Cats have stereotypically been associated with women, particularly spinsters and lesbians, enforced by the myth of the “crazy old cat lady.”  This is actually an old-fashioned stereotype and has roots in the suffragette movement. Surprisingly, cats were used as symbols in anti-suffragette postcards to rally public opinion against the women's vote. The card's purpose was to portray suffragettes as “silly, infantile, incompetent, and ill-suited to political engagement, ” per Jezebel. Check out these postcards below. 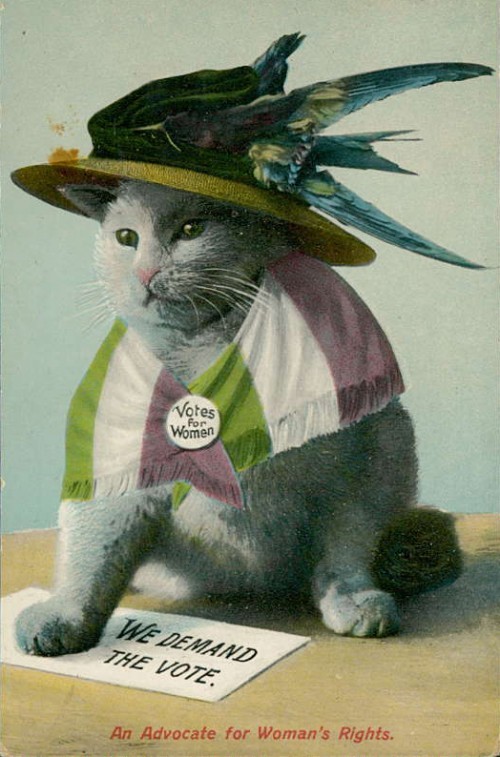 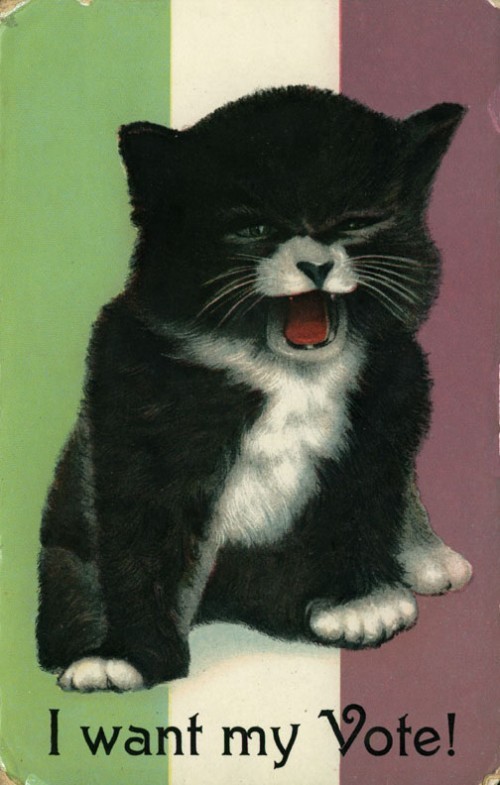 During the suffragette movement, cats were featured in anti-suffrage cartoons and postcards that portrayed chaotic houses left behind by progressive women. These postcards displayed submissive, worn out men, who were left alone to take care of their wife's chores. Cats were illustrated in states of distress to warn people of the 'dangers' of the vote. 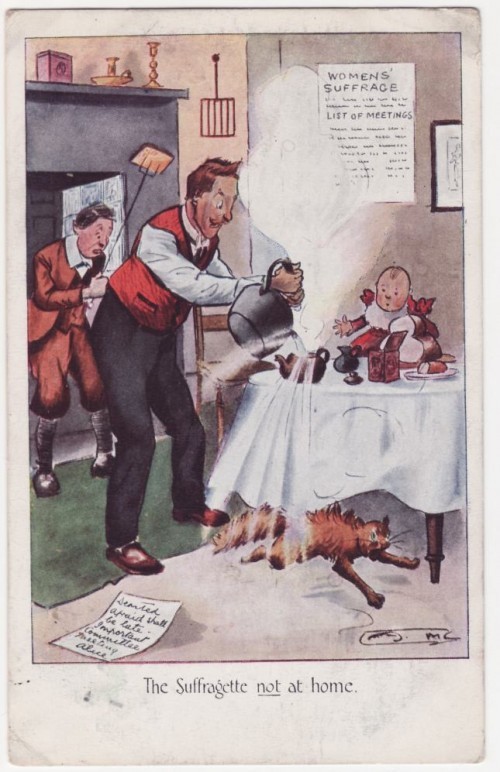 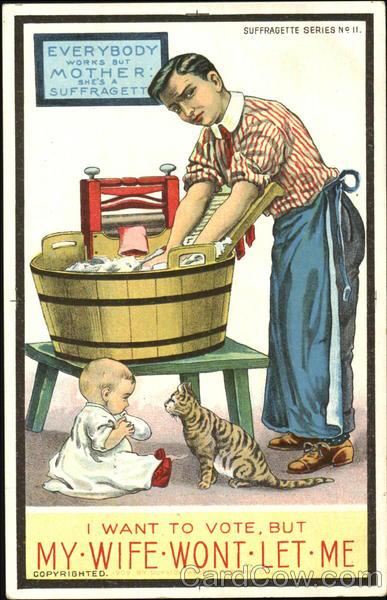 But as police brutality increased against suffragettes, public opinion shifted. People began to see suffragettes as victims of a corrupt system. 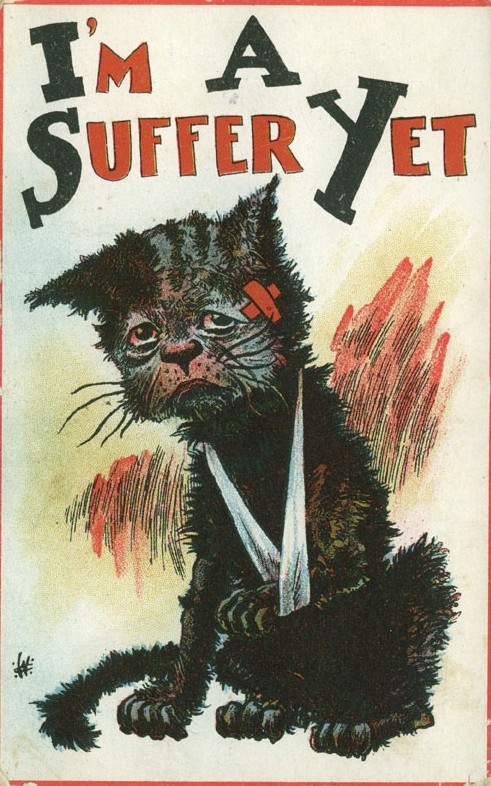 Many suffragettes were jailed and resisted unfair treatment in prison by participating in hunger strikes. They were often force-fed with steel contraptions, which caused irrevocable damage to their faces. The government, afraid they would create a martyr and add fire to the movement, created the Prisoner's Act of 1913. It allowed prisoners to go home for a few weeks to 'rest', or potentially die if they were severely hurt in prison. This left the government clean of responsibility. This law was referred "Cat and Mouse Act," which describes how women were pushed around by the government in an attempt to quell the movement. 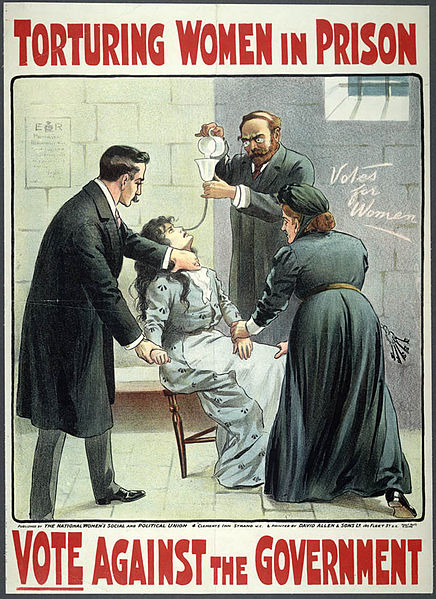 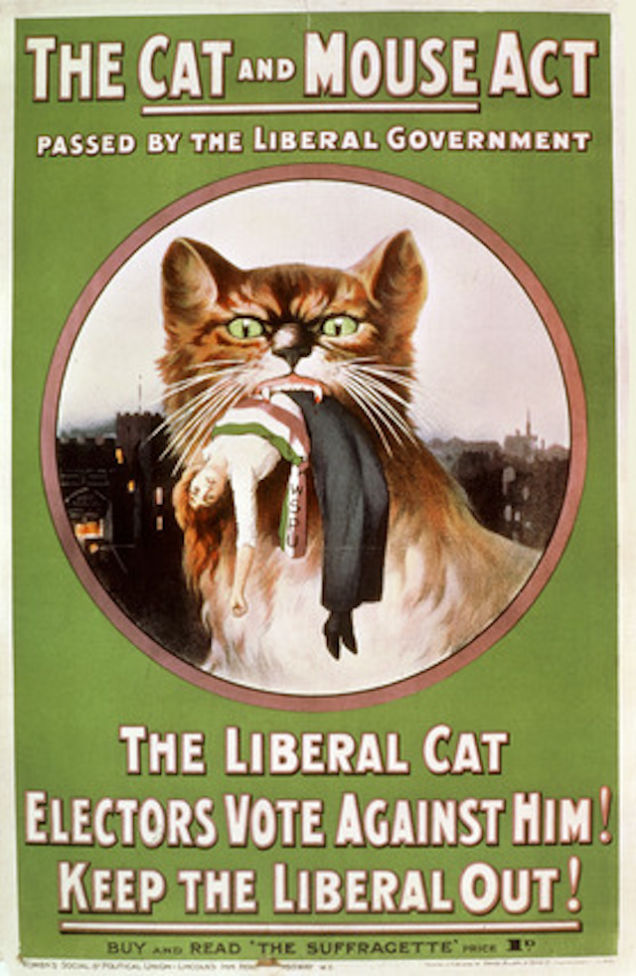 The cats were then characterized as tough resisters, struggling to wedge their way in the political world.

Patricia is a writer, activist, and aspiring journalist. She likes writing about politics, sexuality, and feminism. She is a bit of a wanderer and has lived in Morocco, Australia, and India. Recently moved to Brooklyn, she is currently learning to navigate NYC subways.