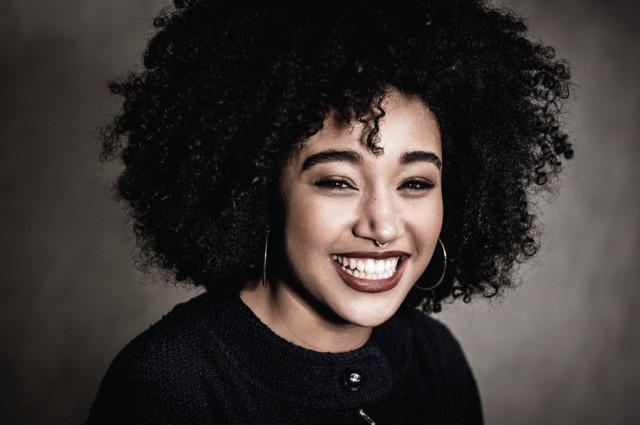 In the last year, Amandla Stenberg starred in her biggest film role to date, quietly released an EP, launched a comic series, and became an intersectional feminist superstar online. But the thing she’s most jazzed about when we talk is none of the above. “I’m so excited, I just applied for college!” the 17-year-old California girl says enthusiastically. “I applied to film schools,” she explains. “I want to be a director because I feel like I’ve been very frustrated and fed up with the lack of diversity in the film industry. I want to create those spaces and I want to create those stories.”

That frustration helped Stenberg understand Sara, her character in As You Are, a coming-of-age film about three friends that debuted at Sundance in January. “I could relate to her, knowing what it’s like to be an outsider,” says Stenberg. “I was able to draw a lot from personal experience—growing up in Los Angeles, going to a primarily white school, and being in the entertainment industry.”

“I feel like we forget that we’re all very human and social media is a way to break down divides between us.”

Long before #OscarsSoWhite was a hashtag, Stenberg was dealing with issues around race and diversity in Hollywood. When she was cast as Rue in The Hunger Games at just 12 years old, she was the?subject of racist attacks from Internet haters who lacked the reading comprehension skills to understand that Rue was black in the novel. “It was a very personal introduction to racism,” says Stenberg. “I realized, ‘Wow, my race is really going to impact my career.’”

Another awakening that informs how she approaches her career came soon after. “I first identified as a feminist in eighth or ninth grade,” says Stenberg, who credits Tavi Gevinson’s RookieMag.com for the realization and now counts Gevinson among her closest friends. After reading books and essays on feminism, Stenberg took a women’s studies class. “We studied mainstream feminism,” Stenberg explains. “And while I loved it, I recognized that feminism needs to be more inclusive of women of color and queer women and not just binary people.” 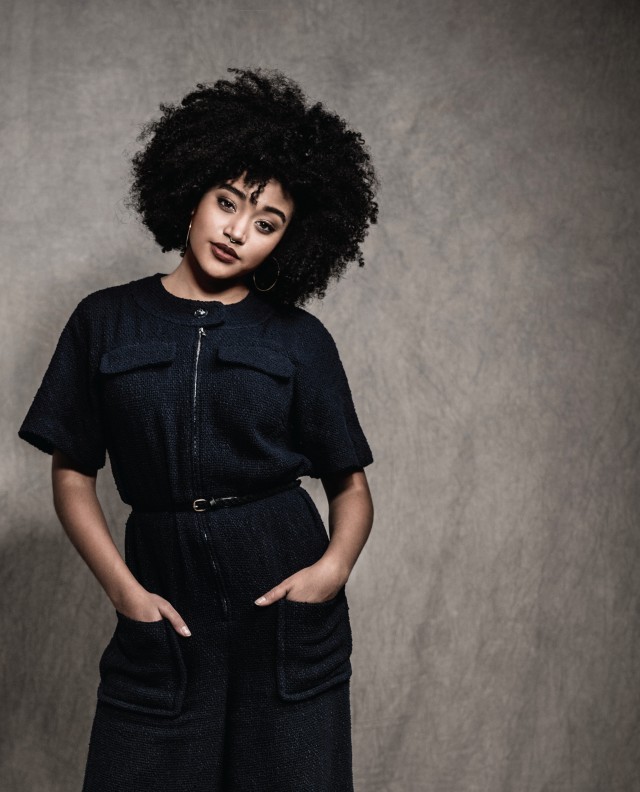 You don’t have to wait for Stenberg to finish film school to soak up more of her perspective. She just released the second issue of Niobe: She is Life (written by Stenberg and illustrated by Ashley A. Woods), believed to be the first comic series starring a black woman, written by a black woman, and illustrated by a black woman. And because there’s nothing she can’t do, she also released a lovely folk EP with friend Zander Hawley under the name Honeywater last year. Oh yeah, and she’s writing a screenplay.

But where you’re most likely to spot Stenberg is online. Her Don’t Cash Crop On My Cornrows video—a smart and concise commentary on cultural appropriation—has almost two million hits on YouTube. And she often highlights issues of racial injustice on Instagram, Twitter, and SnapChat, where Stenberg first said publicly, “I identify as a black bisexual woman.”

While Stenberg says opening up on the Internet makes her vulnerable, she also feels it’s essential to connecting with her audience. “I feel like we forget that we’re all very human and social media is a way to break down divides between us. My friends and I believe in this thing called the ‘new sincerity,’” she explains. “It’s in response to the irony that has saturated culture and humor. We feel like sincerity is so important to humanity. Sincerity is so crucial if you ever want to connect with other human beings and make a change or impact.”

Zendaya Gets Real About Braids And Cultural Appropriation

Tags: Amandla Stenberg , As You Are , The Hunger Games , feminism , activism , from the magazine