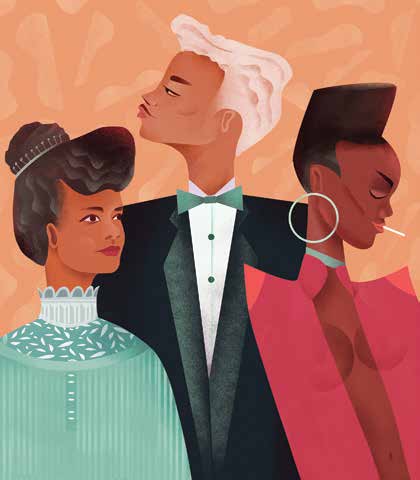 Since the dawn of patriarchy, there have been countless words in the English language that served the purpose of shaming, degrading, silencing, and demeaning women. Words that served to remind us to stay in our proper lane and not be too much of anything or we would be stamped with a label that let the world know how inappropriate and undeserving of respect we are. Slut, whore, harlot, harridan, tramp, skank, trollop, jezebel, slattern, strumpet, bitch, hoochie…the list goes on and on. While a few of these words have been either retired or reclaimed, most are still in wide circulation ready to be hurled anytime someone wants to take a woman down a peg or 50. But I’d like to plead the case for the reclamation of a word that has spent some time as a slur, but inadvertently ends up being a marker for badassery. That word is hussy. H-U-S-S-Y. Hussy.

Now I know what you’re thinking: It sounds a bit silly rolling off one’s tongue, and the last people you heard use it in earnest may have been your grandparents. But I think it’s time to put hussy back in circulation and re-claim it in celebration of all the women who have ever hussed. Originally huswife, a derivative of the 16th-century term for housewife, hussy didn’t  start out as a slur, but took a left turn around the 17th century when it came to mean a woman who was brash, loose in morals, or generally out of line. A quick glance at the good ol’ Oxford English Dictionary yields this current definition: Hussy (n)—An impudent or immoral girl or woman. We all know that impudent is just another word for bold and what is considered immoral is subjective as hell. We also know folks like to call women immoral whenever they demand agency over their own lives or bodies. Isn’t being bold and bucking the status quo something to be lauded? Especially when what’s been historically considered good and moral for women has been to sit down, shut up, and be grateful for what little bit is handed to us?

"Hussies are fresh out of fucks in the best way possible."

Hussies have a legacy of standing against this. Hussies aren’t out of line, but rather in line with their own power. There’s a reason why “shame-less” and “brazen” are usually paired with the word. Hussies are fresh out of fucks in the best way possible. Hussies are courageous and defiant truth-tellers like suffragist journalist Ida B. Wells, refusing to be quiet or compliant. Hussies are free like rock goddess Grace Jones—proud of their pleasure and beholden to no one. Hussies start riots like gay rights icon Stormé DeLavarie at Stonewall—refusing to lie down and take police harassment because that would cost more than standing up and fighting back. Hussies are warriors who come in all shapes, sizes, colors, and creeds. Be a hussy and be proud. You’re in excellent company.

Surviving The Aftermath Of Sexual Violence, As Told Through Haunting Photos And Interviews

How One Woman Overcame Slut-Shaming And Started A Movement: BUST Interview

Tags: Hussy
Support Feminist Media!
During these troubling political times, independent feminist media is more vital than ever. If our bold, uncensored reporting on women’s issues is important to you, please consider making a donation of $5, $25, $50, or whatever you can afford, to protect and sustain BUST.com.
Thanks so much—we can’t spell BUST without U.