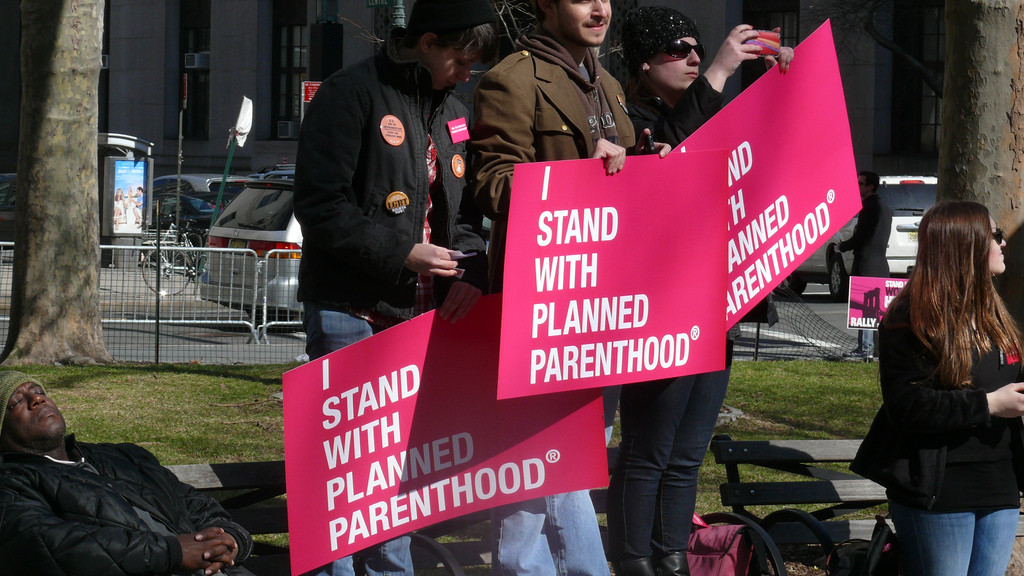 One week after the mass shooting at the Colorado Springs Planned Parenthood, where three people were murdered including a former member of the US Army, the US Senate/Sausage Fest has narrowly voted to defund the pieces of the Affordable Care Act that grants federal funding to the national healthcare provider.

The bill needed a majority of 51 votes to be passed, and the final result was 52-47. It will now be sent to the House of Representatives, where it is expected to be passed there, too.

"What millions of people across this country needed in the wake of two unspeakable acts of violence this week, in Colorado and in California, was reassurance that lawmakers care about the lives, health and safety of the people they represent," Dawn Laguens, executive vice president of the Planned Parenthood Federation of America, said in a statement after the vote. "What they got instead was the cold shoulder of indifference."

We’re holding out for President Obama’s veto of the changes, though. Back in September, during the painfully misinformed and exaggerated brouhaha following the release of the Center for Medical Progress’s deceptively edited videos, the White House made the following statement: “Planned Parenthood uses both Federal and non-Federal funds to provide a range of important preventive care and health services, including health screenings, vaccinations, and check-ups to millions of men and women who visit their health centers annually. Longstanding Federal policy already prohibits the use of Federal funds for abortions, except in cases of rape or incest or when the life of the woman would be endangered. By eliminating Federal funding for a major provider of health care, H.R. 3134 would limit access to health care for men, women, and families across the Nation, and would disproportionately impact low-income individuals."

We, along with the President and the White House, and millions of Americans, #StandwithPP. Join the Thunderclap on your social media platforms to stand in solidarity with Planned Parenthood on Friday, December 5th.

The Planned Parenthood Shooting In Colorado, Brought To You By Republican Rhetoric

10 Celebrities Who Have Had Abortions And Don't Regret It