Oakland’s Radical Monarchs Are Brownies With an Activist Twist 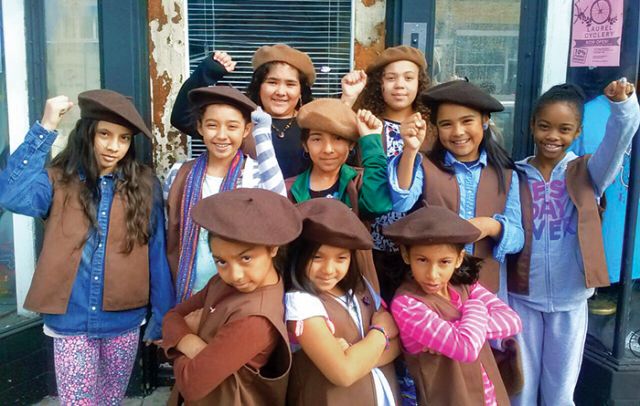 In the wake of the death of Michael Brown and the emergence of the Black Lives Matter movement in 2014, Oakland, CA, mom Anayvette Martinez and her friend Marilyn Hollinquest created the Radical Monarchs, a scouting group that “empowers young girls of color so they can step into their collective power and make the world a more radical place.” “I wanted to create a troop that had some elements of traditional scouting,” says Martinez, “but centered around the experiences of young girls of color. My fourth-grade daughter never let go of the idea.”

The Monarchs launched over a year ago, and in that time, the troupe of about 10 girls, ages 8 to 12, has been earning badges in Environmental Justice and Radical Beauty, while learning about activism. Their activities include meeting a former Black Panther, attending a trans-rights march, and hiking for social justice, and these girls are just getting started. “I hope that this will be an experience that helps shape their fierce identities,” says Martinez, “and that they pass it on."

The Radical Monarchs were featured on this week's episode of Lena Dunham's podcast, "Women of the Hour" - download it free here!

Photograph courtesy of the Radical Monarchs

Tavi Gevinson Reminds Us Why She's The World's Coolest Teenager