"Are You A Feminist?" Celebrities' Answers from BUST Magazine's 25-Year Archive May Surprise You 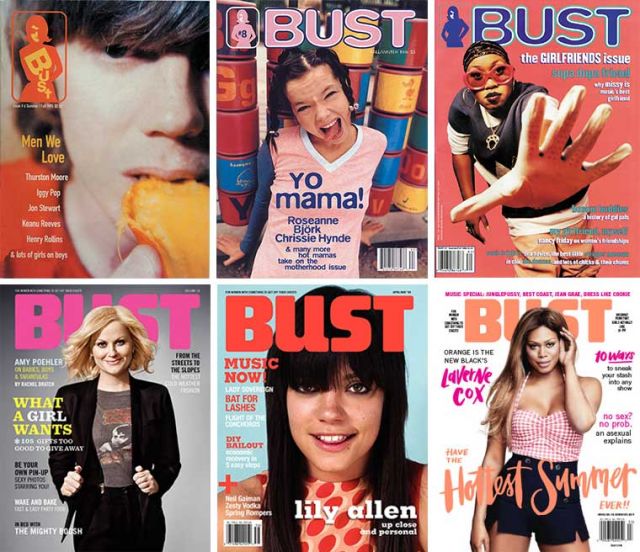 These days, it's become pretty popular for interviewers to ask celebrities (especially young women) if they identify as feminists. Mags from Rolling Stone (asking Kim K.) to Maxim (Taylor Swift in, of all things, their Hot 100 interview) to Cosmo (!!) (Sarah Jessica Parker) to  TIME (Shailene Woodley) are getting in on the action.

It's great to see so many publications finally raising the subject of feminism with their interview subjects. Here at BUST, however, we've been asking that question of almost every celebrity we've interviewed, since day one. And whereas once celebs seemed to be afraid to say "Yes," lately they seem more wary of saying "No." From where we stand, that's a good thing.

Brooke Candy, who we spoke with for our August/September 2014 issue, might have put it best: "Feminism has become this trendy thing and that's great. Let it trend, 'cause I'm all about it. I admire [pop stars'] willpower, their fucking determination, but it just feels forced now," she said. "I just wish it had happened earlier, and that they weren't so afraid back then. I guess maybe now they're not afraid anymore."

We can't agree more. For that reason, we've compiled a treasury of celebrity responses to the "Are you a feminist?" question from BUST magazine's 22-year archive. Sometimes their answers are predictable (Tina Fey, you should know, is a feminist), but others are surprising (neither Bjork nor Patti Smith wanted any part of the F-word). Learn more about your favorite famous folk's feminist stances below!

Never miss a celebrity's response to "Are you a feminist?" again!
Subscribe to BUST magazine today and get 6 issues for the price of 4!
Plus free digital access!