How Tea Towels Made Feminism Safe for the Kitchen

Details
BY BUST Magazine
IN Feminism
Published: 04 May 2015 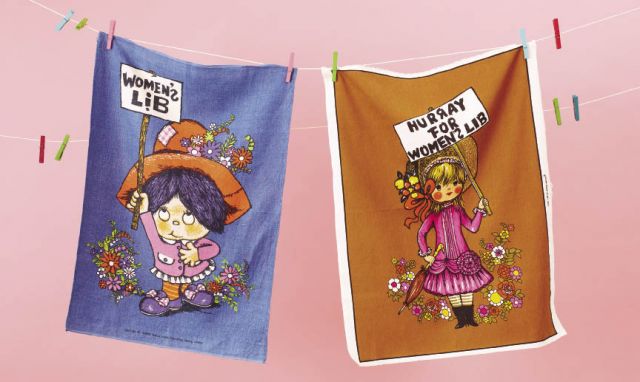 Dating back to the 18th century, tea towels were made from plain, soft linen and were used to dry fine bone china tea sets, hence their name. But by the 19th century, they were as much decorative as utilitarian. Crafty ladies used patterns from women’s magazines to beautify their towels with embroidery or other fancywork, then set them out during card parties or afternoon teas.

Flash forward to the mid-20th century, when tea towels were commercially printed with all kinds of designs for use in the kitchen or to be stitched into pillow covers or framed to hang on the wall. Calendars were a popular motif, and a tea towel with images of a favorite vacation attraction made an excellent souvenir. If a tie was a no-brainer gift idea for Father’s Day, then a tea towel was the same for Mom on her day—though a tea towel printed with bowling or golf cartoons became a “crying towel,” and was perfectly acceptable to give to a man.

A tea towel was not where one would expect a political stand of any kind to be made, and that’s what makes this pair of towels from the 1970s unique. The second wave of feminism came to the attention of most Americans after media coverage of the New York Radical Women’s protest at the Miss America Pageant in 1968. Contrary to longstanding myth, no bras were burned that day. But the image of the “women’s libber” began to take shape in popular culture: angry, man-hating, and lacking suitable foundation garments. The strident, self-righteous libber was easy to mock—and she was ridiculed relentlessly, in television and movies, magazines and newspapers, and even in cartoons that appeared on cocktail napkins and coffee cups.

At first glance, a subtler kind of undermining appears to be going on here. Rather than sexually frustrated, angry harpies, the cartoon “libbers” pictured on these towels are infantilized, with round, pink-cheeked faces and tiny, closed mouths. Instead of sexy miniskirts or mannish pantsuits, one wears a quaintly old-fashioned dress and boots and the other gal sports colorful, child-like attire. Both are surrounded by pretty flowers. Each carries a picket sign, but given the misspellings and reversed letters thereon, they may just as well have been advertising a kid’s lemonade stand instead of demanding gender equality. All in all, these tea towels made women’s liberation seem soft, cuddly, and impotent.

But while the images on the towels seemed to blunt the notion of female power, they also made it safe to bring into the center of home life—the kitchen. Hanging on a wall, or drying next to the dish rack, these tea towels spread a slyly subversive message of feminism. After all, “Hurray for Women’s Lib” is hardly an ambiguous statement, no matter how askew the lettering.

Want to add some new school feminist tea towels to your own kitchen? We've got some good ones in mind: The Radical Tea Towel Company makes a suffragette cloth that will both clean up spills and push a progressive agenda across the table; Zazzle puts Rosie the Riveter to work on counter tops, and Black Lodge Press brought Ryan Gosling's feminist mug to its linen ware line. Check'em all out below! 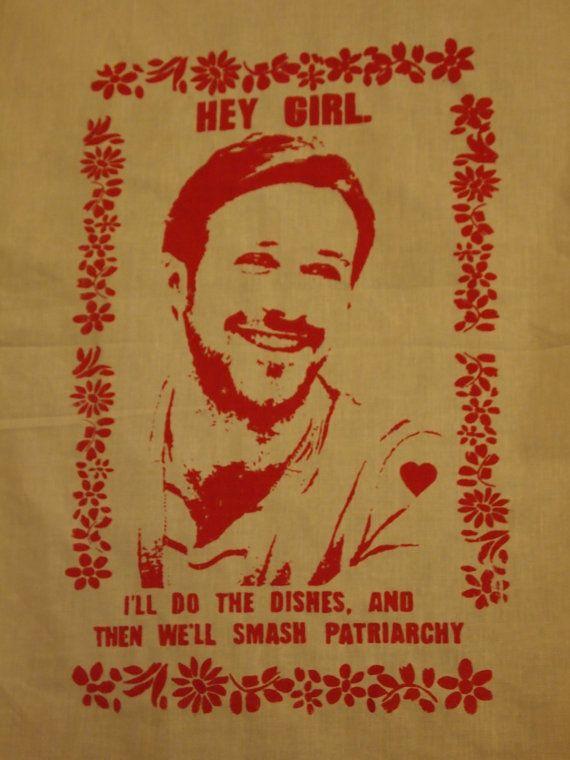 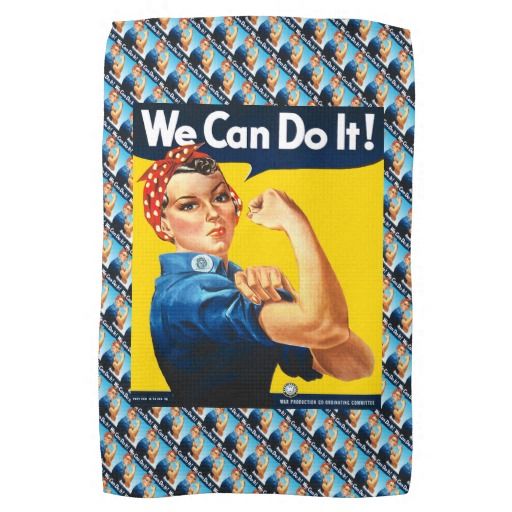 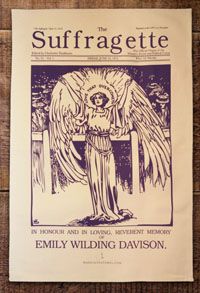 This story originally appeared in the April/May 2015 print edition of BUST Magazine.
Subscribe now and have that shit delivered right to your mailbox.