In Response To TIME Magazine Trying To Ban The Word Feminist 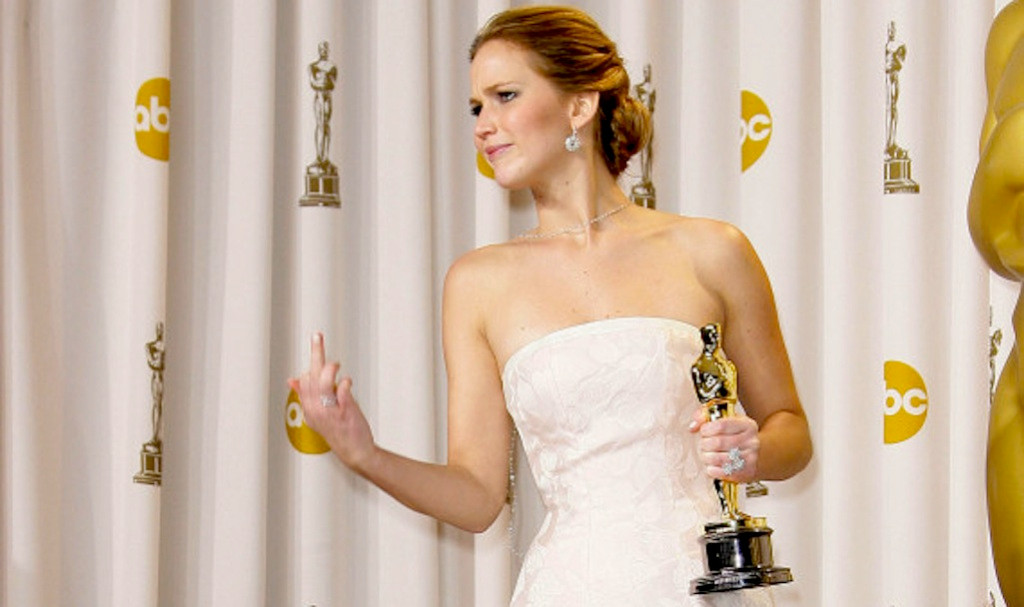 It’s just beginning to get cold outside, which means it’s time for every publication to come up with their end of the year lists. For their involvement in the 2014 commencement, TIME Magazine wants to know which word you would like to ban in the upcoming year. Included in their list of potentially policed phrases or words is “feminist” because, you know, the word literally just started gaining some steam, so we should definitely just crush that shit…

...Said no one ever! Hey, TIME — I’m calling you out, which I’m pretty sure was the intention of including the word feminist in the first place, but whatever — I’m taking the bait. I’m here to defend the word, and because I’m a proud feminist, which means I believe in equality, I’m also going to defend and/or use the other words on your basic list. So sit down, bae because here we go:

If someone is using the word “disrupt” it’s because they are trying to do something innovative that breaks the norm. Hey TIME, how about we don’t try to ban new and exciting ways of thinking? Cool? Okay! Staying.

Sometimes you need one simple phrase to sum up a day where you overslept, missed the train, wore two different shoes to work and came home to find the only edible food in your kitchen was a half-eaten granola bar and a candy jar with only yellow and orange Starbursts inside. It’s easy to say and it makes me feel better when I’m talking on the phone to my sister after a shitty day. Staying.

The word can mean a variety of things, including “to have fun.” So, let’s not take it all too seriously. Staying.

Yeah, let’s get rid of a word representing a vegetable… because that sounds like a terrible idea. Besides, not only is kale easy to cook with, but it’s also easy to make puns with. Kale yea! Staying.

The phrase is typically attached to some filtered picture of a fancy dinner or brunch, so I can see how that is annoying when you’ve eaten cold cereal for dinner every night this week, but if you actually picture the person who posted the picture eating and making those nom nom nom sounds, it can be quite a lot of fun. Try it. Staying.

I’m going to pass the mic to Amy Poehler on this one, who recently sat down with People Magazine and stated, “To me, bossy is not a pejorative term at all. It means somebody’s passionate and engaged and ambitious and doesn’t mind leading, like, ‘All right, everybody, now we go over here. All right, now this happens.’” Honestly,  who are we to argue with that? Staying.

There are people who influence our culture. We may not always all agree with who our influencers are or what they are saying, but taking away the word won’t make the idea any less true. Staying.

To me nothing is more satisfying than a properly placed “obvi.” I’m not necessarily the biggest fan of abbreviated words, but I am a fan of the playful attitude that tends to accompany them. Plus, the commercials of James Earl Jones and Malcom McDowell using truncated words is the best, and I never want them to end. Staying.

This word can’t leave our global arena of vocabulary because I finally just gained the confidence to actually use it (albeit only 50 percent of the time correctly). The word has a life to it, and if someone is using it then it's because they are seeing something positive that they like. We need more of that. We need more YAASSS. Staying.

Let us have our moment in the sun. It seems that the actual definition of the word is just starting to correctly seep into our culture, rather than the wrongful stereotypes that have plagued the word in the past (i.e. man-haters). But still, our work isn’t done (your inclusion of the word in a list of trendy phrases is proof of that). We need the word feminism, because we need the movement, action and message of equality and human rights for women, men and trans people to continue to spread across our country and across the world. So, no. I’m sorry, TIME, but you cannot have the word feminism and hide it away in a place where anyone feels shame for labeling themselves as one. Sorry not sorry.

The good news is that past winners of the TIME castoff poll include OMG, YOLO and twerk, and those words are still around, so try as they may, even if “feminist” does win the poll, it doesn’t look like it’ll go anywhere.

Especially not if we have anything to say about it.