A Feminist You Should Know: Spotlight on Mwende Katwiwa! 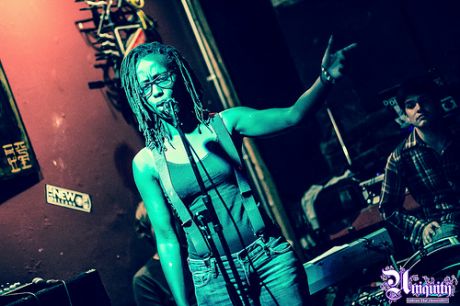 Recently I sat down with the lovely and talented Mwende Katwiwa — a.k.a. FreeQuency, a spoken word artist, recent recipient of the Feminist You Should Know Award, and senior at Tulane University. Ms. Katwiwa is 22 and double majoring in Political Economy with International Perspectives, and African & African Diaspora studies. Originally from Kenya, she came to New Orleans after graduating high school to pursue service with the AmeriCorps program City Year, prior to enrolling at the University of Chicago. However, after immersing herself in the city, Katwiwa realized that engaging communities and contributing to sustainable change would take a lot longer than one year — so, she applied to Tulane and has since worked her way into different social change circles both on and off campus. Currently she is a member of WhoDatPoets and Slam New Orleans (NOLA's championship-winning spoken word team). She also serves on on the executive board of The Black Student Union, at which post she chairs The Tulane Black Arts Festival (February 17th to the 23rd). In addition to putting most 22 year olds to shame with her glowing C.V., Katwiwa is well known around Tulane's campus as an inspirational, intelligent, down-to-earth, and all-around-super-cool lady. She was kind enough to share a bit of her story with me:

What initially attracted you to the Spoken Word medium?

My mom (who is the coolest lady in the world, the more I remember all the things she's done I'm like “aw yeah that was my mom!") does a lot of work with community engagement and activism,and she took me to my first spoken word show by a group called 2050 which I later joined. Before then, I though I hated poetry because it didn't say anything. Then here I was at this show where every single person was using their voice to say something meaningful in a poem. I had never had poetry presented to me in that way and I was so captivated by it. I happened to live in a community that supported youth arts and so I was able to join in pretty quickly.

What are some sources of inspiration for you?

My parents are first generation immigrants who came here and worked their way to the top. They came here on student visa's as graduate students and now they're tenured professors. How could you not admire them? If there is one thing that really does encourage me to keep doing things it’s just looking back on where my mom and dad came from to where they are today. If they can do that, I can do more because I came from them.

Any other projects you have going on right now?

I teach poetry after school and social justice at Akili Academy here in New Orleans. I love it, I really love working with kids, they're just so hungry for knowledge and when you talk with them you have to be careful about what it is your instilling in them. I like that because it really keeps me accountable for things.

I'm also a producer for the Vagina Monologues, (if you can't tell [there's] this theme of arts and activism...), I really do believe in the power of art to connect different groups of people and give voices to people who would otherwise be silenced. With the Vagina Monologues it’s kind of around the same idea but now focused on marginalized women. One of my reasons for becoming a producer this year instead of being a cast member, which I've been for the past two years, was to make the production more intersectional and more inclusive of all kinds of women, whether those are women of color, queer women, trans women — all women.

What is really cool about the organization that named me the Feminist You Should Know is they encourage women’s initiatives, so I'm using that to try and throw support to some groups on this campus that have never had it before. For example, we have a pretty active pro-life group on our campus but [had] a much less vocal pro-choice scene until this semester. I recently started a 1 in 3 chapter on Tulane’s campus, and there is a lot going on in terms of reproductive rights in Louisiana so it is a perfect time to start and build a college coalition on that. 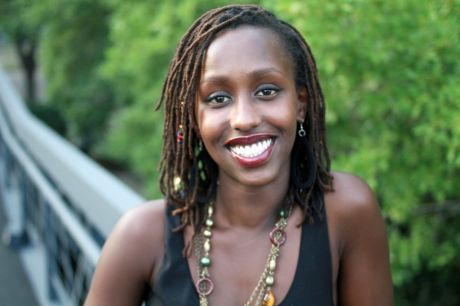 Katwiwa is now officially a member of TeamSNO, the New Orleans national spoken word team! She also blogs with winnovating.com and The Anna Julia Cooper Project.

Check out her Ted Talk and like her page on Facebook for updates. And if you’re in the New Orleans area this week, come to The Tulane Black Arts Festival!

There is a performing arts showcase TONIGHT from 8-10pm in the Kendall Cram Room of the LBC on Tulane's campus featuring Sunni Patterson and Mwende.

Tags: New Orleans , spoken word , black history month , Mwende Katwiwa , feminist you should know
Support Feminist Media!
During these troubling political times, independent feminist media is more vital than ever. If our bold, uncensored reporting on women’s issues is important to you, please consider making a donation of $5, $25, $50, or whatever you can afford, to protect and sustain BUST.com.
Thanks so much—we can’t spell BUST without U.