Comedians Carolyn Castiglia and Shalewa Sharpe Open Up About Doing Standup Over 40 On BUST's "Poptarts" Podcast! 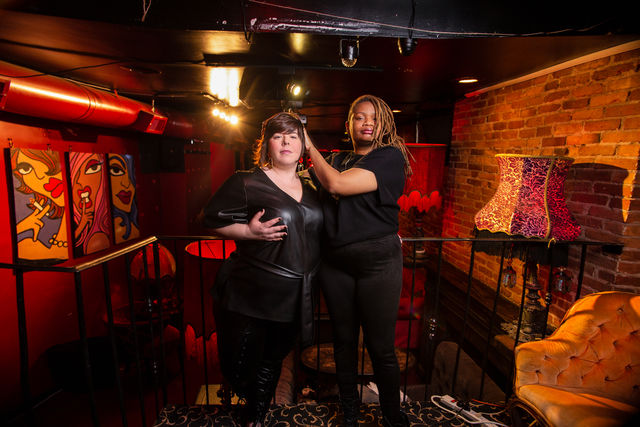 Carolyn Castiglia and Shalewa Sharpe are standup comedians in NYC and co-hosts of the monthly comedy show Laying It Down with Carolyn & Shalewa—a glamorously exhausted showcase of life after 40 featuring standup from the city's finest talents, performed at Madame X in Soho. Carolyn has appeared on VH1, MTV, Comedy Central, and all over the New York club scene. And Shalewa has performed on HBO’s 2 Dope Queens and Comedy Central’s “The New Negroes,” she has a new comedy album out this year on Little Lamb Recordings, and she also performs and hosts all over New York City. In this episode of BUST’s Poptarts podcast, the two powerhouses open up about how doing standup over 40 has effected their lives, their relationships, and their hopes and dreams for the future.