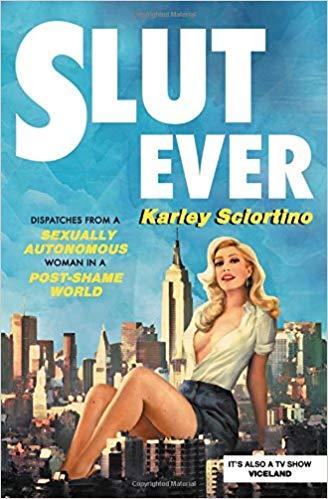 Karley Sciortino is the creator and host of the hit Viceland show Slutever, now in its second season. On the show, Karley navigates the world of sex, love, hookups, open-relationships, sex parties, sex work, sexual technology, and more in a way that is brave, surprising, and very feminist. She’s also the co-writer of the new comedy series Now Apocalypse on Starz, she wrote a book called Slutever: Dispatches from a Secxually Autonomous Woman in a Post-Shame World, and she writes a sex and relationship column for Vogue.com. On this episode of BUST’s Poptarts podcast Sciortino reveals what her mom’s reaction was to her becoming a sexspert, what it’s like to work for Vice, and how she maintains her high feminist standards while covering the sex industry.

This podcast was produced for BUST by Rachel Withers and recorded by Logan del Fuego.