15 Celebrities Who Won The Internet This Halloween 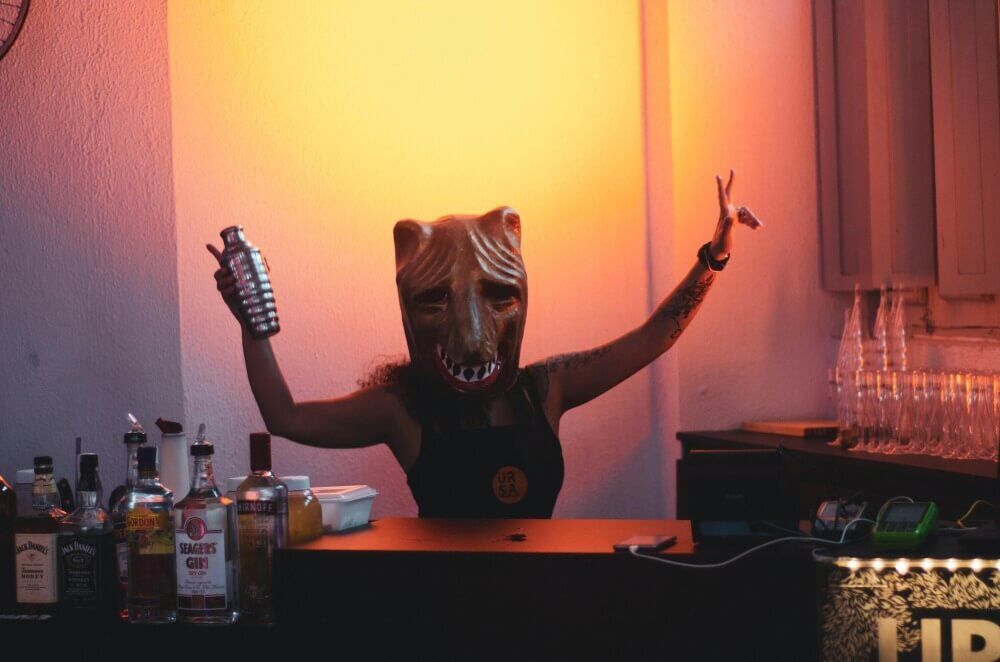 Kylie Jenner as Elvira: Mistress of the Dark

In previous years, Kylie Jenner has not been able to settle with just one costume and this year is no exception. This year’s costumes include Frankenstein’s Bride and her matching Wicked Witch costumes with friend and model, Hailey Bieber (and their forever-documented trip on TikTok to go get pizza in full costume). However, Kylie’s most elaborate outfit this Halloween must be her recreation of Elvira from the 1988 comedy/horror movie Elvira: Mistress of the Dark.

Nothing like a 2000s love story between two teenage pop stars to take you back to a simpler time; maybe unless your older brother is a part of that infamous couple you are portraying. Frankie Jonas (the younger brother of the band The Jonas Brothers) and his girlfriend Anna Olson dressed up as Joe Jonas and Taylor Swift. Joe Jonas and Taylor Swift only dated briefly in 2008, but the relationship was made unforgettable when Swift revealed on the Ellen Show that Jonas had ended the relationship on a 25-second phone call.

Just like her sister, Kylie, Kendall Jenner is not afraid to go all in when it comes to dressing up for Halloween. This year, she decided to go as the cowgirl Jessie from Toy Story 2 from 1999. Many people have raised the question of whether or not the sexualization of a character from a children’s movie is appropriate (or necessary), but Kendall Jenner for sure knows how to turn a costume into a showstopper.

Only Lizzo could dress up as a yellow cartoon character and still look this good. Marge Simpson from the cartoon series The Simpsons is an iconic figure and a recurring Halloween costume– and thanks to Lizzo, Halloween this year is no exception.

Who else than Megan Fox and Machine Gun Kelly would dress up as the famously toxic couple Pamela Anderson and Tommy Lee? The couple recently got re-introduced to pop culture with the tv-series Pam & Tommy (2022). The tv-series examines the couple’s whirlwind romance and their infamous private leaked video, which became the internet’s first experience with revenge porn. Whether or not the costumes are appropriate (Tommy Lee was sentenced to six months in jail for physical violence against Pamela Anderson) but with the caption, “But are these even costumes,” Megan Fox and Machine Gun Kelly for sure know how to keep the public attentive.

Rebel Wilson as The Shining

Nothing like a horror movie to get into the spirit of Halloween. Rebel Wilson and her girlfriend, Ramona Agruma, recreated the twins from the horror classic The Shining (1980) as their Halloween costumes. The image of the two twin sisters holding hands in the corridor may be frightening, but a couple’s costume never looked this cute.

Ciara and daughter as Venus and Serena Williams

Like mother, like daughter. For this Halloween, singer Ciara and her daughter Sienna recreated the 1999 campaign ad for Got Milk? featuring Venus and Serena Williams. With matching milk mustaches and a racquet under Ciara’s arm, the mother-daughter duo understood the assignment, whilst giving a shoutout to the original tennis duo at the bottom of the “ad”: “To the best female athletes of all time! Venus and Serena, Love Ci Ci and Si Si”

The three Riverdale costars are not new to the game of matching Halloween costumes and this year they went all out (once again). Lili Reinhart, Madelaine Petsch, and Camila Mendes went as the three Sanderson Sisters from the Halloween movies Hocus Pocus (1993) and Hocus Pocus 2 (2022), and let’s just say; their energy as a trio is unmatched.

There’s something about collaboration in costumes, especially when the pair is as dedicated as Elizabeth Gillies and Ariana Grande. The former costars decided to dress up as the characters of Jane Lynch and Jennifer Coolidge in the 2000’s comedy Best in Show. Not only did Gillies and Grande dress up, but they also recreated a number of scenes from Best in Show; do yourself a favor and go watch them immediately.

Kim Kardashian is known for going all in when it comes to fashion; whether it’s wearing a spandex suit from head to toe, publicly speaking about her diet to fit into Marilyn Monroe’s dress at the Met Gala, or - in this case - wearing a full body suit to replicate the costume of Mystique from the X-Men franchise. It therefore might have been a lot of people’s worst nightmare, when Kim Kardashian shared on her story on Instagram that she wore the costume to the birthday party of Tracee Ellis Ross, only to discover it was not even a costume party. However, no one can accuse Kim Kardashian of not going all in once again.

Sometimes it can be difficult to tell when it’s time to phone home and leave the party, but rapper Tyga may just have found the solution. His E.T. costume is very real looking down at the detail of the tiny light in his fingertip. Whether or not the prosthetic hands are capable of calling an Uber home, only Tyga can tell.

The internet has for a while taken it upon itself to find the perfect actress to portray Rapunzel in the inevitable (however in no way confirmed) live-action version of Disney’s Tangled (2010), and Keke Palmer may just have put herself in front of the line with her portrayal of the princess. With her long black braided hair, Keke Palmer is ready to catch herself a prince and maybe just snatch the title as best costume this year.

Red lips, big eyes, spiky hair and a short red dress. Betty Boop may be one of the most iconic cartoon characters and who else than Olivia Rodrigo to bring her back to life this Halloween? No questions asked, the pouty look is here and ready to become a trend again.

From playboy bunnies to Miss Piggy animal ears are a stable for many Halloween costumes. Never Have I Ever actress Maitreyi Ramakrishnan dressed up as the iconic and timeless( get it?) Energizer Bunny! Ramakrishnan is not only kitchy but pretty in pink in this nostalgic and age-appropriate costume.

One of the most extravagant costumes this year is singer Janelle Monae’s portrayal of the character, Diva Plavalaguna, from the 1997 sci-fi film The Fifth Element. Monae's has set the bar very high for next year and we cannot wait to see what she will bring next time.