Mass School Shootings and "Stranger Things": A Look at America's Obsession With Violence in Tv and Film and It's Effect On All Of Us 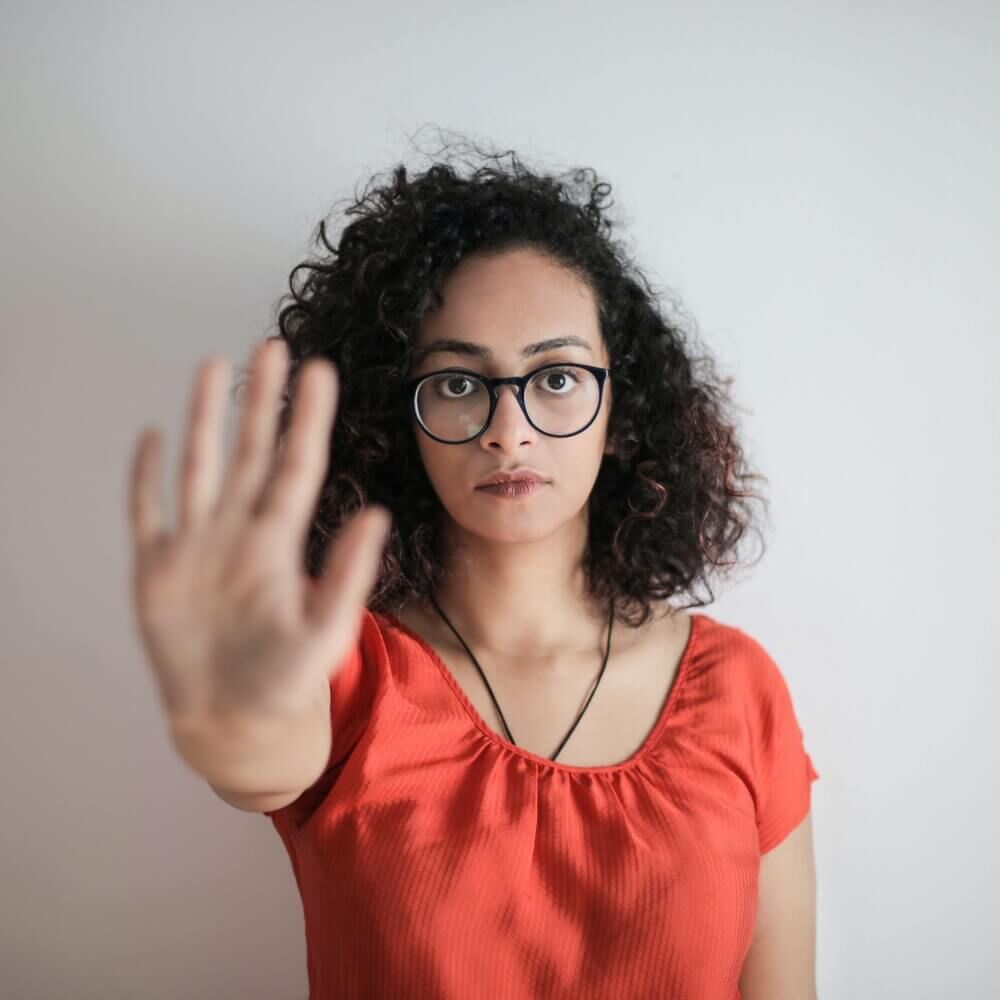 The record-breaking debut of the fourth season of Strangers Things racked up millions of views and nationwide applause. Like most fans of the show, I was excited to see what Season 4 had in store after more than 2 years since the release of the third season. I anticipated a groundbreaking performance by Millie Bobbi Brown that would pave the way for more young and powerful protagonists like Eleven. What I didn’t expect was the opening of a massacre that mirrored the tragedy that killed 19 children and 2 teachers in Uvalde,Texas. Netflix created and shot the scene before the Texas tragedy occurred, but the show’s portrayal of dead children splayed on a floor covered in blood was a lot to take in. 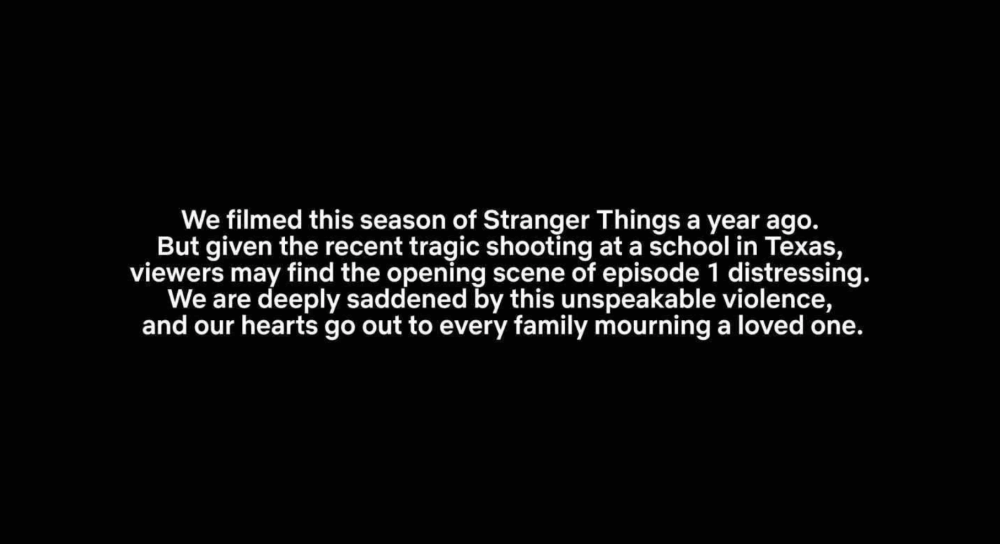 A content warning was issued at the beginning of episode one (only for US audiences), but Eleven’s flashbacks to the gory Hawkins lab incident persist throughout the first half of the season. I thought that I, like many Americans, was desensitized to on-screen violence. Even American children who are exposed to violent programming can become “numb to the horror of violence,” according to one recent study. However, I was triggered multiple times when watching the show. The streaming company warned that viewers might find the opening scene to episode 1 distressing. So, why didn’t Netflix follow the example of other networks and postpone the release? Will the creators edit these scenes out of the second half that is set for release on July 1? They should.

Stranger Things fans are captivated by a story about a group of peers that confronts the perilous monsters of a mysterious underworld called the Upside Down. But what is truly upside down is America’s unconscious addiction to violence.

We do not question these gratuitous displays of violence because this type of gore has been ingrained in the entertainment that we consume. From Tarantino’s Spaghetti Westerns that Roxane Gay once described as “farcically violent,” to the graphic Korean show Squid Games, which became an American obsession overnight. There are multiple theories as to why we are hooked on violence. A professor in Clinical Psychology and Neuropsychology, dissects these ideas in a telling article that posits that the “US government has a close interest in, and influence over Hollywood."

One study shows that gun violence in mainstream media has increased from 2000 to 2018. According to the same findings that were published in PLOS ONE, “entertainment media are contributing to the normative acceptance of guns for violent purposes.” However, even if this is the case, I imagine that with a budget of $30 million per episode, Netflix can easily camouflage this research.

Speaking of hiding the truth - NRA-backed politicians are quick to redirect the narratives about gun violence and mass shootings. Texas lawmakers like Republican Stat Rep. Bryan Slaton continue to pull focus from the real issues and concentrate on demonizing the LGBTQ community by, get this, filing a bill to bans drag shows in the presence of minors. Because drag queens are clearly more dangerous than the mass shooting epidemic that currently plagues this country. There are more guns than people in America, with nearly 390 million of them circulating as of 2018, according to one Swiss-based research project. And yet, our regressive government fears glitter and gays more than semi-automatic weapons. What politicians fail to address is the unhealthy production of weaponry, the easy access to firearms, as well as the insidious glorification of gun violence in pop culture and all forms of entertainment.

Drag shows are no place for a child.

I would never take my children to a drag show and I know Speaker Dade Phelan and my Republican colleagues wouldn’t either.

I will be filing legislation to address this issue in the new #txlege . pic.twitter.com/R7NkX7ADBR

As I watched the latest season of Stranger Things, I realized the importance of conscious consumption. This means to take a step back and analyze what mainstream media is feeding us. What are the cultural values that we are metabolizing? Are we being desensitized to gun violence on screen so that we will not speak up when real violence ensues? I’m not advocating for harsh censorship laws. I’m asking readers to develop critical media literary skills, watch TV with a healthy dose of skepticism, and be mindful of the amount of violence you are consuming on a daily and weekly basis. Even if that means that by doing so, you might be the one who shits on everyone’s favorite binge-worthy show.