Soleil Moon Frye Talks "The Proud Family: Louder and Prouder" and How Her Documentary, "Kid90" Forced Her To Face Some Hard Truths About Her Past and Present 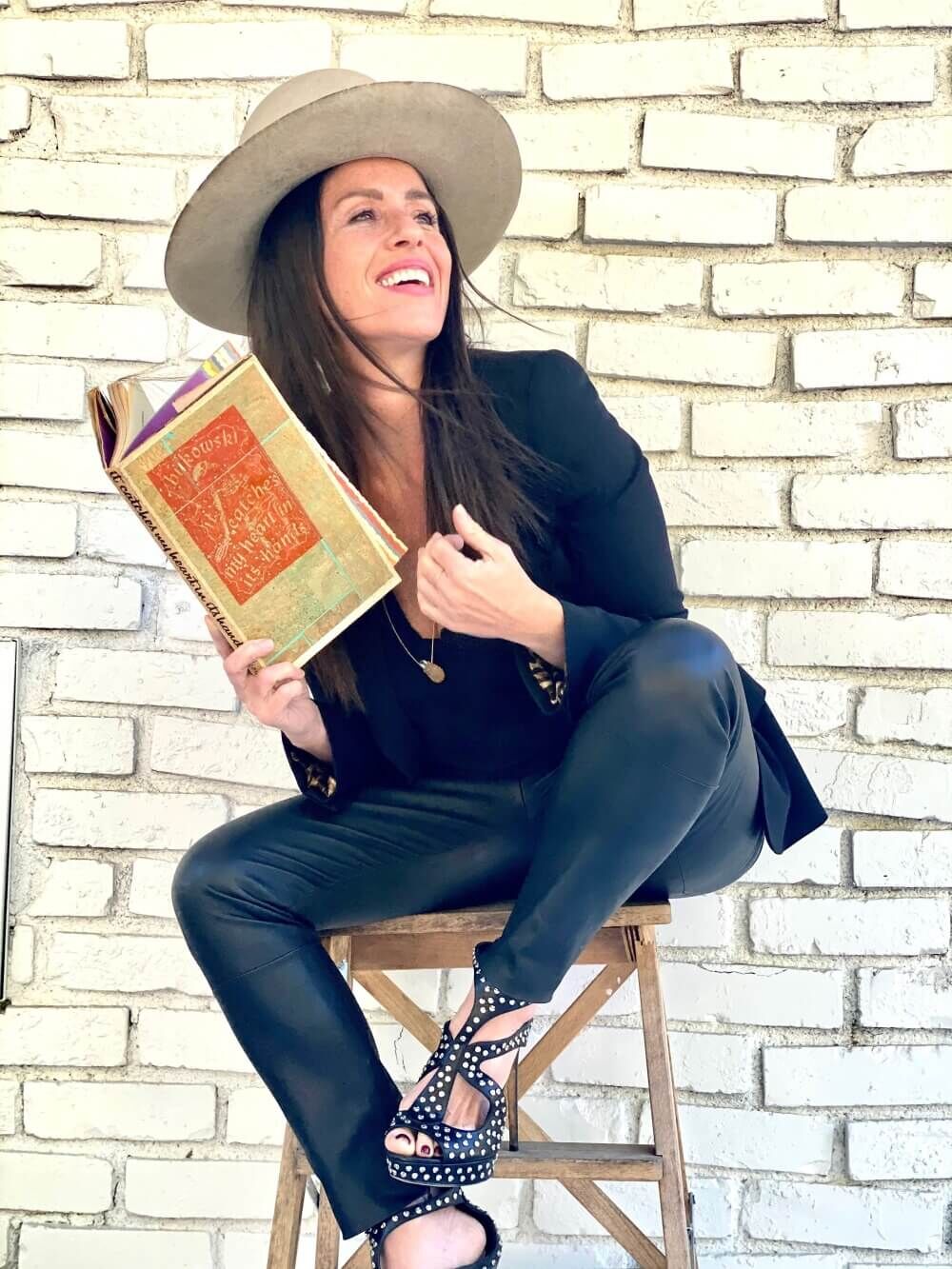 Right on the heels of release of The Proud Family: Louder and Prouder, a revival that picks up with Penny and her friends entering the exciting middle school years, BUST had the honor of sitting down with tv legend Soleil Moon Frye. If you're a child of the 80's or 90's you might remember Frye as the title character in the 1980's sitcom, Punky Brewster, but the actress and activist has been keeping busy over the years, starting a family, doing voiceover work, and releasing a documentary, Kid90, just last year. Here, she speaks with BUST about how The Proud Family has updated for the two thousand and twenty-two, how revisiting parts of her past changed her, and the work she's most proud of thus far.

BUST: Tell me a little bit about this reboot. Where do viewers pick up this time with Penny and the crew?

Soleil Moon Frye: It's as if they've gone from tweens to teens, so they're just a little bit older, but they're still so uniquely themselves. And it's present day, so it's really a revival.

B: A revival? What’s the difference?

F: You know, we're not trying to recreate the wheel. It really has grown with the times — it's not like we're trying to do the old Proud Family, it really feels new and fresh and inspired, in a really incredible way. And yes, I feel like with Punky it was such a continuation, you know, and so I've been able to be a part of really, these shows that to me, are so much more than television shows. They feel like a part of a movement bigger than a show. They deal with incredibly real topics in a loving, kind way. Cherie and I, from the time we were little girls, were always best friends, and it was so beautiful to see that friendship continue. The topics we addressed in Punky were incredibly important and really allowed people to heal through laughter, both in the original Punky and the continuation. And with Proud Family, I feel the same way — to do work that is meaningful, to be able to be part of shows that are meaningful that are healing through laughter that are raising awareness, that are bringing in multidimensional characters, that are reflective of the world around us, I think is so important.

B: And how is your character Zoey doing this time around?

F: Zoey is really discovering her own voice more so than ever. She is gawky, quirky, and embarrasses herself, but she's also just a beautiful friend, and she's so kind and loving and fun and strong. I love her so much, and just I love playing her.

B: I saw in the trailer that there was a scene where there was like an LGBT+ couple. Can you tell me some of the ways in which the show has updated for 2022?

F: Oh, it's so incredible you know?  There are so many episodes that deal with incredibly real topics that will really, I think, lend itself to having incredible conversations around the dinner table. I'm so excited to watch it with my kids and have conversations. In the second episode, we deal with influencers and what happens in social media, and how that you know affects people, and EJ [Johnson’s] character is so unapologetic and so themself and representative of the world in which we're living in. I look at that character and I'm like "Oh, I want to grow up to be like you!" You know? And so, I love that! It's not shying away from anything. It's really diving in and making it digestible for families to then carry on these conversations around equality, around topics that are just touching us all right now. And I'm so grateful to our amazing creators and to Disney+ for allowing us that freedom to just dive in.

B: I saw your documentary Kid90. What was the reception when you were breaking out that camera back then?

F: You know, it's amazing, one of my dearest lifelong friends, when they watched the cut, they said "You know, I never really understood what you were doing back then, but I realize now, you were a teen journalist. When I started the documentary, I tried to make it about everyone but myself, and then the journey of going back and peeling back the onion layer after layer, it got to the point where it was so personal, and when i did it, in the process of doing it, I really hoped that as much as it was a personal journey, that people would be able to connect to it and make it their own." I was so grateful that people were taking the documentary and really watching it through their own lens, that something inside of them made them remember their past love, or friends they'd lost. Maybe a struggle with mental health that they've gone through. Those were really my dream of all dreams.

B: But you put the camera away for a while, yes?

F: I did. I locked it away for over 20 years. Of course I documented my family and things like that on my phone, but I locked all the footage away, and I think part of it was, I was so protective of the people I love, but I also I think on a subconscious level, I wasn't ready to deal with the pain.

I turned forty and I had this moment of like, "Who am I?" Separate from my kids and the marriage I was in.

All of these things I remembered from my youth — it was so joyful and so happy.  So I started questioning whether things had actually happened the way I remembered them, because I also knew that some of my best friends — we're not talking about superficial relationships, like my best friends — had not made it out of that time, had passed away really early in life. So, I really had to examine both myself and the world around me, which became an incredible cathartic, painful, beautiful, liberating journey. And it also fundamentally changed my life forever because once those blinders came off, those rose-tinted glasses, I couldn't look at the world the same way again.

B: Are you into watching vloggers or Tik-toks?

F: On occasion. I still love reading books, though. I'm still that person who's fascinated by quantum physics, philosophy, and learning more about history — about the history in which I feel like I've come from, and what is real history?  Because I don't think we're really learning history in the way that we should be, in our classes, and things like that. So trying to better educate myself, so I can better educate my family, and try to live our lives by some kind of example in just being in the human kindness of just trying to do more and be better, and I think that takes oftentimes a self-education of sorts, so that is definitely where I spend more of my time.

B: Can you tell us about some of your philanthropic work?

F: The work I do with CORE (Community Organized Relief Effort,) a disaster relief organization that started after the earthquake in Haiti, is some of the work I’m most proud of. We have our incredible co-founders Sean Penn and Ann Lee, and we've done work across the globe, we really go in when disaster strikes, and have really worked globally, and when COVID hit, we immediately jumped into action and started doing testing sites, working with the incredible LA Fire Department, with the Dodger Stadium site. We set up sites across the US and are now in Brazil, India, and it just continued to grow and grow. Next to my children, being a part of CORE, being on the board, taking a hands-on role, has really been the work that I'm most proud of.

The Proud Family: Louder and Prouder, is now streaming on Disney+

Tags: Soleil Moon Frye , the proud family: louder and prouder , the proud family , kid90 , punky brewster , CORE , community relief organizations.
Support Feminist Media!
During these troubling political times, independent feminist media is more vital than ever. If our bold, uncensored reporting on women’s issues is important to you, please consider making a donation of $5, $25, $50, or whatever you can afford, to protect and sustain BUST.com.
Thanks so much—we can’t spell BUST without U.