Britney Spears Is Finally Free, But What Will Her New Normal Look Like? 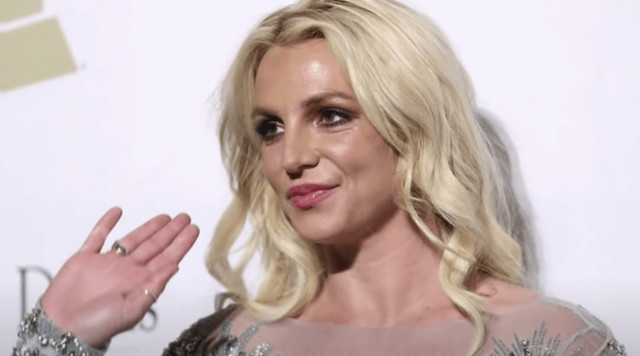 This ruling comes months after the 39-year-old singer first expressed her unhappiness under the conservatorship. As far back as June, Spears pleaded the court to release her from the arrangement without further mental evaluation, calling the conservatorship traumatizing and abusive.  Among other abuses, she cited being drugged, forced to work against her will, and banned from removing her birth control as examples of the conservatorship’s unjust control over her life.

“I shouldn’t be in a conservatorship if I can work,” Spears told the court in June.  “The laws need to change...I truly believe this conservatorship is abusive. I don’t feel like I can live a full life.”

Now, after social media outcry and dozens of “Free Britney” protests, Judge Penny has finally allowed Spears to regain her independence. While the singer was not present at Friday’s hearing, her attorney, Matthew Rosengart, used statements from her June testimony to argue on her behalf.

“What's next for Britney, and this is the first time this could be said for about a decade, is up to one person: Britney,” Rosengart stated after the decision. “As of today, Britney is a free woman, she's an independent woman.”

Spears herself later posted a video of hundreds of fans celebrating Judge Penny’s ruling outside the courthouse, expressing her appreciation for all those who have supported her throughout her long legal battle.

The “Toxic” singer is back in control of her life, but her battle is still not fully over. Rosengart and the rest of Spears’ legal team have launched an investigation into her father’s management of her finances and estate during the nearly 14 years that he was her conservator.

The singer and her legal team still await Mr. Spears’ response to their document requests regarding these security violations and various financial matters. The requested documents include all communications with security staffers who worked in/around Britney’s home, all communications regarding her medications, and all lease or rental agreements paid for by her estate during the conservatorship.

Rosengart previously stated that Spears would sue her father if these requests were not fulfilled; however, it is unclear whether this is still Spears’ plan now that she has escaped the conservatorship.

Regardless of whether Spears takes further legal action against her father, she has a long road ahead to reclaiming her financial assets and readjusting to life as an independent adult. Jodi Montgomery’s attorneys have already filed a termination plan that will allow the mother of two to exit the conservatorship and transition into a “safe, happy and fulfilling life.”

Since first speaking publicly about her situation, Spears has already made monumental leaps forward in choosing her own happiness. In September, she announced her engagement to boyfriend Sam Asghari and, throughout her legal battle, has opened up on social media about her mental health struggles.

Naturally, fans are wondering if Spears will focus more on her music now that she is free from her father’s control, but this may take some time. After all Spears has been through, she’s suggested wanting to take some time to focus on herself and her family rather than jumping head first back into her career.

“I believe any reason to find more joy in life is a good idea … and it’s no secret that I’ve been through it in the past … so I might have to do things a little differently from now on !!!” Spears said in an October Instagram post.

“I'm staying clear of the business which is all I've ever known my whole life … which is why this is so very confusing for me !!! Anyway … God bless you all…”

As for Spears’ legal case, she’s scheduled to return to court on December 8 and January 19 to ensure protection of her estate and finances. Rosengart has stated that their team’s major goal is to give Spears a financial “safety net” and transfer all her assets to her personal trust.

In the meantime, Spears is enjoying her new lease on life with her children and fiance. The singer stated that she’s been “on cloud 9” since receiving her freedom, even enjoying her first-ever glass of champagne in honor of the news. As Spears so aptly put it, “I’m celebrating my freedom and my B day for the next two months !!!!!!!!!!! I mean after 13 years … I think I’ve waited long ENOUGH.”