13 Celebs Who Understood The Assignment This Halloween 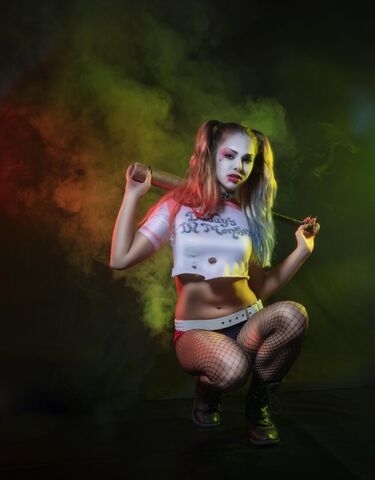 Halloween may be over, but that won’t stop us from reminiscing on all of the amazing looks we were served this year. Here are some celebrities who totally crushed it with their costumes this Halloween and reminded us that there’s no reason to not go all out next October.

1. Most Out Of This World: Lizzo

The Grammy-winning singer took us to a galaxy far, far away with her spot-on portrayal of The Mandalorian’s Grogu (a.k.a. Baby Yoda). Going green from head to toe, Lizzo gave Grogu some extra glam with a gold-chain heart purse, shimmering nails, and – the true cherry on top – UGG boots. The 33-year-old brought the force to Spotify’s Ghost Town Halloween Party in West Hollywood, where she (or was it Grogu?) performed her 2019 hit “Truth Hurts'' to a full crowd.

Ariana Grande embodied the best of Old Hollywood scares with her Creature from the Black Lagoon-inspired costume. Recreating the 1954 sci-fi/horror film’s iconic poster, Grande posed as the titular gilled creature, now rebranded as the “Amazing! Startling! Shocking!” miss creature from the black lagoon. There’s no way all those fishy prosthetics were comfortable, so let’s thank Grande for pushing through the pain to bring us the hottest aquatic look around.

Watch out, Emma Stone, there’s a new Cruella de Vil in town. Megan Thee Stallion turned the eccentric 101 Dalmatians heiress into a certified Insta baddie with plenty of twerking videos to prove it. From bangs to nails to lingerie, the 26-year-old rap star showed that you really can’t go wrong with dalmatian print.

Of course, every evil villainess needs a color-coordinated sidekick, and Meg’s pup, Foe Thee Frenchie, fully delivered on this front. The adorable french bulldog stole the show with a red, white, and black jester hat and mask, which he seemed totally psyched to flaunt.

My heart grew three sizes when I saw Janelle Monáe go full. on. Grinch this year. In a costume so fuzzy, so green, so Seussical it most certainly gave Jim Carrey a run for his money, the “I Like That” singer flooded her Instagram with Grinchy content. If you’ve ever dreamed of watching the Grinch play electric guitar or cook breakfast in a bathrobe (I know I have), then look no further. Monáe has you covered with a “Mean lil’ GRINCH” music video, which deserves to be left on repeat for the rest of the year or maybe forever.

It’s not spooky season without the movies of the master of suspense, Alfred Hitchock. The Psycho director’s filmography is essential viewing for any horror/mystery lover, and this year, Reese Witherspoon paid homage to his 1963 classic thriller, The Birds, with her Halloween costume. The Oscar-winning actress donned a near-identical suit to the film’s protagonist (played by Tippi Hedron) with black birds pinned across her body. The Wild star even had a creepy bird backdrop to round out the costume, making her look like a movie poster brought to life.

XOXO, Gossip Girl is gone from our TV screens but has not been forgotten. Dynasty actress Elizabeth Gillies brought Blair Waldorf back to life with a near perfect recreation of one of the character’s most iconic outfits. Don’t be surprised if bright red leggings become all the rage this fall because, let’s be honest, Gillies is selling them. The Queen Bee of Constance Billard School may not be easily impressed, but she’d definitely approve of this prep-chic tribute.

When Hailey Baldwin said, “It’s Britney, bitch,” she meant it. The Ralph Lauren model revealed on Instagram that Britney Spears was the first artist she ever saw in concert and has since held a special place in her heart. Showing off her modeling chops, Bieber portrayed the many different eras of Spears’ career, from innocent schoolgirl (with adorable fuzzy pink scrunchies, I must add) to spandex-suited “Toxic” queen. In light of the recent Free Britney movement, the recreations are especially touching, highlighting everything that makes Spears so special.

The Squid Game actress poked fun at her show’s most memorable set piece/creature/general nightmare material: the giant red light/green light, human-killing doll. From the bright orange dress to the empty, robotic stare, Lee has this doll locked down. Ironically, the sinister doll image originally appeared in Korean children’s textbooks as a happy, friendly character. As Lee proved with this costume, the tables for doll girl have turned...she’s now the creepiest chick around.

A Halloween mainstay, the late Selena Quintanilla, Queen of Tejano music, is one of the most celebrated Mexican-American musical artists of all time. To honor Selena’s legacy, r&b singer Ciara dressed as the late singer at her last televised concert, 1995’s Houston Astrodome concert. The “Level Up” singer not only nailed Selena’s iconic flared-leg jumpsuit but also performed Selena’s hit song, “Bidi Bidi Bom Bom,” in a video posted to Instagram. Selena may no longer be with us, but her music has certainly not been forgotten.

Kendall Jenner rocked a massive ‘do as the sultry assassin Martian Girl from Tim Burton’s 1996 cult classic, Mars Attacks!. The Vogue cover model danced the night away at boyfriend Devin Booker’s Halloween birthday party extravaganza on Saturday night. How her hair stayed in place on the dance floor is a mystery, but one thing is clear: Jenner rocks this stunning paisley dress like a second skin. Let’s hope that all Martians are just as stylish.

As part of her self-proclaimed #Saweetaween (which I will now be celebrating religiously), Saweetie went full feisty feline. Leather bodysuit? Check. Platform heels? Got ‘em. General boss bitch energy? Unlocked. If you had any doubts as to how much Saweetie nailed this look, she even got OG catwoman, Halle Berry’s, stamp of approval, which you can check out in her Insta video above.

12. Most Menacing Mom: Cardi B

Morticia Addams can be a pretty safe costume choice; just put on a long wig, a black dress, and you’re a certified Addams. But when Cardi B does Morticia Addams, you better believe she’s going to stand out. The 29-year-old rapper pulled out all the punches with her take on the beloved Addams Family character, donning a striking metal chain dress and black corset that give Morticia’s traditional Victorian style an edgy, modern twist. With bright red lips and a rose in hand, Cardi transformed Morticia into the hottest mom in our world and the underworld. Gomez Addams is a lucky, lucky man.

Beware: He Who Must Not Be Named has returned, and he looks a whole lot like Lil Nas X. The “INDUSTRY BABY” singer brought us back to the wizarding world with his take on Harry Potter’s infamous foe, Lord Voldemort. Not only did the pop-rap star get Voldemort’s creepy slit nose spot-on, but he wore the villain's full-length green Slytherin robes (never trust a Slytherin). The Dark Lord has never looked better, and according to Lil Nas’ Instagram, he shoots hoops now too?

Tags: Halloween , celebrity costumes , best celebrity costumes this halloween , best halloween costumes.
Support Feminist Media!
During these troubling political times, independent feminist media is more vital than ever. If our bold, uncensored reporting on women’s issues is important to you, please consider making a donation of $5, $25, $50, or whatever you can afford, to protect and sustain BUST.com.
Thanks so much—we can’t spell BUST without U.