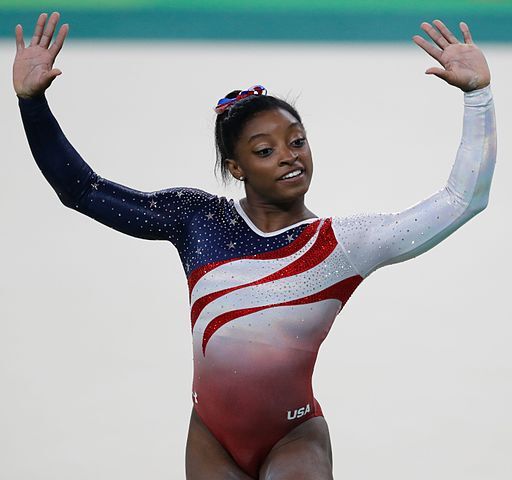 In a shocking conclusion for the American gymnastic team, Olympic gold medalist gymnast Simone Biles has withdrawn from the gymnastic team final at this year’s Tokyo Olympics.

Her withdrawal from the team competition follows an uncharacteristic stumble on the vault earlier in the day. Biles had planned to complete an Amanar vault, a difficult move of 2 and ½ turns in the air. Instead, it appeared as if Biles had lost her way in the air, only completing 1 and ½ turns before landing on the mat and stumbling forward. The falter landed her with a score of 13.766, her lowest Olympic score ever.

After her vault, Biles immediately exited the arena with a team medic and returned with her right leg wrapped. Soon after, Biles was in a tracksuit and USA gymnastics announced Biles would withdraw from the team competition saying, “Simone has withdrawn from the final team competition due to a medical issue. She will be assessed daily to determine medical clearance for future competitions.”

Biles herself, however, suggested that the reasons for her withdrawal on Tuesday were more mental than physical. Speaking to Today show host Hoda Kotb, Biles said, “Physically, I feel good, I’m in shape. Emotionally, that kind of varies on the time and the moment.” In an Instagram post, Biles said, “I truly do feel like I have the weight of the world on my shoulders at times. I know I brush it off and make it seem like pressure doesn’t affect me but damn sometimes it’s hard hahaha!”

Without Biles, the team won silver, playing behind the Russian Olympic Committee after Jordan Chiles stepped in to take Biles’ place on the team.

On whether we will see Biles compete later in the competition for the individual events for which she won three gold medals and one bronze at 2016’s Olympic games, Biles said to Kotb, “We’re going to take it day by day, and we’re just going to see.”