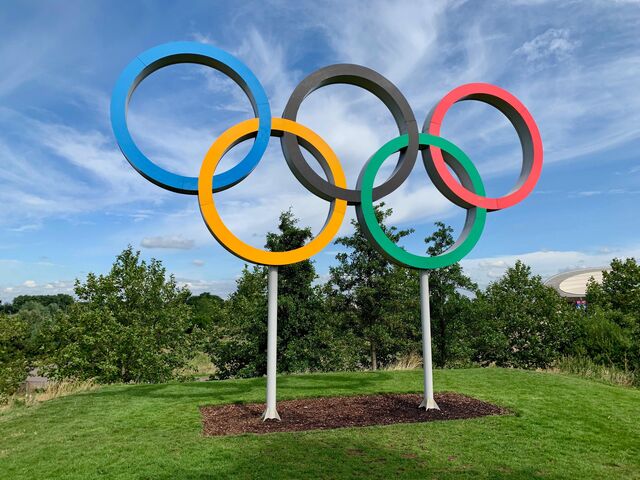 The Olympics are in full swing and we are here for the greatness. Take a look at a few of our favs competing this Olympic season.

It was an honor to photograph Olympic boxer Staff Sgt. Naomi Graham and it's as exciting seeing this portrait run in Sport Illustrated: https://t.co/gpsybO2OPp. Check this video to see more: https://t.co/xndv5smFmr. Thanks @EmLJohnson for the assignment! pic.twitter.com/s3h2IHmSQA

Naomi Graham is not only an amazing boxer, but she is also an active military member. This feat makes her the first woman to represent Team USA in boxing, while actively serving in the military. Serving her country and participating in the Olympics? What can’t she do?

Not only will this be Allyson Felix's fifth Olympics, it'll be her first as a mother.

She gave birth to her daughter, Camryn, via emergency C-section at 32 weeks in 2018. The two celebrated together after Felix qualified for Tokyo last month ❤️ @allysonfelix pic.twitter.com/8qKVGFtn78

Allyson Felix has won nine Olympic medals in track and field and has been very open about her struggles as an athlete and a mother. In 2019, Felix wrote a piece for the New York Times where she discussed her struggles with her Nike sponsorship after having her child in 2018. Felix is not only an amazing athlete but a courageous activist for women who feel as though they have to choose between their career as an athlete and a mother.

3. The entire US soccer team

4 US goals were disallowed due to offside rules pic.twitter.com/r7n3xeH1AD

With members like Alex Morgan and Megan Rapinoe, the US women’s soccer team has spent years at the forefront of equal pay in women’s sports. Their success as a team has strengthened their voices in this crucial fight, making them truly inspirational.

"Everything needs to click, and it can be challenging. The pressure, the expectations of history makes it a little harder."

World No. 1 Nelly Korda can join an elite group of LPGA players by accomplishing this rare feat at the Amundi Evian Championship: https://t.co/4zff03K0kh pic.twitter.com/u9Kmwxk3cD

Being a woman in a sport such as golf is not an easy feat, but Nelly Korda has proven again and again that she is here to say, winning 6 LPGA Tours. Korda is playing on Team USA with her sister, Jessica Korda and they are expected to do great.

Katie Ledecky made history as the youngest member of the US Swimming team in 2012 and has continued to amaze us, winning six gold medals and two silvers. Nearly nine years after her first Olympic appearance, she is still proving herself as an excellent swimmer. Ledecky is definitely one athlete who never fails to impress us.

Tags: Olympics , 2021 , sports , golf , soccer , swimming , track and field , boxing , women to watch for in olympics.
Support Feminist Media!
During these troubling political times, independent feminist media is more vital than ever. If our bold, uncensored reporting on women’s issues is important to you, please consider making a donation of $5, $25, $50, or whatever you can afford, to protect and sustain BUST.com.
Thanks so much—we can’t spell BUST without U.