6 Iconic LGBTQ+ Comedians To Laugh With This Pride Month 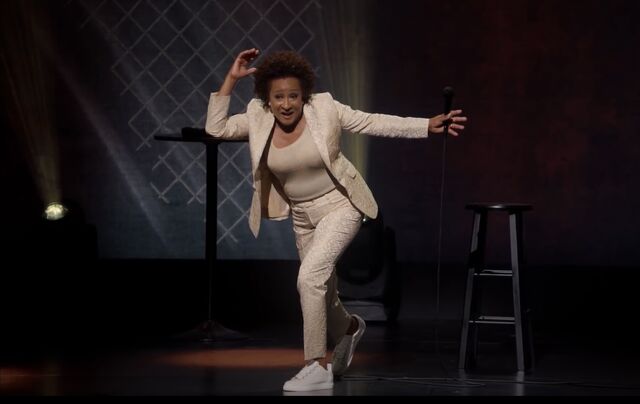 Despite their diverse backgrounds, experiences, and comedic styles, the following six people have all shared a similar feeling with regard to comedy: that it has been a personal remedy and platform to deal with the discrimination they have experienced throughout their lives and careers. The perspectives they share on society as individuals who have been pushed into the margins has proven game-changing to the comedy scene in the last decade. And so, to celebrate Pride Month, here are six of the most talented LGBTQ comedians in the game right now, whose work you’ll find simultaneously insightful and capable of having you in tears of laughter.

Hannah Gadsby is an Australian comedian who was catapulted into the spotlight following her Netflix Special, Nanette (2017). Ironically, her mission statement with this routine was to explain the reasons she would be giving up comedy, only to shatter its boundaries and trail-blaze a new definition for what comedy could be in the future.

Equal parts hilarious and heart-wrenching, Gadsby reflects on a childhood of internalized homophobia in Tasmania; sexism; marginalization as a queer woman; and a diagnosis of autism and ADHD later in life. In her follow-up special Douglas (2019), Gadsby brushes off the tidal wave of misogyny she received following Nanette like a dust speck on her suit: “I still get men sliding into my DM’s just to let me know, in all caps, that THEY’VE NEVER HEARD OF ME…I can’t help but feel worried for them,” she remarks gleefully.

Cameron Esposito possesses an infectious ability to lay bare life events anyone might find upsetting with the same enthusiasm and optimism as if she’d just received an award. For example, in a segment on Conan, she jokes about her recent post-divorce spiral into hair bleaching and wooden-spoon making classes, all made worse by an inability to relate to Beyoncé’s catalogue of break-up songs as a gay woman.

Esposito rose as a prominent figure in the #MeToo movement with her 2018 comedy special Rape Jokes, and has also starred alongside her ex-wife in the comedy sitcom Take My Wife (2016-18). She also hosts a weekly podcast, Queery, where she interviews an array of guests from the LGBTQ community.

Patti Harrison is an actress and comedian known for her distinctly bone-dry humour, who rose to prominence in 2017 after appearing on Jimmy Fallon to tear into Donald Trump’s ban on transgender people from the military. Harrison, herself a transgender woman, is most well-known for her role in Shrill (2019-21), her Emmy-nominated writing on Big Mouth, and bizarre Twitter antics—including getting banned for pretending to be Sia, acting as brand ambassador for the official account of Nilla Wafers. This year she starred in the critically-acclaimed indie comedy Together, Together, alongside Ed Helms, which follows the unlikely friendship that blossoms when a young woman agrees to be the surrogate for a single man in his forties.

On numerous occasions, Margaret Cho has spoken about how comedy has saved her life, and likewise, she has drawn from any and every intimate detail of her life for her comedy, beginning with her upbringing in San Francisco by Korean parents who owned a gay bookstore: “There were old hippies, ex druggies, burnouts, drag queens and Chinese people. It was a really confusing, enlightening, and wonderful time.”

Cho, who is bisexual, has infused this liberal spirit into a stand-up career spanning nearly forty years, obliterating any stereotype people might have about her as an Asian woman: loud, extreme, and unapologetic; to her, no topic is taboo or off-limits. In her many stand-up specials, including her most recent, PsyCHO (2015), she covers topics like sexism and her former inferiority complex to white people, and why exactly she was wrong to ever have one.

Wanda Sykes is a veteran of the comedy circuit, having begun her standup career in the 80’s before becoming a writer on The Chris Rock Show in 1997. Known for her roles in Curb Your Enthusiasm (2001-11) and Black-ish (2015-present), Sykes has been nominated for fourteen Emmys for her writing, guest appearances, and stand-up specials, winning one for her guest role in 30 Rock.

With her most recent special, Not Normal (2019), she uses the title to create a hilarious and unrelenting commentary on her personal life as a Black, lesbian mother and wife, and the new habits, big and small, of post-Trump America gone mad: She drums home the importance of consistency with feminism, saying: “You can’t be out there at the women’s March, ‘Fuck Harvey, yeah! Equal pay! Yeah, we got to get equal pay!' and then be like, “Ooh, girl, I got to get home and watch The Bachelor.' No.” Sykes has since written her own TV show during lockdown, The Upshaws, which came out last month on Netflix.

Mae Martin is a Canadian non-binary comedian based in the UK, whose comedic style is so playfully self-deprecating that they often put the breaks on as they roll towards their punchline, darting their eyes to the side as if even they can't believe what they're saying. Martin's stand up special, Dope (2017), revolves around the many faces of addiction they have encountered throughout their life, beginning with an intense obsession with Bette Midler in middle school, and transitioning their all-consuming affections to stand-up, relationships, and drugs.

Martin has recently been nominated for a BAFTA for their starring role in the Netflix comedy Feel Good (2020-present), which The Guardian called "a deadpan delight." The show focuses on the relationship between Mae (Martin) and George (Charlotte Ritchie), while Martin's semi-autobiographical character navigates a stand-up career, repressed trauma, and drug addiction.

Tags: Wanda Sykes , Hannah Gadsby , Cameron Esposito , Patti Harrison , Margaret Cho , Mae Martin , LGBTQ comedians , women in comedy , LGBTQ , Pride Month
Support Feminist Media!
During these troubling political times, independent feminist media is more vital than ever. If our bold, uncensored reporting on women’s issues is important to you, please consider making a donation of $5, $25, $50, or whatever you can afford, to protect and sustain BUST.com.
Thanks so much—we can’t spell BUST without U.