Details
BY Melody Heald
IN Entertainment
Published: 26 May 2021 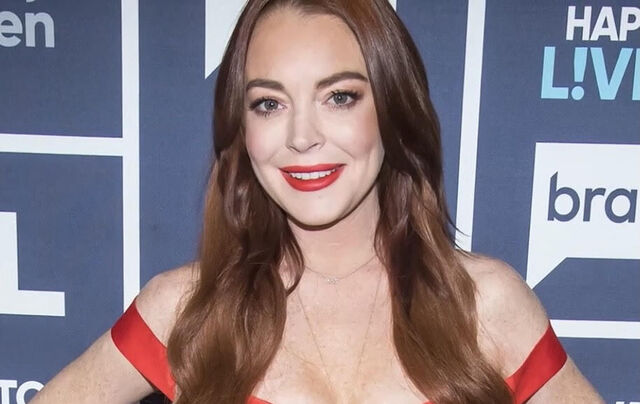 Lindsay Lohan is returning to the entertainment industry, starring in a Netflix Christmas special.

According to Variety, Lohan, 34, will be playing a “newly engaged, spoiled hotel heiress” who gets amnesia after a skiing accident and “finds herself in the care of a handsome, blue-collar lodge owner and his precocious daughter in the days leading up to Christmas.” The rest of the cast and name of the movie have not been announced. It is set to release on Christmas 2022.

Lindsay Lohan will star in a new romantic comedy about a newly engaged and spoiled hotel heiress who finds herself in the care of a handsome, blue-collar lodge owner and his precocious daughter after getting total amnesia in a skiing accident pic.twitter.com/umpCpCzW4w

The Disney starlet started her acting career at the young age of 11, starring in the remake of The Parent Trap. From there, she starred in a number of Disney movies, such as: Life-Size, Get a Clue, a reboot of Freaky Friday, and Confessions of a Teenage Drama Queen. Lohan branched out after Disney by starring in Mean Girls, Bobby, and I Know Who Killed Me.

The actor's future seemed promising, her fame skyrocketing film after film. Lohan slowly started fading out of the limelight due to her “substance abuse, driving-offense convictions, probation violations, jail time and spells in rehab,” The Guardian reported. She last starred in the 2013 thriller, The Canyons.

In the early 2010s, Lohan started withdrawing from the entertainment industry. She eventually moved abroad, living in both Europe and Dubai, Variety wrote. Since then, her projects were erratic, appearing in random movies and TV shows. In 2014, Lohan appeared in Speed the Plow and guest starred on CBS hit-show 2 Broke Girls. Lohan gradually started returning to the industry, becoming a recurring character in 2018’s British comedy Sick Note, getting her own MTV show called Lindsay Lohan’s Beach Club in 2019, and becoming a judge on the Australian Masked Singer in 2019.

During a New Year’s special in 2019 on CNN, Lohan told Anderson Cooper and co-host Andy Cohen that one of her new year’s resolutions is to return to the United States and start filming again. The star returned to America in 2020, starring in Among the Shadows.

"(I want to) come back to America and start filming again, which I'm doing something soon," said Lohan during the CNN interview. "And you know, taking back the life that I worked so hard for and sharing it with my family and you guys."