Content Creator Kaiti Yoo Reflects on Her Online Journey So Far And Working On Building A Healthy Relationship With The Internet: BUST Interview

Details
BY Sydney Jackson
IN Entertainment
Published: 26 May 2021 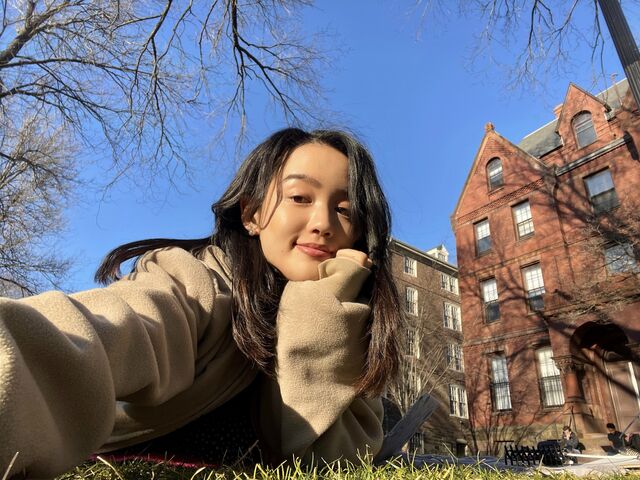 With her honest and sincere advice and her keen sense of style, it is pretty obvious as to why Kaiti Yoo is one of YouTube’s hottest creators right now. From her addicting fashion series, to the transparency that she presents in her digital diaries, Yoo’s creativity combined with her genuineness makes her stand out from other creators. I had the pleasure to speak with Yoo as we discussed producing, stepping out of your comfort zone, and more.

I watched in your Q&A video for 10k/50k subscribers, you mentioned that you would like to pursue being a producer as you feel that it’s a career that has a good balance between the creative and logistic side of creating content. With that being said, if there was one show/movie/production that you could be a part of as a producer, what would it be?

Oh, it would definitely be the show Criminal Minds. I’m a true crime junkie through and through, and Criminal Minds was what sparked my initial fascination for it. I watch crime documentaries religiously. I binge every episode of every crime podcast… I even told all my high school teachers that I’d grow up to be an undercover agent for the FBI to tackle such crimes (Funny how that turned out… Now my digital footprint is a tad too big for me to ever go incognito for the federal government. RIP.)

Given this obsession, producing for that genre would be a dream. I particularly like how every episode of Criminal Minds tackles a totally new case/crime and thus allows for a fresh start every week, which is kind of similar to the workflow of YouTube. I’m also a pretty goal-oriented person, so I imagine having a constant flow of new plots and projects in the form of these bite-sized episodes on a subject matter I’m super interested in would be a blast.

You have had monumental growth in only a short time period. How do you feel that you have grown the most as a creator, editor, and even as a brand?

I’m proud to say that my authenticity is something I’ve become really comfortable with over the past year of creating. It’s mind-blowing to picture that girl who hit “record” on her camera with shaky fingers and a trembling voice just a year ago. Back then, turning the camera on was certainly fun, but I was constantly putting on whatever persona I thought would be most palatable to my audience — a livelier, funnier, peppier version of me. I felt increasingly pressured to entertain and perform, rather than connect and document. For a while, I dreaded filming, but I somehow got through it every week anyway.

A shift in my behavior was forced once I had to go back to college. With so many academic things added onto my already unruly to-do list, I inevitably had to divert my attention away from nitpicking and planning my content so hard in order to make ends meet. So what the heck, I just started telling it exactly how it was. When I was struggling, I didn’t sugarcoat it anymore. Letting go of that control not only felt incredibly liberating, but it also resonated with viewers who needed to hear encouragement more deeply than any of my prior content had. It was then that I realized that vulnerability and honesty are all people are asking for, really. Going forward, I want to continue to prioritize that rawness over everything else.

Is there a form of content that you have been wanting to try on your channel, but are hesitant to?

I would really love to branch out in the production style of my fashion content. Right now, a lot of it consists of putting my camera on a tripod, then modeling, directing, producing all by myself. I think there’s a lot of untapped potential and creativity still to be seen in working with a team to incorporate different camera angles, fluid motion, multiple locations, etc. to get more music video-esque productions. As much as I love having full creative agency as a one-woman show, creating with a team every once in a while would be stimulating in a different capacity because of that great, collective grind toward a shared vision and thereby becoming so much closer with one another in the process.

Right about now, I can picture you asking: so what’s holding you back from going ahead and doing the damn thing right now? I guess my answer is pretty straightforward: I’m still just a little shy about networking and asking to collaborate with others! I struggle with a bit of imposter syndrome that holds me back from reaching out to fellow people in the creative field, but this mentality is something I really want to overcome going forward. Stepping outside of my comfort zone is where the most growth happens! It's time I put those words to practice. :)

Is there anything that you would want your viewers to know/understand about you?

First of all, I love you. So much. Thank you for loving me.

Second, I hope you know that you push me to do better in figuring myself out so that I can create the best content for you all. This past year — sharing my life with strangers who somehow care deeply about what I have to say, impacting people in corners of the world I would have never physically stepped foot in otherwise, it’s been the rollercoaster and blessing of my dreams… but at times, it’s been an overwhelming one, too. I think a lot of content creators eventually come to a crossroads of deciding just how much of their life they want to share online. This industry constantly incentivizes creators to do more, share more, post more, and it can cause a loss of a sense of self because our lives start to feel like consumable products rather than our own realities.

Even though I’ve only been doing this for a teeny tiny year, I feel that I’m already approaching that crossroads, straddling that thin line to establish which boundaries I’m comfortable with. With that, I hope you know I’m going to do everything in my power to maintain a healthy relationship with my work so that I don’t get burnt out to the point of inauthenticity. And in order to make such content that continues to be honest and healthy, and serves as your hand to hold and shoulder to cry on, there will be times that I’ll have to step away in order to bounce back stronger and connect even deeper. I hope you understand when those hard times do inevitably come.

Are there any last words that you want to share or put out into the world? For context, this could be any advice, a phrase, or just any information you want to put out to whoever reads this.

A sincere reminder to myself (but applicable to all): Stop trying to be liked by everybody. You don’t even like everybody! Instead, focus on liking you… because you’re stuck with that one. :)

You can check out the rest of Kaiti Yoo’s content here.