Details
BY Jamilah Lewis-Horton
IN Entertainment
Published: 25 May 2021 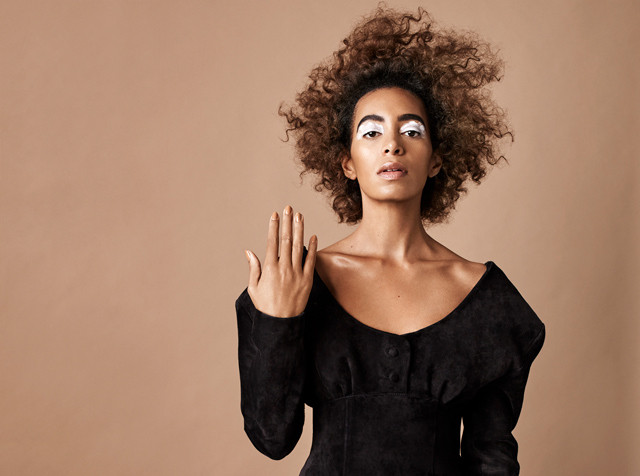 Beginning in 2013, singer-songwriter Solange Knowles founded Saint Heron as a means of amplifying Black music and culture in a world where, all too often, Black artistry goes unnoticed. Recently, the organization announced plans to expand upon that work in a more sustainable, longevitous way. Saint Heron will now operate as a multidisciplinary studio and agency, invested in the preservation and collection of Black and Brown art.

“We wish to build a space that engages and protects radical conceptual imaginings across all facets of art, music, culture, and design,” read Saint Heron’s Instagram press release. “We are dedicated to becoming the historians of our own expressions.” According to The Root, the archival project will solicit material from emerging and established photographers, sculpturists, literary scholars, and composers, among others.

Knowles expressed immense gratitude over the expansion on social media, thanking her team and looking toward the future of Saint Heron with great optimism. “Saint Heron’s vision to build and structure new worlds that connect and strengthen our identities through expression, is the foundation of its work,” she remarked to ESSENCE. “We are intentional about how we empower authenticity, and that begins from our center. I am so honored to have this incredible team of women by my side, and in leadership through their dedication to creating this legacy that will persist through time.”

The team at Saint Heron is doing the important work of constructing spaces for Black and Brown artists of all mediums to have their work consumed and celebrated in ways that reject the white gaze and inspire future generations of artists to create authentically. Visit the institution’s official website for more pertinent information on how to support the vision.

Tags: Solange Knowles , Saint Heron , Black Art , Black Culture , Black Music , Black Women , The Root , Essence , White Gaze , Digital Archive
Support Feminist Media!
During these troubling political times, independent feminist media is more vital than ever. If our bold, uncensored reporting on women’s issues is important to you, please consider making a donation of $5, $25, $50, or whatever you can afford, to protect and sustain BUST.com.
Thanks so much—we can’t spell BUST without U.