Details
BY Natalie Frate
IN Entertainment
Published: 26 May 2021 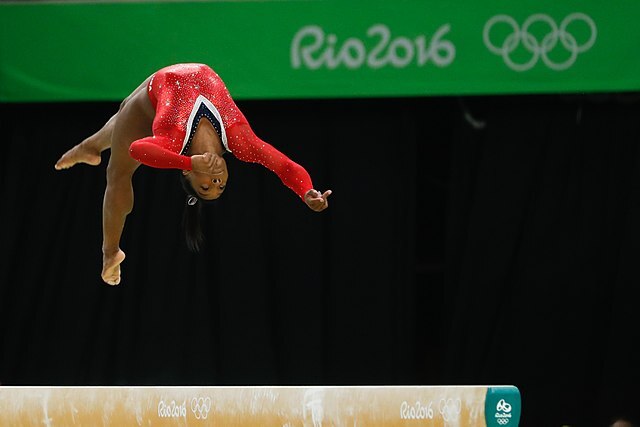 The highly complex move involves a roundoff onto the springboard, a back handspring onto the vault, and two backflips in the air, all of which Biles completed with an imperfect landing.

Many people congratulated—and were generally in awe of—Biles on her historic moment, including former First Lady Michelle Obama and fellow athlete LeBron James.

Always amazed by you, @Simone_Biles! Keep shining — we’re rooting for you! 😍✨

When asked about all the attention her vault has gathered, Biles said: “It’s pretty crazy, but it’s also really nice to see all the support from all of the athletes all over the world.”

Following impressive floor, bar, and balance beam routines (several of which contained moves named after her), the reigning World Champion was named the all around winner of the U.S. Classic.

Biles will be competing next in the U.S. Gymnastics Championships in June, and the U.S. Olympic Team Trials in July. The Olympics will be held in Tokyo, Japan beginning in late July, unless they are once again postponed due to the ongoing COVID-19 pandemic.

SImone Biles Was Penalized For Being Too Good At Gymnastics

Tags: Simone Biles , gymnastics , Olympics , Michelle Obama , LeBron James , Yurchenko double pike
Support Feminist Media!
During these troubling political times, independent feminist media is more vital than ever. If our bold, uncensored reporting on women’s issues is important to you, please consider making a donation of $5, $25, $50, or whatever you can afford, to protect and sustain BUST.com.
Thanks so much—we can’t spell BUST without U.