Details
BY Natalie Frate
IN Entertainment
Published: 20 May 2021 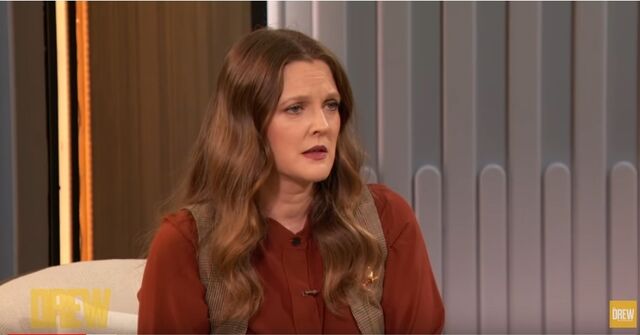 Drew Barrymore addressed her past work with Woody Allen on her talk show, The Drew Barrymore Show, during an interview with Dylan Farrow, in which they discussed the new HBO docu-series, Allen v. Farrow.

Explaining her decision to work with Woody Allen on the 1996 film Everyone Says I Love You—four years after the first accusations of Woody Allen’s sexual abuse of his adoptive daughter came out—Barrymore says she was “one of the people who was basically gaslit into not looking at a narrative beyond what I was being told,” and that having children of her own changed her perspective on the issue. She also attributed the changes in how the film industry looks at issues such as this one to Farrow, and thanked her for her “brave choice.”

Farrow, clearly affected by Barrymore’s candor, told her she found it “incredibly brave and incredibly generous that you would say to me, that my story and what I went through was important enough to you to reconsider that.”

They also discussed Farrow’s family’s involvement in the HBO series, how she deals with triggers in day-to-day life, and how her trauma has impacted her relationships and her approach to motherhood.

The interview ended with a discussion of her career as an author and her new YA novel Hush, a fantasy about a teenage girl who must go on a journey to discover the truth of the world she lives in after her mother is killed.

Watch the full interview with Barrymore and Farrow below.

Mayim Bialik Rejects Spanx, Embraces Feminism, And Reflects On A Past That Includes Woody Allen On BUST's "Poptarts" Podcast