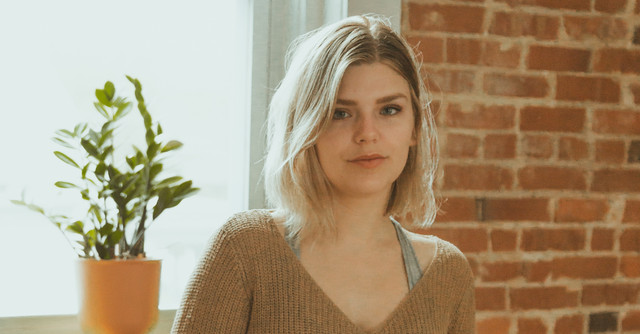 Tiffany Ferguson, or as many know her online as Tiffany Ferg, is a YouTuber and podcaster whose in-depth and thorough analyses of popular media allows her to open up conversations on a wide variety of topics, such as societal norms, feminism, capitalism, and even meme culture. I had the pleasure of speaking with Tiffany and getting to know a little more about who she is behind the scenes.

What interests you the most about media and media analyses?

Do you ever get overwhelmed by how much media there is to cover? How do you decide what you want to discuss on your channel?

That’s one benefit of internet analysis, is that it’s such a broad series, so I can integrate whatever I’m interested in under that umbrella. I do have a crazy long list of ideas and topics and sometimes it’s just like a thought or question that I end up exploring. Sometimes, it’s more related to current events or news. I try not to chase those drama channel kind of topics, just because I’m not good at keeping up with the quick turnaround. Usually, with a hot topic, you’ve got to make a video immediately and post the same day, which does not work for me.

As a person, I have to pick and choose what media I am paying attention to. Obviously, I don’t have unlimited time to watch everything and even when you do, it takes a long time. Especially if you are talking about social/internet trends, it takes a long time to understand a group that you are looking at. Sometimes I look at Twitter and, for example, Kpop stans, and I could make a video like, “Oh, Kpop fans are wild,” but I would have no idea what I was talking about. I never want to make something that’s uninformed.

I think I mentioned in my Black Lives Matter video, as much as I do want to make these things a part of my channel, I shouldn’t be the person who’s the authority on racism or anti-Blackness or any other issues that don’t reflect myself. It’s been interesting trying to navigate how to cover those topics or integrate those questions without overtaking it as a white woman.

Is there an analysis video that you are most proud of? What topic would you like to cover that you haven’t already?

It’s always hard for me to pick a favorite video or the video I'm most proud of because it’s been a long time since I have gone back and watched my old stuff. When I do, I am usually happy with it, so that’s a good sign. One video that I would say is underrated is my video on PR and propaganda. It’s a lot more academic than my other videos, but it was inspired by one of my Intro to Media courses and lectures. I was like, “Wow, people need to know this.” And when people did watch the video, I would get messages and comments from people saying, “I love this one, I wish you would cover more topics like this…" But again, those comments don’t come across my radar.

There are a lot of topics that are tricky to consider making because I try to be careful about which audiences I attract to my channel. That’s just something that is unfortunate about putting things out privately on the internet, you can’t control who may come across your stuff. Sometimes, I have seen my videos getting a sudden uptick in views or comments, and it’s like “Oh, this was posted on some Reddit page or this angry group is watching this video and hating it.” Recently, I have been thinking of the topic about the conflict of enjoying true crime. That’s a big topic that I have been looking into and I think would make an interesting video.

Do you think that studying media in school has helped play a part in formatting your analysis videos?

I wouldn’t say it helped me in formatting, except it was pretty similar to the process of writing a college essay. My studies have definitely informed the perspectives I write from; thinking of media from a critical, analytical lens and including other factors such as, “Who is funding this media? Who is being represented and who is not?” I took a great class on race and media, and women and media, and informing my videos to look at media from an intersectional feminist lens is also what my studies have definitely contributed to.

I know you also do a podcast and you have a second channel for more personal content, so taking a step outside of media and content creation, what other interests do you have?

That’s a tough question I have been asking myself lately. YouTube has been my hobby since I was 11/12 and now I’m 25, so it’s been such a big part of my formative years. Especially in the past year during quarantine, I’m feeling like I am this shell of a person and all I do is procrastinate and then sit and either play games or watch Netflix, and there’s nothing beyond that. I like reading fiction and enjoy YA, I like traveling and seeing my family. I have my sewing machine that I have in the back of my videos and that people always mention. But, I’m trying to figure out what other hobbies I can have. I spend so much time in my work doing those things.

I know you also studied film in college, so would you ever want to pick up filmmaking?

[Laughs]. I mean, I think documentary would be my favorite. When a YouTuber says they want to make a documentary, people are like, “Oh, so you’re gonna make a long vlog?”. I do really love documentaries as an art form and I think the side of me that likes to explore topics moves over into documentary filmmaking. I guess it would still be hard for me to separate that from my work. I would probably still think, “Oh, I’ll probably post this to YouTube or enter it in some festivals,” and it would be part of my work. I do wish I could explore more film projects without that pressure. It’s hard to separate the two.

Like you mentioned before, you have been making videos for a long time. So at this point in your career, is there anything that you would want your viewers to know or understand about you?

I do slightly struggle with the fact that I know a lot of my viewers on my main channel don’t know me as deeply as my older subscribers would. My videos used to be so focused on me and my life. Then, I switched to internet analysis, which is pretty detached from me, even though I put in a little bit of my personality and some of my personal experiences. I’m at this point where I’m trying to be very protective over my privacy and my own personal life and I don’t want to give up so much of myself. I think creators are financially motivated and we are incentivized to share everything about ourselves. The more that you can share about yourself and your relationships, you can turn that into content. That can become a confusing thing because it feels as if your whole life is a commodity for other people to consume.

I hope that it’s clear to my viewers that I am always trying to make compassionate content. I hope people watch my stuff and hear me in good faith. Sometimes I get comments that [imply] people might misunderstand what I am saying. That can be frustrating to me because I try to be careful to say things exactly the way I mean it, and I try to be nuanced. That’s all I can ask for, to have my channel be a space where people can have discussions and hopefully hear each other out because I think that’s hard to come by on the internet.

Are there any last words you want to share? Anything that you want to put out into the world?

Get to Know Maddie Dragsbaek As She Discusses Making a Short Film, Learning How To Be Patient With Yourself, Finding Your Medium, And More: BUST Interview