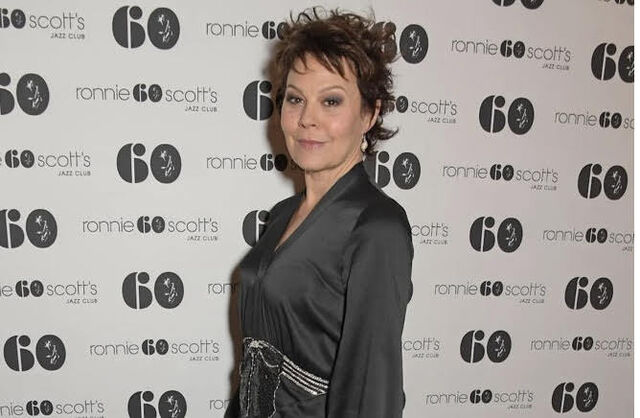 On April 16, Helen McCrory died at age 52 after losing her battle with cancer. She was most notably known as Narcissa Malfoy in the Harry Potter franchise and as Polly Gray in Peaky Blinders. The British star’s husband, fellow actor Damien Lewis, announced her death on friday with a heartbreaking tribute on Twitter.

“I’m heartbroken to announce that after a heroic battle with cancer, the beautiful and mighty woman that is Helen McCrory has died peacefully at home, surrounded by a wave of love from friends and family. She died as she lived. Fearlessly. God we love her and know how lucky we are to have had her in our lives. She blazed so brightly. Go now, Little One, into the air, and thank you,” Lewis wrote.

McCrory starred in a number of films, such James Bond’s Skyfall and Martin Scorsese’s Hugo. She also played Cherie Booth, wife of U.K. Prime Minister Tony Blair, in The Queen and The Special Relationship, Variety reported.

According to The Guardian, McCrory made Lewis and her friends swear to keep her battle with cancer a secret and to be brave about her death. With the impact she’s made on people’s lives, that would prove to be impossible. Her death caused an “outpouring of grief and shock.”

Many celebrities took to social media to pay their respects, including Harry Potter author J.K. Rowling, Harry Potter co-star Tom Felton, and Peaky Blinders co-stars Cillian Murphy and Sophie Rundle, who were devastated upon hearing about the loss. McCrory touched people’s lives and shed light into them. Her husband described her, “as a meteor. She has left this world, but she will forever shine on,” The Evening Standard reported.

McCrory told those she loved not to grieve because she lived the life she wanted, despite it being short-lived. Born Helen Elizabeth McCrory, she grew up in Paddington, London, England and had a passion for theatre. After her return from her year-long stay in Italy, she enrolled in the Drama Centre in London and studied acting. From there, she began her acting debut in the 1990 play The Importance of Being Earnest at the age of 22. Shortly after the play, she won an Ian Charleson Award for her performance as Rose Trelawney in Trelawny of the Wells and the Manchester Evening News’ Best Actress Award for acting in National Theatre’s Blood Wedding.  With her rising stardom and growing fanbase, she would star in movies and win awards, according to The Famous People.

McCrory passed away peacefully in her home in London, leaving behind Lewis and their two kids, Manon, 14 and Gulliver, 13, according to The New York Times. She may have departed from this world, but she left her mark through her movies and touching people’s hearts.

Tags: Helen McCrory , death , a star lost , celebrities , Harry Potter , Peaky Blinders
Support Feminist Media!
During these troubling political times, independent feminist media is more vital than ever. If our bold, uncensored reporting on women’s issues is important to you, please consider making a donation of $5, $25, $50, or whatever you can afford, to protect and sustain BUST.com.
Thanks so much—we can’t spell BUST without U.