Is It Too Late For Us To Apologize To Katherine Heigl? 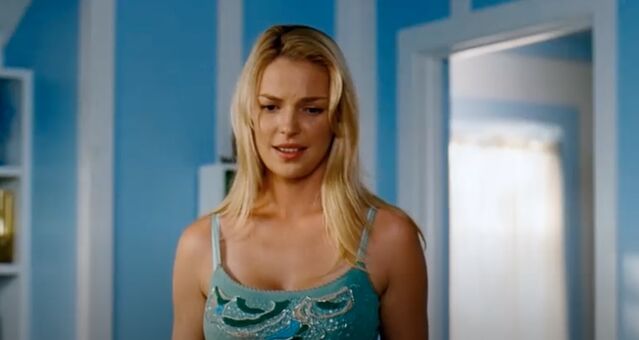 Is it too late for us to apologize to Katherine Heigl? Would she even forgive us? Moreover, should she?

Like many people, my wife and I recently discovered Firefly Lane, a Netflix series based off the novel by Kristin Hannah. The series follows two women (played by Katherine Heigl and Sarah Chalke) as they navigate the traumas and dramas of their lives. It’s funny, nostalgic, a little dark, and overall a positive reflection of female friendship. We loved it.

“Has Katherine Heigl always been this good of actress?” I asked my wife halfway through episode one. Her portrayal of Tully, an overachieving, under-self-cared-for TV personality is spot on. It’s difficult not to watch her when she is onscreen.

“She’s always been great. Izzie Stevens was the best character in Grey’s Anatomy! I haven’t noticed her too much in the past few years, though,” my wife said.

“Yeah, well, that’s because she’s a bitch and a nightmare to work with,” I said immediately before gasping, unsure why those words spewed so easily from my mouth. My unconscious bias had come roaring out of me without pause. Despite being almost one year into a global pandemic, living in a near constant quarantine, and slogging through seasonal affective disorder, my scrambled brain was still able to recall that Katherine Heigl was one of America’s most hated actresses.

While I like to think that I’m smarter than I was in 2007 when the rumors began circulating that Heigl was “difficult to work with,” I’ve never since taken the time to examine their accuracy, or given her the benefit of the doubt. In a post #MeToo and #TimesUp world, I am now well aware that powerful industry men have been behaving badly since the dawn of time: since 2017, we’ve heard story after story about men behaving in dangerous and vile ways. I don’t want to give a continued word count to these men or their actions – suffice to say, being labeled “difficult” didn’t stop them from working or fans from flocking. All of this, however, was ripped from Heigl by mere rumors and a handful of unsavory quotes.

The “trouble” started for Heigl during a 2007 Vanity Fair interview. I put the word trouble in quotes because, examining the statement now, her words appear astute and perhaps progressive for the time. In any case, they were nothing that should have warranted trouble for her career or reputation.

When asked about her most recent film Knocked Up, Heigl said she found it “a little sexist.” She continued, “It paints the women as shrews, as humorless and uptight, and it paints the men as lovable, goofy, fun-loving guys. It exaggerated the characters, and I had a hard time with it on some days.”

She further explained, “I'm playing such a bitch; why is she being such a killjoy? Why is this how you're portraying women? Ninety-eight percent of the time, it was an amazing experience, but it was hard for me to love the movie.”

I’ve watched Knocked Up dozens of times, and from my perspective, this appears to be an accurate assessment regarding the character she portrayed in the film. In the same interview, Heigl also points to the antiquated idea of the shrew wife, the nag, all archetypes as old as time. These are ideas worth examining, and this interview could have started a much-needed conversation.

Film co-star Seth Rogen did not publicly respond until 2016 when, during an interview on Howard Stern’s SiriusXM radio show, he stated he felt “somewhat betrayed” by Heigl. But Rogen then said, “I respect the fact that perhaps she realizes that [the interview] has hurt her career, and I don't want that to have happened to her at all, because I've said a thousand stupid things and I really like her.” If this is not a perfect example of gaslighting, I don’t know what is: In this quote, Rogen perverts Heigl’s correct observation of the film and her own feelings by boiling them all down to “stupid things.” And while he shows us that men are given space to “say stupid things” without affecting their careers and reputations, he does not take the moment to highlight that this is an impossible double standard.

By 2016, Rogen had years to reflect on Knocked Up, Heigl’s role, and Heigl’s comments on the film. Why did no one ask Rogen why he continued to support the portrayal of a one-dimensional female character? I’m not frustrated that he stands by the film as a whole, but I do find it culturally stalling that he cannot appreciate and empathize with Heigl’s point of view. This could have been an opportunity for Rogen to reflect on how to improve his craft. Everyone is allowed to evolve, if they choose.

While researching America’s disdain for Heigl, I discovered an article from May 2014 LITERALLY titled 10 Reasons why Katherine Heigl is the most hated actress in Hollywood. This article was the fourth listed article when I typed “Katherine Heigl difficult to work with” into Google. The reasons listed in the article are asinine, and I won’t bother reporting them here, but I will tell you I cannot find a “reputable” news source that has a similar top 10 list for any man now claimed to be cancelled; I even typed in “Matt Lauer.”

Is it too late for us—the media, the fans, the industry—to apologize to Heigl? Apologize for not respecting the fact that she understood her worth, had a clear vision of what she wanted her career to look like, and (god forbid) was ambitious? I hope it’s not. Let this be a time when we stop punishing women for having the same exact traits we work so hard to instill into little girls.

In her essay collection Tomboyland, author Melissa Faliveno writes about the idea of “tomboy taming.” examines how society advocates young girls to embrace “masculine” traits when they are children. Young girls are encouraged to be dirty, fast, capable, and confident. However, Faliveno points outs, these traits are quickly trained out of girls with the arrival of puberty, at which point girls are pushed into more “feminine” ways of being. Almost overnight, these previously celebrated traits are discouraged and replaced with actions that are seen as more feminine, like caretaking, becoming physical demure, and above all, learning to be agreeable.

All of this leaves me to question, what do we really want for women? Because it sure seems like we want them to shut the fuck up once they become of age. It feels to me like we’re punishing Heigl for not tomboy taming her instinct to speak up on her own behalf and believe in her talents.

Heigl ends the Washington Post interview with this quote: “I've grown into accepting that ambition is not a dirty word, and that it doesn't make me less of a feminine, loving, nurturing woman to be ambitious and have big dreams and big goals…It's easier to be happy because I have a little more gentleness for myself.”

I hope we can all have a little gentleness for her, too. Even if we’re over a decade late.

30 Years Of Abortion In Film, From "Dirty Dancing" To "Obvious Child"

You Didn't See SNL's Best Dan Levy Sketch, Lampooning Toxic Masculinity, Because It Was Cut for Time. So Watch It Now

Tags: Katherine Heigl , Knocked Up , Seth Rogen , difficult women , Hollywood
Support Feminist Media!
During these troubling political times, independent feminist media is more vital than ever. If our bold, uncensored reporting on women’s issues is important to you, please consider making a donation of $5, $25, $50, or whatever you can afford, to protect and sustain BUST.com.
Thanks so much—we can’t spell BUST without U.