Self-Advocacy Might Have Saved Influencer Grace F. Victory's Life From A System Working Against Her 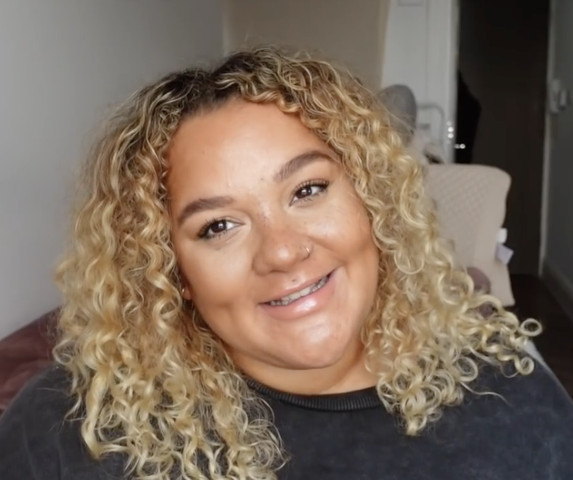 “I’m awake,” Grace F. Victory tweeted after spending three long months in an induced coma. For her long-time supporters who’ve been with her throughout the many public ups and downs that she has experienced over the years, the ironically simplistic tweet gave us all the permission we needed to collectively exhale a sigh of relief.

On her birthday, August 29, 2020, Victory—a popular U.K.-born Youtuber, holistic healer, and therapist-in-training—announced to the world with her partner Lee that they were expecting a child. The elated couple uploaded a YouTube video detailing how Victory discovered she was pregnant, sharing intimate clips of herself coping with first trimester bodily changes, and ultimately expressing great excitement for the long journey ahead of them.

Though admittedly nervous about sharing her news at first, Victory has fostered a strong social media presence since 2011, and continues to maintain great transparency with supporters about the inner workings of her life as a Black, plus-size woman. “This is, like, my dream come true. Like, I’m pregnant. And it feels like I have the entire universe inside of me,” she remarked.

The first-time expecting mother had loads of great insight to offer, especially on what it was like seeking proper care in an anti-fat medical industry that often perceives fat bodies as “incapable.” Not to mention the many risks associated with navigating the medical industry as a pregnant, Black woman. A report in The Guardian finds that, while the overall maternal mortality rate is generally low, Black women in the UK are four times more likely to die in pregnancy or childbirth. Victory, confident that she’d found a team of professionals who were attentive to her specific needs, was set to ride out the rest of her pregnancy with ease.

In early December of 2020, the YouTuber uploaded a video much different in tone, revealing that she’d been hospitalized during her pregnancy and describing what we now know in hindsight were symptoms of COVID-19. Victory recalled the significant trouble her doctors were having with diagnosing her illness and, despite a few miscommunications, declared an incredible experience with her designated medical staff. “I’m so thankful that I was listened to because I think sometimes they think you’re just anxious or being dramatic or whatever….They took me seriously,” she remarked.

Weeks later, her family released a statement via Instagram explaining that Grace had in fact been diagnosed with coronavirus and, due to her sharply declining health, consented to an early delivery. As a recovery measure from continued COVID complications post-delivery, she was then put into a medically-induced coma. The NIH partially cites maternal mortality as a result of “the worsening of an unrelated condition because of the pregnancy or delivery” and, in Victory’s case, she very well could have succumbed to the effects of the viral illness. At the time, the information being circulated about the coronavirus, specifically as it impacts folks who are pregnant, was relatively new.

Fortunately, Victory’s case is one in which her doctors and nurses were highly responsive to her. As a person who’s never been admitted to the hospital and has no previous physical health complications, it was vital that she was supported throughout what must have been one of the scariest periods of her life. “I just felt very looked after,” she says before listing off the names of her nurses and doctors. “I think it's really important that we advocate for ourselves in hospitals as well. I was asking questions about everything.”

Self-advocacy may’ve saved both Victory and her newborn baby’s lives, but this certainly isn’t the case for the many other Black and plus-size women who often report horrid experiences while dealing with biased and neglectful medical staff. The NHS, as well as other national healthcare systems, need to radically address the disparities in the treatment of expecting parents so that more folks like Victory feel empowered to self-advocate and make informed decisions when pregnant and under medical care.

Tags: Grace F. Victory , COVID-19 , Pregnancy , Coma , Healthcare , Black Women , Plus Size
Support Feminist Media!
During these troubling political times, independent feminist media is more vital than ever. If our bold, uncensored reporting on women’s issues is important to you, please consider making a donation of $5, $25, $50, or whatever you can afford, to protect and sustain BUST.com.
Thanks so much—we can’t spell BUST without U.