Sincerity Amidst The Chaos: Valerie Mahaffey and Danielle Macdonald On Playing Absurd Characters In The New Film, "French Exit" 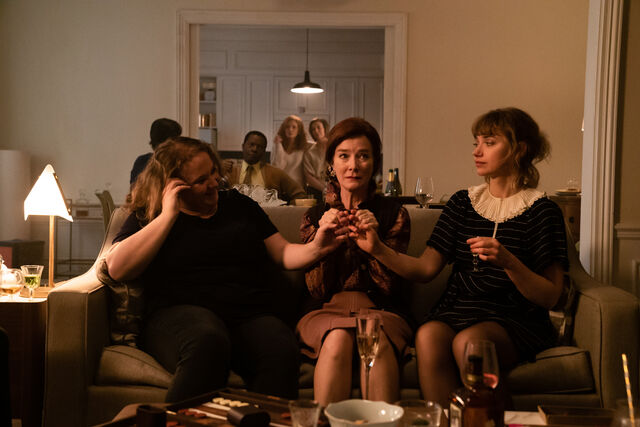 Frances attempts to spend the money as quickly as possible, planning on ending her life once it is gone, and Malcolm putters around the city of lights, contemplating his confusing relationship with a woman back home named Susan. Like any good ensemble comedy, along the way, they meet some dazzling and hilarious characters: Madeleine, the witch, played by Danielle Macdonald, and Madame Reynard, played by Valerie Mahaffey. BUST sat down (virtually) with the actresses to discuss the film and all of its deep, twisty layers. 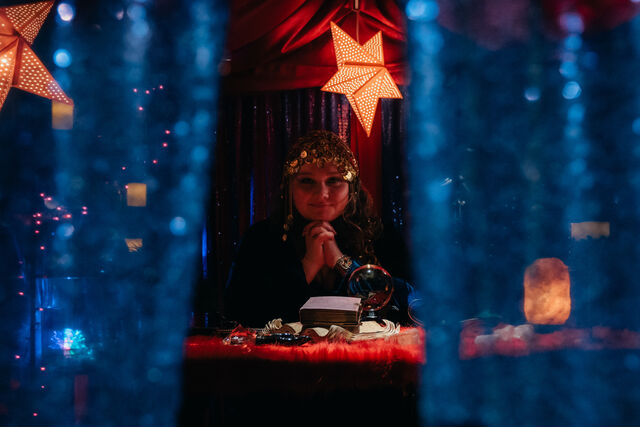 While Frances and Malcolm are extremely melodramatic characters, emboldened by the flowery, old-timey writing of Patrick deWitt, Madeleine and Madame Reynard add levity to the film. Frances and Malcolm really lean into the tragedy of their demise as socialites while Madeleine and Madame Reynard orbit around their struggles. Mahaffey said, “I love the contrast between my character and Frances. They are both widows but they are polar opposites. Madame Reynard is so excited about life and Frances is divesting herself from living and enjoyment.”

These extreme comparisons between characters add to the film’s ability to gently remove the viewer from reality and drop them into what feels like a very dark Wes Anderson film, following the main characters as they take an ocean liner, outfitted with a casino of course, from New York to Paris. When the doctor on board remarks that two deaths a day on the ship is the “industry standard,” it's the cherry on top of an entirely absurd experience. Macdonald said that “the film’s setting feels like a different world in a reality we recognize. People don't behave like this but we are in a world that I recognise and I think that can be a powerful reprieve from what we’re experiencing now in an unprecedented moment.” 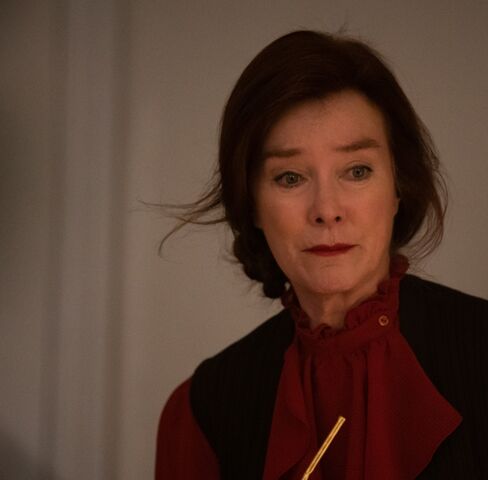 Mahaffey, who has been nominated for an Independent Spirit award for her role in the film, is right that these scenes deliver laughs but that they shine most in the moments of sincerity. As the film goes on and the ragtag ensemble bands together to find the now missing cat, the audience feels invested in each character’s inner life. It’s hard to imagine that a scene where Madeleine calls upon the spirit of Frances’ dead husband is both funny and tear-jerking but somehow it is. The audience never fully falls in love with any of the characters, but each one carries a sliver of struggle that demands the audience’s attention and empathy. It doesn't hurt that the cast is full of all-stars or as Mahaffey quipped, “there are no stinkers in the bunch.” The film comes to life in magical ensemble scenes, where all of the characters huddle into Frances’ small apartment, squeeze onto the living room couches, and brainstorm how to find a small black cat in the city of Paris.

Macdonald said the feeling of warmth in these scenes comes from the way they were filmed. Jacobs, the director, kept all of the actors in the apartment for every scene, even ones they weren’t in and they shot the apartment scenes in order, a practice that is extremely uncommon in filmmaking. Macdonald and Mahaffey said this added a sense of relaxation and freedom to the movie that many sets don’t have. “There was a freedom to do whatever you wanted in a scene like Lucas standing and picking up a prop even if it wasn’t scripted. The lines were kept to because the language is so specific but those in between moments are the gems.” Macdonald continued, “There was a scene where I was in bed and I definitely fell asleep because I was so relaxed which just doesn't happen on set. ” 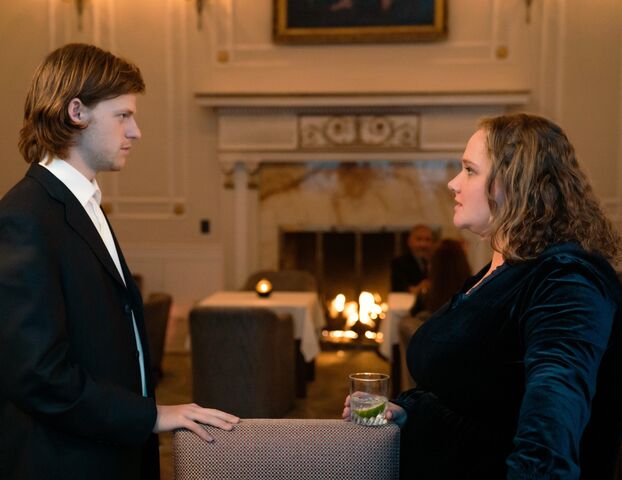 Lucas Hedges as Malcolm Price and Danielle Macdonald as Madeleine

As the film comes to a close, Frances attempts to rid herself of the rest of her money by shelling it out to people experiencing homelessness, and is visited by a close friend adamant on keeping her alive. These scenes are stoic and hard to shake off but what the audience is most left with are the moments of reflection in the absurd ensemble scenes like when Frances apologizes for being an absent mother in Malcolm’s early years saying “I didn’t know you were you” or when Frances’ friend remarks that love is hard because “you want someone there but also to leave you alone.” French Exit delivers sincerity amidst chaos, something we all could use a little bit more of right now.