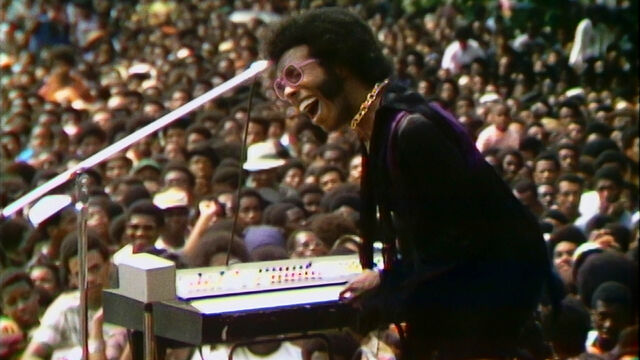 Sundance was presented as a virtual festival this year. That’s code for watching films on your laptop at home. Their website was very well organized and easy to navigate, with all the usual categories loaded with an incredibly diverse slate of narrative and documentary films, director interviews, and Q&A’s. All of this is way too much information for any one person to consume in a week. I watched 24 films and I feel like I didn’t even scratch the surface. Here are ten films that stood out to me and that I would recommend catching once they are released.

The exuberant documentary SUMMER OF SOUL (OR, WHEN THE REVOLUTION COULD NOT BE TELEVISED), is much more than just a concert film.  Languishing in a basement for the last 50 years,  DJ/musician extraordinaire and first time director Questlove unearths a treasure trove of unbelievably fantastic never-before-seen-footage of The Harlem Cultural Festival. Filmed over the summer of 1969–and sometimes called the “Black Woodstock”–the spectacular line up included performances by Sly and the Family Stone, The 5th Dimension, Nina Simone, Stevie Wonder, Mahalia Jackson, Gladys Knight, and BB King to name a few. By adding a narrative context around such a pivotal moment in Black history, Questlove elevates the concert footage to the level of an important historical document and a film that should be enjoyed by everyone! 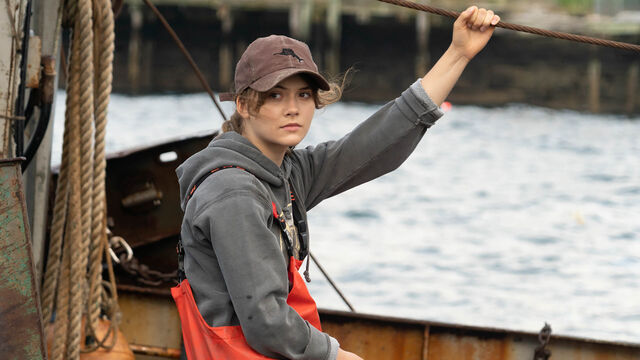 In the heartwarming family drama category, CODA wins the prize. (the record breaking $25 million sale to APPLE drives home my point) CODA, an acronym for Children of Deaf Adults, is a story of 17-year-old Ruby (Emilia Jones) the only non-deaf member of a family trying to keep their Gloucester fishing business afloat. She is torn between wanting to go to college and following her dream of becoming a singer and honoring her obligation to her family that needs her help as an interpreter to survive. The director Siân Heder pulls back the curtain on the distinctive patterns of a deaf family in a way that is both authentic and emotionally resonant. 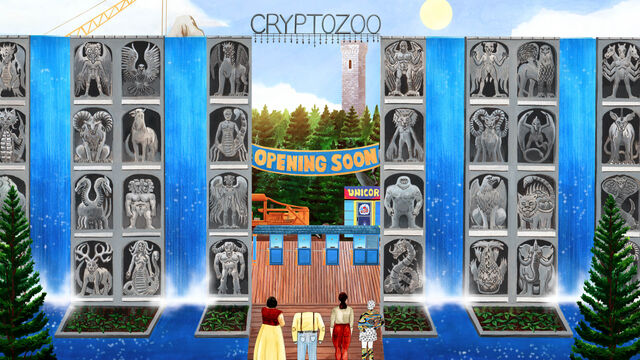 It wasn’t long before I noticed a trend of absurdist films that were completely insane, and CRYPTOZOO was leading the charge. Slated as “A fantastical feature animation for adults” and Directed by animator Dash Shaw, Cryptozoo follows cryptozookeeper Lauren, who has dedicated her life to rescuing and sheltering cryptids, on a quest to save Baku, a dream eating mythical creature from falling into the hands of the military. It’s a violent journey on the way to a spirited utopian vision of multi-species justice. The artistry of the animation alone is worth the price of the admission. 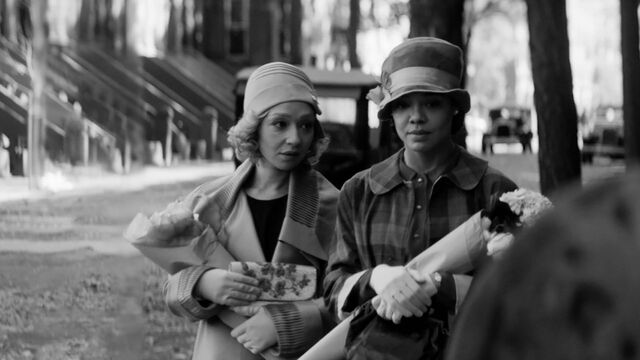 Famed actress Rebecca Hall’s sophisticated directorial debut film PASSING is a meditation on race, repression and jealousy. Irene Redfield (Tessa Thompson) a refined, upper-class 1920s African American woman runs into an old acquaintance, Clare Kendry (Ruth Negga), who “passes” as a white woman. Thinking Irene was white, Clare’s white husband unknowingly offends Irene with viscous racial slurs. But meeting Irene again inspires Clare to reconnect with the world she’s left behind. She seeks out Clare and begins to weave herself into Clare’s life. Based on Nella Larsen’s 1929 Harlem Renaissance novel, this somber tale methodically examines how these two women confront each other’s place within the racial landscape, and the conflict that percolates between the two. 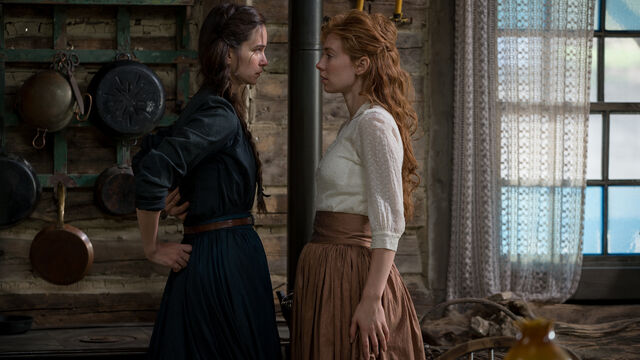 If you are looking for an 1856 rural upstate New York period romance then THE WORLD TO COME is for you. Mona Fastvold directs this melancholy story of unrequited love with understated beauty. Abigail (Katherine Waterston), filled with grief from the tragic loss of her child, dutifully tends to her husband (Casey Affleck) and helps with the farm. Framed by the narration of her diary, Abigail reveals an eloquent interior life. When new neighbors Tallie (Vanessa Kirby) and husband Finney (Christopher Abbott) move nearby, Abigail and Tallie develop a friendship that quickly escalates into something much more. Tallie’s charisma ignites a desire buried deep within Abigail’s heart, but Finney’s domineering possessiveness gets in the way. It’s a tragic tale filled with naturalistic performances and rugged passion. 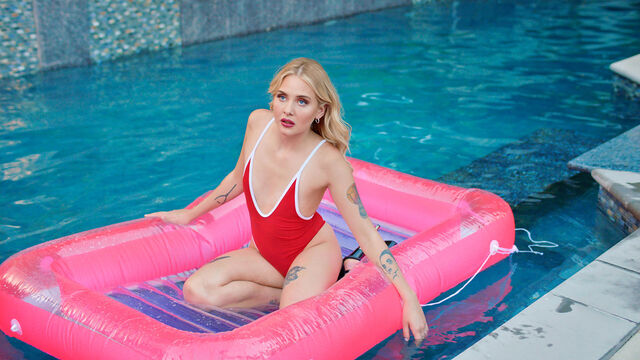 Carrying a trigger warning for its depiction of sexual violence, PLEASURE is an explicit portrayal of the adult film industry told through the eyes of the 19-year-old Bella Cherry (a fearless Sofia Kappel). Fresh from Sweden, the green Bella is determined to make it in the porn industry. She buddies up with Joy (Revika Anne Reustle) as she finds the climb to stardom is far more grueling that she imagined. In this patriarchal world, the pressure to endure demeaning sex is outweighed by the value of success. Shocking but not gratuitous, director Ninja Thyberg successfully employs an unflinching, non-judgmental approach to sexuality. Fueled by devastating emotional honesty, Bella’s tale is a cautionary one, as she finds success may not be all its cut out to be. 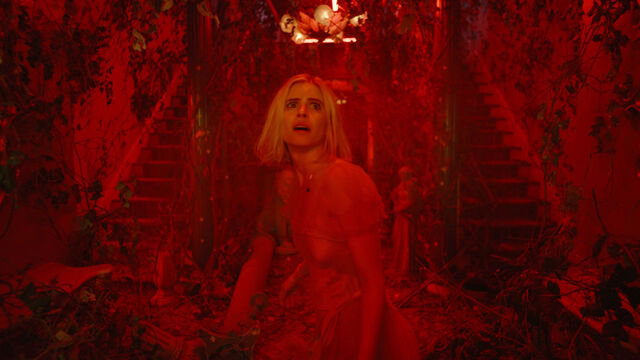 Another completely nuts film is THE BLAZING WORLD. 6-year-old Margaret watches her twin sister drown while her parents fight. As a young woman, she finds herself haunted by the tragedy and on the brink of suicide. Returning home from college, she trips on acid with some friends and falls into a black hole in the space-time continuum. A wild dream tableau ensues as Margaret tries to reunite with her sister. Written, directed and starring Carlson Young, this film dives deep into the most fantastical and horrific corners of Margaret’s psyche as she confronts her difficult relationship with her parents and as she attempts to rid herself of her demons before they destroy her. 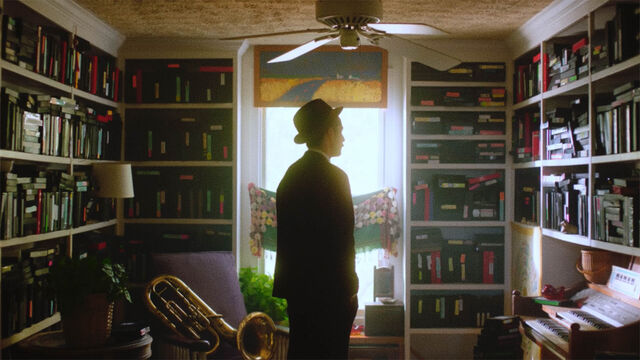 My personal favorite film this year was STRAWBERRY MANSION. In a future where all your dreams are recorded, a surrealist love story develops when taxman James Preble (Kentucker Audley) shows up to audit the dreams of eccentric aging artist, Bella Isadora. Recorded on VHS, Bella hasn’t been paying her dream taxes and Preble has to calculate how much she owes.  Wearing what looks like an 18th century underwater helmet to access the tapes, Preble falls for Bella’s younger self, and gets mixed up in a corporate conspiracy that allows advertising to invade people’s dreams. With a scrappy analog aesthetic and low budge production design, Strawberry Mansion jumbles styles and techniques into a concoction of outrageousness that is endearing and sublime. 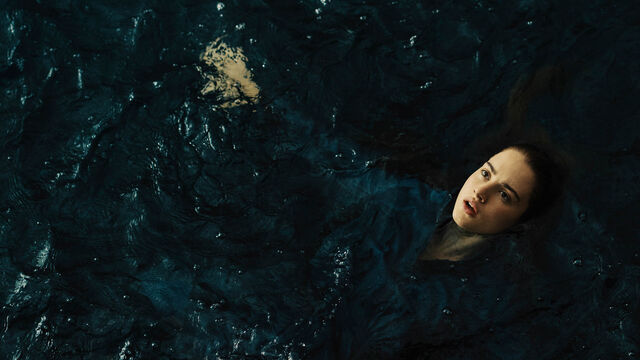 In the female-centric MAYDAY by Writer/Director Karen Cinorre, things get really weird. After getting assaulted by her boss in the bathroom at the restaurant where Ana (Grace Van Patten) works, she crawls into an oven and falls into an alternate universe, where she meets a crew of female soldiers caught in an endless war. The women use a distress signal sent from their 40’s retro radio to trick boats of male soldiers into deadly storms. I mean why not? it’s an excellent revenge fantasy. Their rugged coastline submarine basecamp and leather bomber jackets give a sort of abstract WWII vibe, but it becomes clear that this is not based in any concrete reality. As Ana trains to be a sniper, she soon realizes that she is not meant for this world and needs to find her way home. 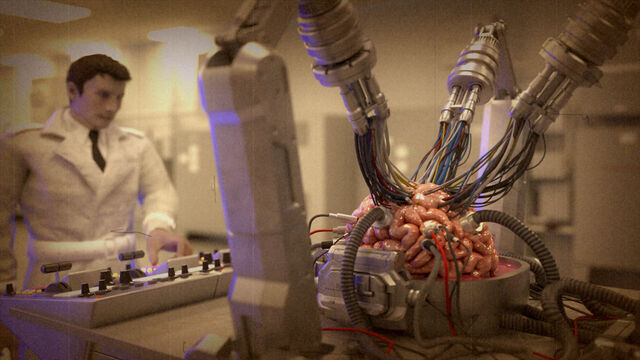 What if Neo had taken the blue pill? A GLITCH IN THE MATRIX is a powerful documentary that explores the fascinating concept of simulation theory. (The idea that we are living inside of a computer simulation) Director Rodney Ascher builds his case around a 1977 lecture given by the legendary author Philip K Dick, who declares that we are all living in a computer programed reality. With a visually dramatic style, riveting digital reenactments and some downright crazy interviews with digitally costumed people who actually believe we are living in a computer, this entertaining film will have you questioning your own sanity and wondering if you took the blue pill after all.

All film stills courtesy of Sundance.

Tags: Sundance , Movie reviews
Support Feminist Media!
During these troubling political times, independent feminist media is more vital than ever. If our bold, uncensored reporting on women’s issues is important to you, please consider making a donation of $5, $25, $50, or whatever you can afford, to protect and sustain BUST.com.
Thanks so much—we can’t spell BUST without U.