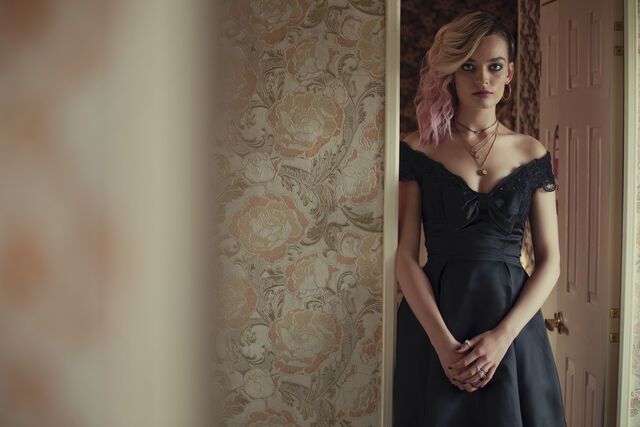 If you've spent any time online, you've probably heard of the Manic Pixie Dream Girl, a one-dimensional character who has no sense of agency and serves as a plot device to aid the male protagonist in his journey of self-discovery. She is quirky, a little offbeat; both extremely desirable and completely available, having little to no narrative purpose aside from serving as a tool for the male lead to “find himself.”

But many shows, movies, and books have challenged this idea by introducing characters who are similarly irrevent, but the stars of their own stories. I call these the Anti-Manic Pixie Dream Girls — women in television and movies who are flawed and imperfect, and exist not to complete men, but to go on their own journeys of self-discovery. Here are just a few.

Clementine Kruczynski from Eternal Sunshine of the Spotless Mind

“Too many guys think I’m a concept, or I’m gonna make them alive… I’m just a fucked-up girl looking for her own peace of mind. Don’t assign me yours.” Clementine Kruczynski (Kate Winslet) is the classic AMPDG. She says whatever is on her mind, and has a very real story and struggles of her own, including a hinted alcohol problem and an unspecified mood disorder. Her hair changes based on her mood, and she unapologetically does whatever she pleases.

Summer Finn from (500) Days of Summer

When we are first introduced to Summer Finn (Zooey Deschanel), she is presented as a walking stereotype of the MPDG, appearing in an elevator at the exact moment in Tom Hansen’s (Joseph Gordon-Levitt) life when he feels lost. With a unique personality (and music taste), she quickly becomes Tom’s obsession and one-and-only “goal.” Tom spends the entire movie trying to figure out why they broke up, unable to accept how Summer repeatedly told him she did not appear in his life to be his saving grace.

A classic feminist, Maeve (Emma Mackey) is smart and independent, yet misunderstood. She reads Virginia Woolf and ghostwrites papers for other students in exchange for money, all the while spending most of her time alone, smoking cigarettes in the bathroom and getting slut-shamed by the entire school for, you know, owning her sexuality. Male lead Otis’ (Asa Butterfield) entire life changes when he meets her and they start a underground sex-clinic together. However, unlike most MPDGs, Maeve’s storyline extends beyond her love triangle with Otis and the school jock Jackson (Kedar Williams-Stirling). She is just as complex as Otis (if not more complex), and we come to learn more about her home life over the course of the show.

Shamelessly centered around sex, Chewing Gum follows Tracey Gordon (Micaela Coel) as she struggles to break free from a strict religious background and uncovers a world of vices and virtues. Brazen, outspoken, and determined to explore every facet of female sexuality, Tracey has some MPDG traits, but don't get it wrong — this is her story.

British, bohemian, and absolutely stunning, Jessa (Jemima Kirke) is easily the most interesting, and most chaotic, out of the four titular girls. She gives up easily, bounces from place to place, pees on the street, and always has a cigarette on hand. Over the course of the seasons, we come to understand that she just wants to find stability and belong somewhere.

I grew up watching these women on the screen, despising them each second of the way for acting like “bitches,” only to realize it’s because they remind me so much of myself. Women are so often idealized and expected to take abuse from others that when we see other women show any sign of imperfection, we internalize and attack them for their weaknesses. Representation matters, and as I get older, I am grateful for these realistic depictions of all the complications that come hand-in-hand with being a woman.

This Coming of Age Film, "The More You Ignore Me," Will Make You Fall in Love With The Smiths All Over Again

Ramona Salt is an editorial intern at BUST who loves to sing, dance, paint, and watch movies.