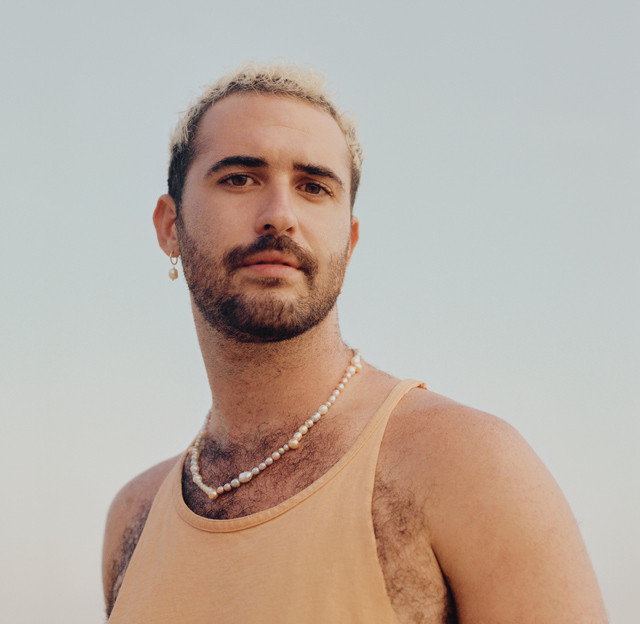 Jordan Firstman’s character sketches are funny because, while absurd, they also ring true. Last April, shortly after the COVID shutdown began, the L.A.-based writer/actor/comedian started posting hilarious little vignettes on Instagram @jtfirstman (alongside the occasional extremely gay, extremely sexy thirst trap), and a follower base 690K-strong-and-growing sprang up in response. His brief, low-key “impressions” range from timely (banana bread’s publicist) to timeless (his “straight man” impression is just a supercut of him saying “whut,” while dead-eyed and slack-jawed) to existential (the coder responsible for the 2020 simulation). And even though he was doing impressions of Seinfeld’s Kramer for his family as a four-year-old growing up in Long Island, NY, being labeled a “comedian” is a totally new experience for the now 29-year-old. “I fought against [being funny] for so long ’cause I wanted to be taken seriously. I was like, I have so much to say, I want to talk about the world. I want to talk about serious things,” he says. “It wasn’t until this year that I fully embraced it.” 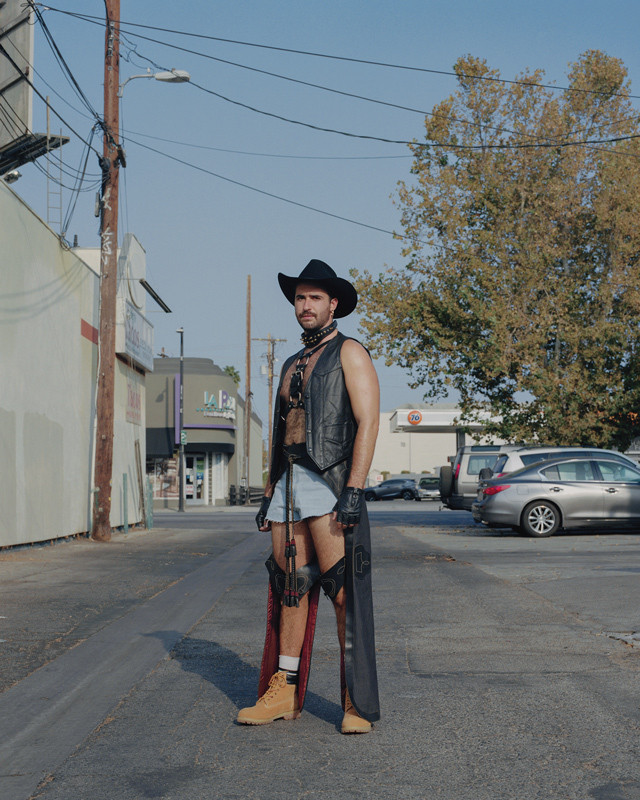 Stetson Hat: Vintage Hatters; Harness: Zana Bayne; Boots: Timberland; Comme des Garçons Headband Worn As Neck Cuff, Vest, and Jean Paul Gaultier Chaps: Replika VintageApparently, his fans have “the female God” he met during an ayahuasca trip to thank for his comedic inspiration. “I met the male God, too, he’s a dick,” Firstman says about his experience ingesting the psychedelic plant. But the female God, who took the form of his friend and fellow funny person Cat Cohen, convinced him that laughter is as close as humans will ever get to understanding life’s big questions. “Laughing is everything and humor is everything. That was what she left me with,” he says, getting verklempt. “Oh man. Wow. I cry every time I tell that story. But I didn’t quite realize the gravity of it until this stuff started happening with me. And seeing the effect [my humor has] on people. It was deeper than just making people laugh. Like, I was helping people. I still want to talk about some heavy shit, but like, it’s gotta be funny.”

Perhaps this origin story is in part why Firstman’s most fervent fans are women. Though he had a successful TV writing career pre-pandemic, on shows like Big Mouth and Search Party, his biggest boosts up to Internet stardom came from the reposts and support of Ariana Grande, Katy Perry, and Chrissy Teigen. He even got a heartfelt DM from Sarah Jessica Parker. But the self-proclaimed feminist has his own theory about why LL Cool J (ladies love cool Jordan). “I think I’m just speaking their language. Half of it is like, they want that gay best friend, and the other half is like, they want to fuck me,” he says. “I think I’ve confused them a little bit, which they like.” –Lisa Butterworth