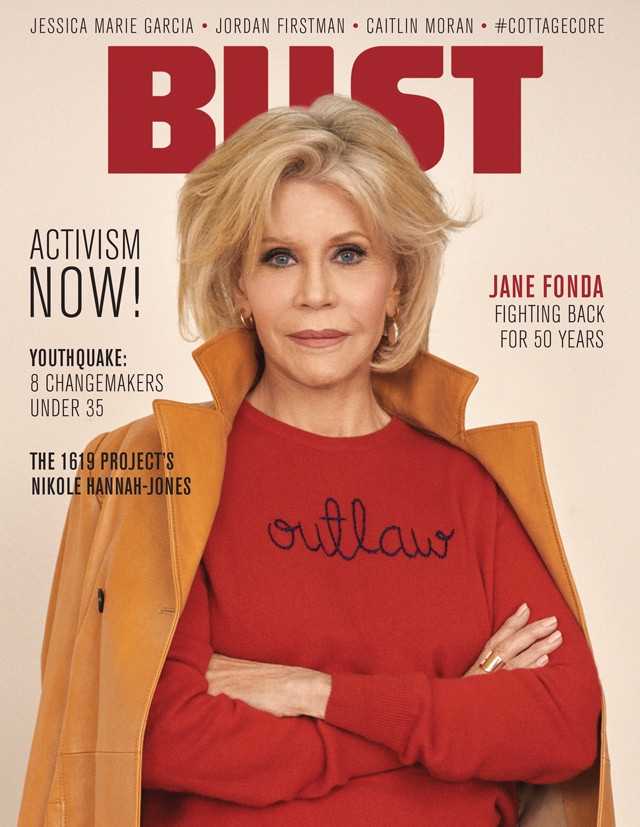 We’re so excited to have actor and activism legend Jane Fonda gracing our Winter Issue cover and sharing her wisdom about how to create a brighter tomorrow.  Check out this sneak peek of our interview with Ms. Fonda below, and be sure to buy the issue on newsstands now! (Or subscribe!)

On planning her fifth arrest for the Fire Drill Friday being held the day before her birthday last December:

“I’d been warned by my lawyer, ‘If you do it again, then they’re gonna put you in jail again.’ And so, I thought, Well, that’s good, because if I turn 82 in jail, that is gonna get a lot of press,” she says. “The whole point of being a celebrity is to get the press to cover the cause.”

On her infamous Cleveland arrest in 1970:

It was an arrest fabricated by the Nixon administration, but rather than tarnish her reputation and dampen her influence, it yielded one of pop culture’s most celebrated mugshots: Fonda, her hair newly shaggy, her fist impulsively raised in defiance. “See, I have double-jointed hands, so I can slip my hands out of the handcuffs very easily. And so I threw a fist before they could stop me,” she says, breaking into a bout of delighted laughter. “I had absolutely no idea how good the lighting was, thank God.” She jokes about it now, but it certainly wasn’t funny then, especially since the officers roughed her up a bit. “I was all by myself, and I did not expect to be arrested, and it was harrowing. I got put into a jail cell with a woman who was kicking heroin or something, and it was heavy. It was really heavy.” 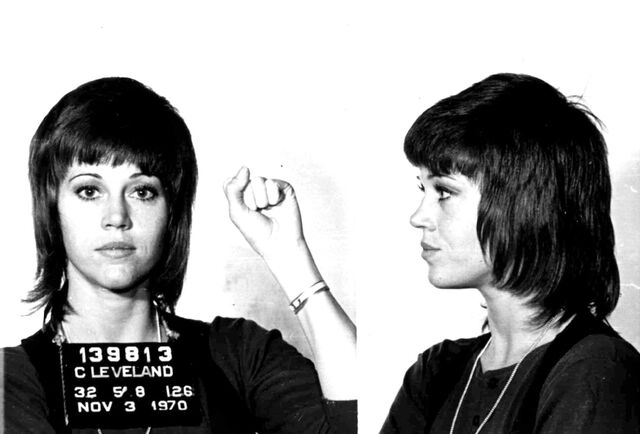 Not long after reading the book, (Carol Gilligan’s In a Different Voice) Fonda left Turner after a decade together, in order to truly come into her own. “One of the first things I did after Ted and I split up was see The Vagina Monologues. It was one of the last performances where [V—formerly known as Eve Ensler] played all of the different characters. I was by myself, and I was absolutely blown away by this piece,” she says. “I think it was during some of the really hysterical monologues, while I was laughing—because you see, when you laugh, your guard is down—that my feminism went from my head into the rest of my body and I became an embodied feminist. That’s when it really happened. I could allow myself to open myself to feminism, which I couldn’t do before because my marriages weren’t entirely honest and democratic.”