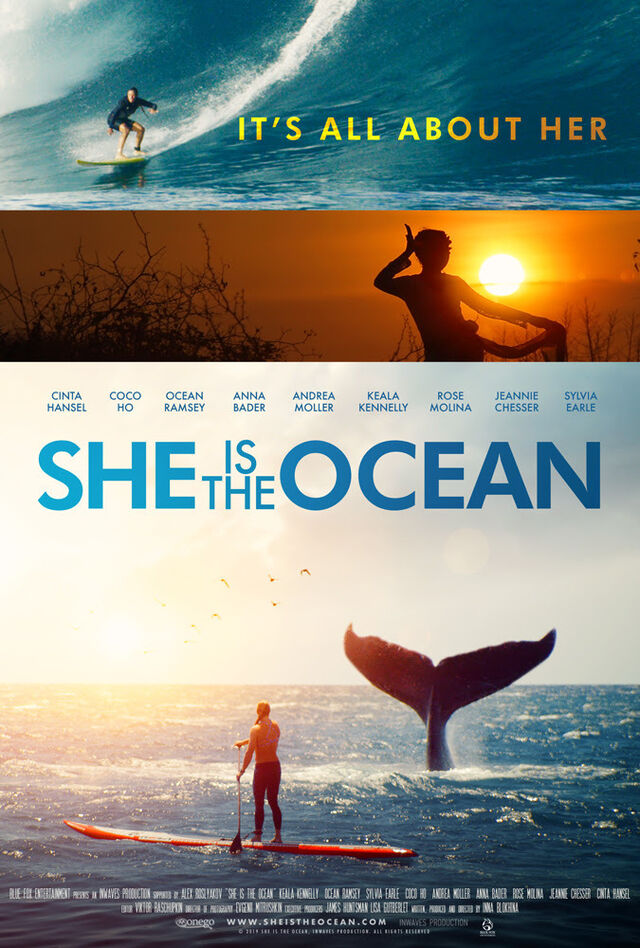 The opening credits of She Is The Ocean read, “The ocean was energizing to her. She told it all her secrets, and in return, it gave her the power to manifest her dreams. The ocean filed her with soul until she was one with it.” This movie is an exploration into the lives of nine women who have made the sea a part of their lives, professionally and otherwise. She Is The Ocean refreshingly puts the spotlight on women and their unique connection to the ocean and the nature around it.

Profiling surfers Cinta Hansel, Coco Ho, Keala Kennelly, and Jeannie Chesser, the film highlights the women’s struggles with sexism in the sport and their soulful connections to the waves. The film opens with Hansel, the youngest of the bunch whose dream is to be a world champion surfer. Kennelly discusses the tension she faced as a young champion between being a legendary surfer and the pressure to be a marketable idol for the sport. Ho is the daughter of a world champion surfer making space for herself in the sport, and Chesser is a surfing icon who has found solace in loss and hardship by being in the ocean.

The film also follows Anna Bader, a professional cliff diver, Andrea Moller, a water-rescue paramedic, Sylvia Earle, an esteemed marine biologist, free diver and ballerina Rose Molina, and Ocean Ramsey, a shark conservationist who is known as a “shark-whisperer.” With shots of women surfing, cliff diving, and swimming with sharks, it’s a feel-good movie with a cause, not only to recognize the women who have made their way in traditionally male professions but it's also a call for conservation of the ocean.

“Our existence depends on the living ocean; It makes the earth habitable for us and other forms of life. All we need is the will to understand keeping the planet safe,” explains Earle in the film. The movie ends with a push for all of us to look at the ocean, and the planet, with an urgent, nurturing wonder. Although the movie feels a bit disjointed at times, it’s made up for by stunning shots of the most essential part of Mother Earth and inspiring stories of women who know it well.

She Is The Ocean was directed by Inna Blokhina and is out today On Demand.

Top Image via She Is The Ocean

More From BUST:
This Coming Of Age Film, "The More You Ignore Me," Will Make You Fall In Love With "The Smiths" All Over Again