According To Fox News, Whoopi Goldberg Telling Trump Supporters to "Suck It Up" Is Just As Bad As An Attempted Coup 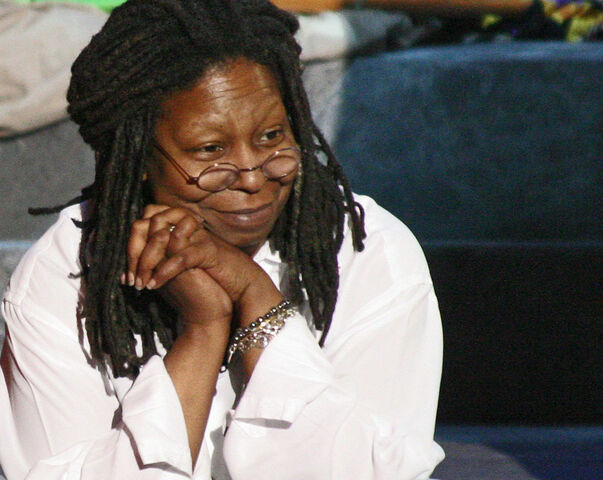 This morning, Fox News correspondent Howard Kurtz published an article about what he calls the “politics of perpetual payback.” In it, he directly compares Whoopi Goldberg telling Trump supporters to “suck it up” to Secretary of State Mike Pompeo saying that it is “ridiculous” to question whether or not Trump will take part in a peaceful transfer of power. Kurtz does bring up some important facts like how the General Services Administration is refusing to sign a routine transition order that would allow Biden’s staff access to federal buildings and documents. However, he compares these very concerning election behaviors to Biden calling Trump “embarrassing.” In an attempt to create a "two sides" narrative, Kurtz actually perfectly illustrates the significant differences between attempting a coup and saying a mean word. Obviously, Twitter wasn’t having any of it:

yes. you’re right. an attempted coup and whoopi goldberg being rude on the internet are the exact same level of bad. https://t.co/NvvRUZeYjq

People always forget about the forth branch of government, Whoopi Goldberg pic.twitter.com/zODR26xcYw

Yes, I always said that Whoopi Goldberg should stop interfering with the President-Elect's intelligence briefings. Totally a "both-sides" kind of thing. https://t.co/EIRpqeGEtt

ah yes, the famous two sides, "the president of the United States" and "Whoopi Goldberg" https://t.co/DiQoOoz6OW

Whoopi Goldberg now has to be Biden's GSA administrator. I don't make the rules. https://t.co/FKhowJUl0F

Whoopi Goldberg Wants To Cure Your Cramps With Cannabis

Tags: Whoopi Goldberg , Donald Trump , twitter , Joe Biden , election 2020 , funny
Support Feminist Media!
During these troubling political times, independent feminist media is more vital than ever. If our bold, uncensored reporting on women’s issues is important to you, please consider making a donation of $5, $25, $50, or whatever you can afford, to protect and sustain BUST.com.
Thanks so much—we can’t spell BUST without U.