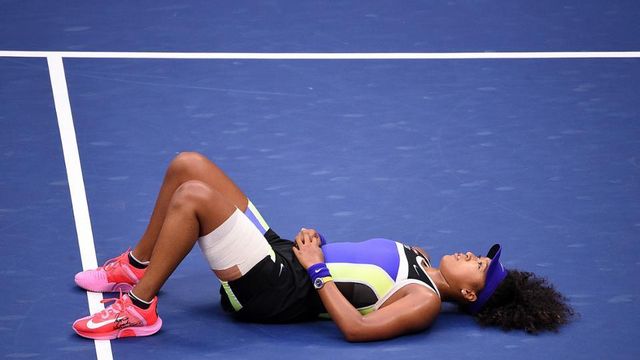 On Saturday, Naomi Osaka, the 22-year-old tennis champion and activist, entered the final match of the U.S. open wearing the name Tamir Rice printed across her mask. In the next hour and a half Osaka would go on to win the game, making her a three-time major winner and two-time U.S. Open winner. Osaka secured her place in tennis rankings not only as a leader in major wins but also as a passionate face for social justice and the movement to end police violence.

Despite the lack of a physical audience, Osaka came to the competition prepared to speak out on racial injustice in the United States and to reassert her power on the court. She won the championship against Victoria Azarenka despite losing the first set, making her the first woman to accomplish this kind of a comeback since Arantxa Sánchez-Vicario in 1994. ESPN attributes Osaka’s win to her ability to remain calm despite the overwhelming pressure in the championship itself and the rest of the world’s stressors.

The first time Osaka won the U.S. Open in 2018, she beat her idol, Serena Williams, and the success was bittersweet. This time, as a more established champion she was able to celebrate her success more fully. At the end of the match, Osaka laid on her back in the middle of the court and took it all in. "I was thinking about all the times I've watched the great players sort of collapse onto the ground and look up into the sky, I've always wanted to see what they saw," she said.

Osaka wanted to do more with her platform at the U.S. open than just win. She brought seven masks to the Grand Slam and was able to wear them all, one to each match. Each mask bore the name of a Black person killed by the police in the United States; their names are Breonna Taylor, Elijah McClain, Trayvon Martin, Ahmaud Arbery, George Floyd, Philando Castile and Tamir Rice.

This statement is not new to Osaka who has invested her three years of tennis fame into bringing awareness to injustices in the United States policing system. In July, she wrote an op-ed for Esquire detailing her complex identity as Japanese, Haitian and American and why she flew to Minneapolis to protest after George Floyd’s murder.

During the Western and Southern Open at the end of August, Osaka also joined the NBA in striking for Black lives. A portion of her twitter post read, “Before I am an athlete, I am a Black woman...I don’t expect anything drastic to happen with me not playing, but if I can get a conversation started in a majority white sport I consider that a step in the right direction.”

During one of Osaka’s earlier matches, Billie Jean King, the iconic tennis champion from the 60’s and 70’s, came out in support of her and said, "I really admire what she's done. Sports is a platform, and women's tennis, we are the leaders in women's sports, and Naomi has really stepped up." In her time, King also used her tennis fame to advance social justice causes like equal pay in sports.

After her win, Osaka posed for photos next to her boyfriend, rapper Cordae, who donned a “Defund the Police” shirt. Osaka wore an old Kobe Bryant jersey which she made a habit of doing after every game. Bryant was her mentor and motivated her to be more than just an athlete. In just three years, Osaka has lived up to this challenge and only promises to keep making waves.

Tags: sports , Naomi Osaka , BLM , activism
Support Feminist Media!
During these troubling political times, independent feminist media is more vital than ever. If our bold, uncensored reporting on women’s issues is important to you, please consider making a donation of $5, $25, $50, or whatever you can afford, to protect and sustain BUST.com.
Thanks so much—we can’t spell BUST without U.