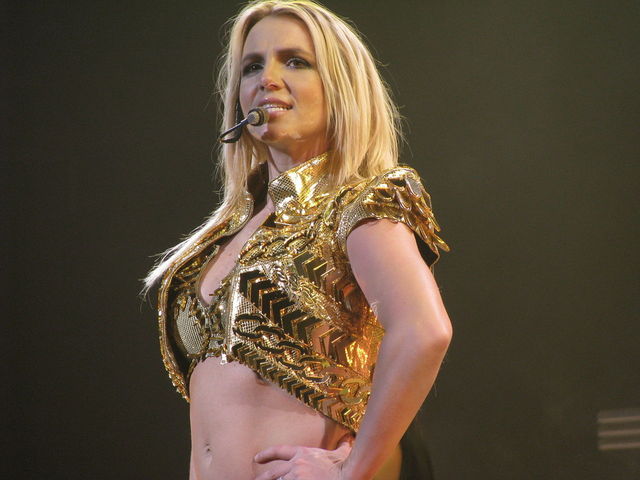 Britney Spears has been in the public eye since she broke onto the music scene in the ’90s. Since then, Spears has become a staple of popular culture. If you pay attention to what people say about the former "Princess of Pop," you might notice that a lot of people are calling for her freedom with the #FreeBritney movement.

The #FreeBritney movement is a movement dedicated to getting Spears out of a conservatorship where she's not in control of her finances or her daily life. The #FreeBritney momentum really picked up on a podcast called Britney’s Gram, where the hosts received an anonymous voicemail alleging that Spears was being hospitalized against her will. The podcast also talked about the conservatorship often and tried to investigate more into it. This was one of the catalysts to leading the #FreeBritney movement especially moving into the mainstream and gaining the support of other celebrities, such as Miley Cyrus and Cher.

Miley Cyrus yells “Free Britney” during a recent performance of “Party in the USA” at the Beale Street Music Festival. pic.twitter.com/tVw2Vxk4GJ

Inside the Battle for Britney Spears https://t.co/t6McOBuuSv via @LAMag POSSIBLE ...JUST ENOUGH MEDS TO KEEP HER WORKING,BUT NOT ENOUGH TO HAVE A LIFE

But what exactly is a conservatorship? A conservatorship is when a guardian is appointed by a judge and given permission to manage the daily life and finances of an individual due to physical or mental limitations. Conservatorships are mostly done in cases of comas, dementia, or when someone has an illness that makes them incapable of making judgments.

Spears was placed in a conservatorship involuntarily in October of 2008 where her father and an attorney, Andrew Wallet, became her conservators. This conservatorship meant that Spears had to have her father sign off on every purchase. A New York Times article in 2016 stated, “Her most mundane purchases, from a drink at Starbucks to a song on iTunes, are tracked in court documents as part of the plan to safeguard the great fortune she has earned but does not ultimately control.”

This conservatorship came at a time when Spears was going through a very public mental health episode, but it also came shortly before she got back to work on her album Circus, despite the reason for the conservatorship being her mental well-being. This means Spears didn't have control of her own finances while releasing a wildly successful record and going on a large-scale world tour.

Fans think that the conservatorship is exploitative and unfair to Spears. Even Spears’ own mother reportedly liked posts about the movement. The #FreeBritney movement went from the internet to the streets in April of 2019 when fans protested outside of West Hollywood City Hall where many alleged that she was being held in the hospital against her will.

The next day after the protests, Spears was released from the hospital and released an Instagram post the following day where she said, “My situation is unique, but I promise I’m doing what’s best at this moment.”

I wanted to say hi, because things that are being said have just gotten out of control!!! Wow!!! There’s rumors, death threats to my family and my team, and just so many things crazy things being said. I am trying to take a moment for myself, but everything that’s happening is just making it harder for me. Don’t believe everything you read and hear. These fake emails everywhere were crafted by Sam Lutfi years ago... I did not write them. He was pretending to be me and communicating with my team with a fake email address. My situation is unique, but I promise I’m doing what’s best at this moment ??? You may not know this about me, but I am strong, and stand up for what I want! Your love and dedication is amazing, but what I need right now is a little bit of privacy to deal with all the hard things that life is throwing my way. If you could do that, I would be forever grateful. Love you ❤️❤️❤️

Her statement didn’t convince a lot of fans, who believe that her Instagram is one of the things controlled by her father and that she was forced into making the post. Many fans tried to decipher clues in the video to see if she was reaching out for help and looked for signs that she was being controlled.

Fans took one look at this very disturbing short clip and freaked out...they're convinced Britney is being held against her will...something isn't right here. https://t.co/B5JX0i04M8

The Blast reported that Spears was supposed to be in court on July 22 but that the hearing was postponed due to fans crashing the Zoom link. Many people have joined the #FreeBritney movement, and there’s even a petition that was started by fans asking Congress to step in.

Spears’ father stepped down from being her conservator in September of 2019 for health reasons and was temporarily replaced by Jodi Montgomery, her care manager. Her position is set to expire this year, but it could become permanent. Sources say that Spears is fiercely opposed to her father becoming her conservator again and she wants Montgomery to become a permanent conservator, instead of a temporary one.

Fans have noted that she often seems distressed or off in her Instagram posts, such as one where she casually mentioned that her gym burned down or answering fans' questions. This conservatorship has made many fans like she’s been exploited because she doesn’t get to control the money that she earned from her work dating back to her teenage years. It also comes off as exploitative when you acknowledge that she was working shortly after she was placed under a conservatorship which was done for her mental health. It makes one wonder how concerned they are for her mental health when they had her working throughout the year they said she was struggling.

She seems really distressed and it’s like someone’s watching over her while she’s answering fan questions because watch her body language and eye contact when she slips up ? #FreeBritney https://t.co/NKNfFcEo3P

The support Spears is receiving now is something that would be unthinkable in the era of the 2000s, which was when Spears arguably needed the support the most. Throughout the 2000s, we saw Spears’ mental health decline and, instead of showing empathy and understanding to someone going through a difficult time, media decided to turn her struggles into a sensationalized frenzy. Between the infamous head-shaving incident and her tumultuous relationship with Kevin Federline, she became a laughingstock instead of getting the support she desperately needed at the time. There is a glimmer of hope in the fact that we now take mental health more seriously and how we treated her issues back then would not fly today.

Earlier this month, Spears’ younger sister Jamie Lynn Spears was named the trustee of Spears’ trust which would make her responsible for distributing Spears’ assets to her sons in the event of her death. The L.A. Times reports that Jamie Lynn’s move doesn’t seem to be related to the ongoing conservatorship battle. Back in July, Jamie Lynn made a since-deleted post on Instagram that seemingly alluded to Spears' situation, asking people for privacy amid the speculations.

As of right now, a judge has extended Britney Spears’ conservatorship until February of 2021. But the #FreeBritney movement powers on. Just this week, Spears appeared to support the #FreeBritney movement, according to leaked court documents. "Britney herself is vehemently opposed to this effort by her father to keep her legal struggle hidden away in the closet as a family secret," said her lawyer, as per Page Six.