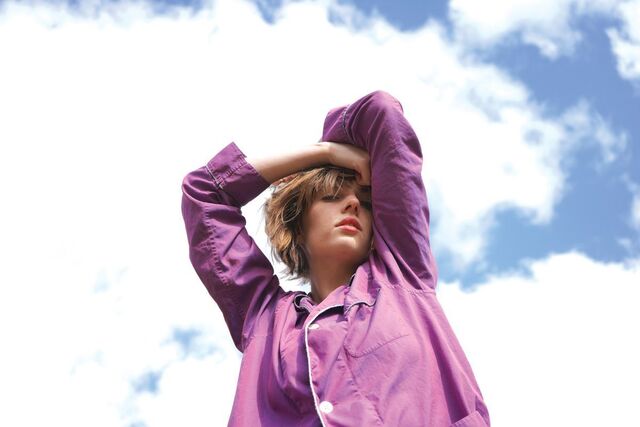 Maya Hawke wants to connect with people. It’s evident in her portrayal of Stranger Things wisecracker Robin Buckley, and at her intimate, sold-out concerts. This desire is also a lyrical theme running through her debut album Blush (out August 21). “All my songs are love songs,” says the 21-year-old. “Even the one about my dad is a love song, the ones about my friends are love songs, the ones that are just about lust are love songs.”

Hawke has been writing lyrics for years—some songs on her record initially started out as poems she wrote back in high school—but she began writing even more after her acting career took off, during downtime on set and in hotel rooms. She reached out to a longtime friend, Grammy-winning musician Jesse Harris, for songwriting advice, and the two started collaborating and recording music. But even at that point, Hawke didn’t plan on making an album. She and Harris, she explains, built it piece by piece. At first, they were going to release a single, then an EP. “It was just sort of a natural fallout,” she says. “Once you have 12 songs, what are you going to do with them?”

Acting, however, has always been Hawke’s first love. She grew up in New York, between the households of her famous parents Ethan Hawke and Uma Thurman, who divorced when she was seven. After graduating high school, she she spent a year at Juilliard before deciding to drop out so she could take the role of Jo March in the BBC’s 2017 Little Women mini-series. Hawke tells me there are three things she looks for in a project: if it’s well-written, if it’s smart, and if her character is brave. “I like to play brave women,” she says. 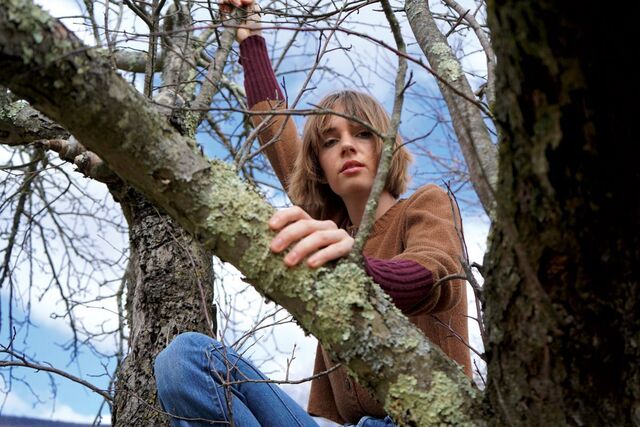 On all three of those counts, Hawke’s breakout role on Netflix’s Stranger Things is a perfect one. It was “terrifying,” she recalls, to join such a beloved show in its third season as a newcomer. But her character immediately became a fan favorite. Initially introduced as Steve’s clever, hyper-independent coworker, Robin ends up playing an integral role in cracking a complicated Russian code and exposing a new portal to the show’s “Upside Down” alternate dimension. All the while, she slowly forms a touching, unexpected friendship with Steve, and in the season’s penultimate episode, she comes out to him—making her the show’s first confirmed LGBTQ+ character.

“So often, when we see lesbian characters  on television, we see them entirely through  the context of their sexuality—which is how we  see women most of the time on television.”

“So often, when we see lesbian characters on television, we see them entirely through the context of their sexuality—which is how we see women most of the time on television,” Hawke says. “To play a gay woman who you’re not seeing just in [that] context meant the world to me. Yes, she is gay. But really, the heft of her journey is her using her brain, her ability to translate Russian, her humor, her feeling like an outsider, and her becoming part of something.” After all, she adds, “compared to the Demogorgon, liking girls is not such a big deal.”