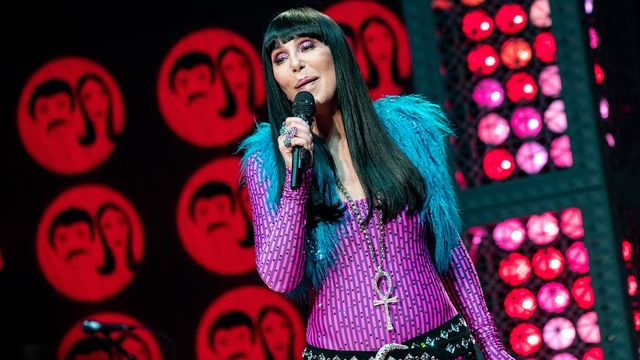 If you’ve been paying attention recently, you might have realized that there’s a problem with the United States Postal Service: It’s overwhelmed and underfunded especially in the age of the COVID-19 pandemic, Donald Trump is hell-bent on defunding the postal service because he’s scared of losing an election, and the new Postmaster General Louis DeJoy made some drastic changes that seem to hurt the service more than help. We have never seen such big problems with the USPS. In fact, there’s polling that suggests that the USPS is one of the most well-liked government agencies.

In the upcoming election, more people than ever will be relying on the USPS to cast their ballot. Mail-in voting has been a thing for a long time, but Trump has been making unsubstantiated claims that mail-in voting will lead to mass voter fraud. This isn't new: we saw him tout voter fraud as an issue in the last election because he was a sore loser. And I'm sure we'll see the same thing again in this election. But let's be clear: mail-in voting does not lead to voter fraud. In fact, there are states that vote entirely by mail and have not seen any evidence of voter fraud.

Because of these problems, a lot of people, including those in Congress, are calling for more funding for the USPS. And Cher is trying to volunteer her time to the service.

The iconic "I Got You" singer began to tweet — as she often does — about her desire to volunteer for the USPS. On Wednesday, she was trying to get a volunteer position at her local postal office. In a series of tweets, Cher asks if she could volunteer for the post office and detailed her efforts to volunteer. In an update, she said, “Ok, called 2 post offices in Malibu. They were polite. I said, 'Hi, this is Cher and I would like to know if you ever take volunteers!?' Lady said she didn't know and gave me # of supervisor. I called and said, 'Hi this is Cher do you accept volunteers?' 'No, need fingerprints and background check.”

NO,IM NO KIDDING...COULD I
VOLUNTEER AT MY POST OFFICE ⁉️

IS NO ONE GOING TO HELP ME
WITH POST OFFICE ?

OK,Called 2 post offices In Malibu.They were polite.
I Said”Hi This Is Cher,& I Would like to know If you ever take Volunteers⁉️Lady Said She Didn’t Know & Gave Me # Of Supervisor.I Called & Said Hi This is Cher Do U Accept volunteers.”NO,Need
Fingerprints & Background Check”?

Cher’s desire to volunteer for the post office isn’t unfounded as the USPS faces great difficulty in the age of the coronavirus and is being weaponized by Trump and the new Postmaster General he appointed, who was a donor of his. Trump doesn’t want to fund the post office because he’s against mail-in voting (unless it’s in Florida, where he’s voting by mail.) But the post office is so much more than mail-in voting; it’s how people get checks, medicine, and letters. The dismantling of the USPS should send alarm bells to everyone, regardless of party.

Unfortunately for Cher and anyone who wants to volunteer, the USPS doesn’t accept volunteers. However, they do hire. While Postmaster General Louis DeJoy has rolled back some of the changes he planned to make, there’s still the looming fear of him working for Donald Trump’s reelection campaign. DeJoy also talks about the USPS like it’s a business when it’s not. It’s a service. And it’s one that’s desperately needed, especially in the age of coronavirus. DeJoy will testify to the Senate today. If you're planning to vote by mail, please send your request for ballots in as soon as possible.