The Dark Side of Tiktok: Tony Lopez, The Hype House, and a Toxic Environment of Sexual Harassment 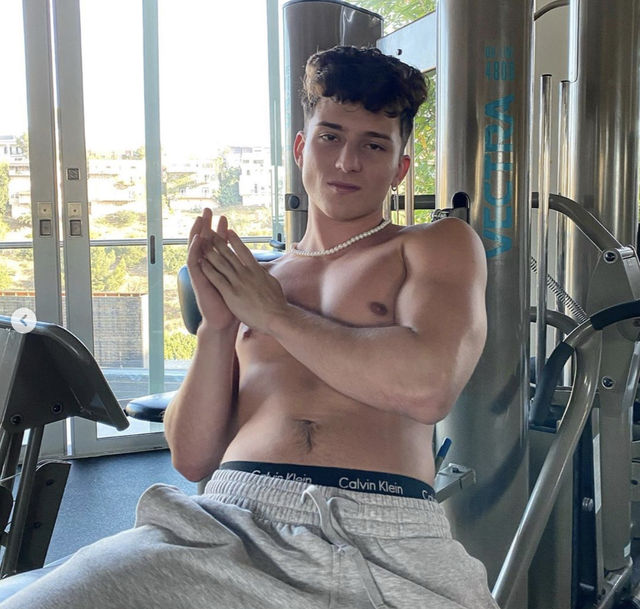 TikTok star Tony Lopez has been exposed after screenshots revealed the 20-year-old had been sending sexually explicit messages to a 15-year-old girl. According to The TikTok Shaderoom, Tony was messaging a minor through Instagram DMs and on Snapchat. The underaged victim, identified as Cay, commented alongside screenshots of the Snapchat messages sent by the Hype House member: "But as you can see here, he continued to say s--t knowing that I wasn't of age. But predators don't care!"

Cay added, "He would snap me everyday at random times just to say some shit to me [about] wanting to fuck or [just] some weird shit. I would go along [with] it just to build a 'case' against him [because] I knew he was sus."

After the screenshots were released, another girl came forward claiming that the TikToker was pressuring her to have sex with him when she was 17 years old. Although he has yet to address the accusations, Lopez tweeted on August 8, "I've got a lot to talk about. I love you guys stay happy." Considering his fans are mostly underage girls from the ages of 12 to 15, this is especially creepy.

Tony Lopez is a member of the Hype House, which has its own breed of drama. Similar to the Vlog Squad and Team 10, the Hype House is a group of TikTokers based in Los Angeles who live in a mansion together where they create content. It allows mostly white, straight, cis famous TikTokers to create videos with each other easily. They have since separated because of Coronavirus but plan to get back together to make content soon. But what’s really creepy about the Hype House are the age differences. Most of the men are above 20 and live in the same house as 15, 16 and 17-year-old girls.

When Tony Lopez’s nudes were leaked, people made jokes in his comments for a few weeks but then things went back to normal. Lopez was even able to joke about the nudes himself without receiving any hate. However, when Megan Guthrie's nudes were leaked back in April, her comments were flooded with hate saying things like “somebody’s views are going down” and “you’re asking for it” and “if you don’t want your nudes leaked, you shouldn’t have taken the pics.” Even though her nudes were leaked when she was underaged, people continue to comment horrible sexist things, threatening rape, and telling her to kill herself months later. Disgustingly enough, the commenters on Meg’s posts use her nudes as profile pics.

There were MANY other TikTokers who were accused of sexual harassment and assault. Like Alaskan Boii, who sent sexually inappropriate messages he allegedly sent to a 13-year-old when he was 16, and Tayden, who sexually assault a 16-year-old and in response made a video of him aesthetically crying at sunset to garner sympathy. Tony Lopez’s brother, Ondreaz Lopez, was also accused of sexual harassment by fans and famous TikToker Clapdaddie has been accused of preying on underage trans men.

Despite these controversies, there are SO many sexist and misogynistic trends on TikTok. Just recently, there was the Will Smith Challenge, where men harass women and try to make them cry as revenge for Jada Pinkett’s “entanglement” with R&B singer August Alsina. Men were also doxing girls who danced to recently deceased Juice Wrld, claiming they ruined the song. There was a movement on TikTok where people came forward with their stories of sexual assault, using paint on their hands to mark where on their bodies they were raped. In response, men made fun of women, saying that women who go after famous men will claim they were raped the next day.

To combat all the misogyny on TikTok, which is often laughed off as dark humor that women “couldn’t” understand, women responded by using their own humor against them. For example, when men called women dishwashers or told them to go back to the kitchen, women responded by calling men wallets and telling them to go fix a car. Similarly, as a response to the horrific onslaught of things men do, women satirically brought the hashtag “Kill All Men” to TikTok. And, men on TikTok who obviously don’t understand dark humor when it’s about straight cis white men, started whining and then replied with “Rape All Women.” Many pointed out that men already get away with raping women so that statement is not as satirical as they see it.

A particularly horrific example of the misogyny on TikTok is with internet personality King Cailean. Back in March, semi-successful TikToker King Cailean, who frequenting says the n-word, uploaded a video of him and a friend raping an unconscious girl. Despite this disgusting crime which he himself captured on video, he still has a TikTok with thousands of views and people commenting “The King was proven innocent” with a bunch of crown emojis. While “King” Cailean has received praise in his comments with people saying she was acting “grown” and that she was “asking for it,” the video of the rape of an unconscious girl has been passed around Twitter. TikTok needs to hold this man accountable and ban him from the app.

This is not the only controversy that the Hype House has had. A handful of Tiktok stars in the Hype House have been caught saying the n-word. TikTokers like Lil Huddy, Mattia Polibio and Emmuhlu and many others do a quick apology and mostly move on successfully. Maybe they’ll take a few days off after a half-ass apology and then go right back to making dance videos and POVs the next week.

This is just the tip of the iceberg of the toxic environment of TikTok, we haven’t even talked about the vile comments that POC and LGBTQ+ creators get on every video and the shadowbanning they experience. TikTok, like all social media apps, is a safe haven for racists, homophobes, pedophiles and incels, but if we work together, we can change that.